Accessibility links
OfficeMax, Office Depot Confirm Merger Deal : The Two-Way The two companies hope that by coming together they'll be in better position to compete with Staples and others. What will the stores be called? That hasn't been decided. 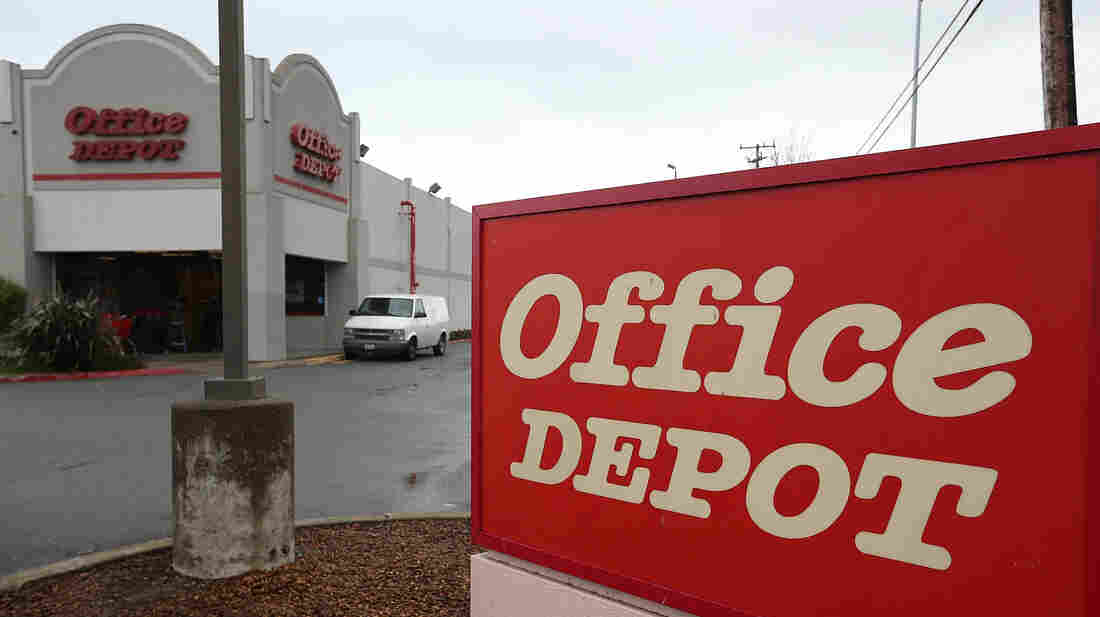 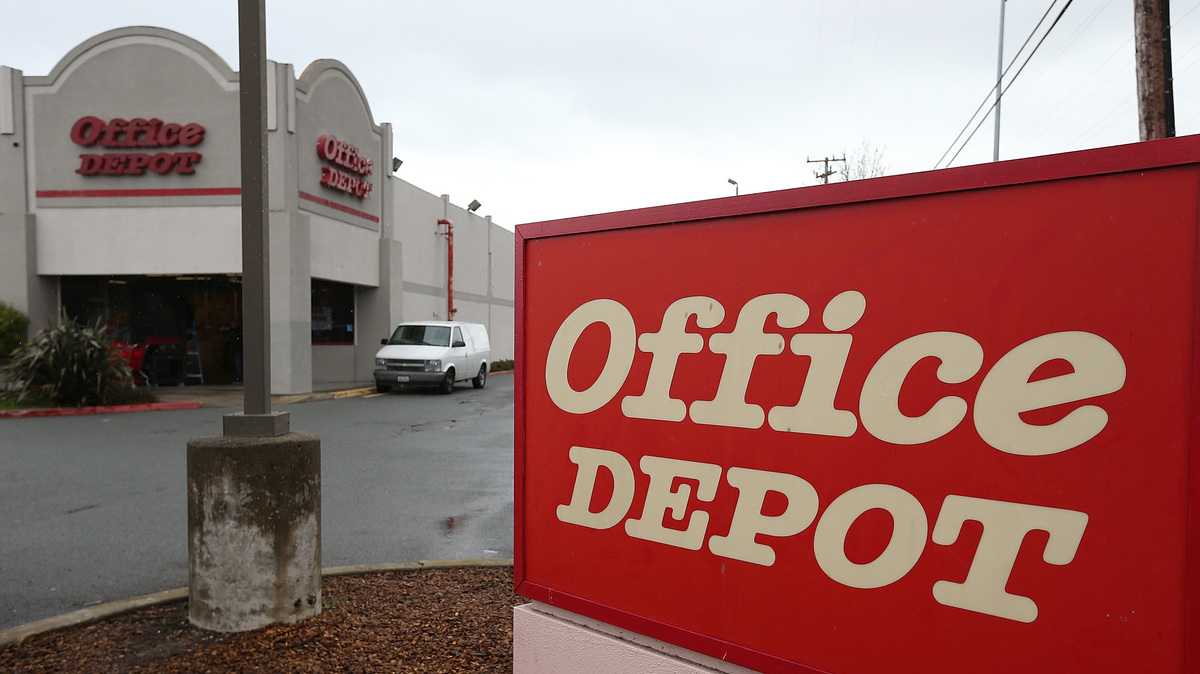 The deal has been talked about for days. Now it's official:

It goes on to say that the combined company would have had revenue of about $18 billion last year. It's hoped that the merger will give the new entity "significantly improved financial strength and flexibility, with the ability to deliver long-term operating performance and improvements through its increased scale and significant synergy opportunities."

The Wall Street Journal says it's Office Depot that is effectively buying OfficeMax "in an all-stock deal that values the rival office-supplies retailer at roughly $1.19 billion. ... Office Depot said it will issue 2.69 new shares — valuing OfficeMax at $13.50 a share based on Tuesday's close — for each OfficeMax share outstanding."

Reuters notes that "Staples has 39.9 percent of the U.S. office supply market, Office Depot 19.2 percent and OfficeMax holds 15.7 percent, according to Euromonitor International." It adds that "Office supply retailers, often seen as a barometer of economic health, have suffered as demand for their products fell after the recent U.S. recession. They also face strong competition from Amazon.com Inc and Wal-Mart Stores Inc in selling everything from pens and notebooks to furniture to government, businesses and individuals."

It's expected that some of the chains' stores will be closed since they do compete in some markets. What the company will be called after the deal is completed, most likely by the end of this year, isn't known.

There was a bit of a hitch in today's announcement. As The Associated Press writes, "there was some confusion about the deal Wednesday morning when Office Depot reported terms of the deal in a release on its Web site early Wednesday and then removed it, before restoring it after the market opened."