Accessibility links
Cash-Strapped Postal Service To Launch A New Clothing Line : The Two-Way In its search for new revenue streams, the Postal Service is getting creative. Its entered into a licensing agreement for a new apparel and accessories line called Rain Heat & Snow. 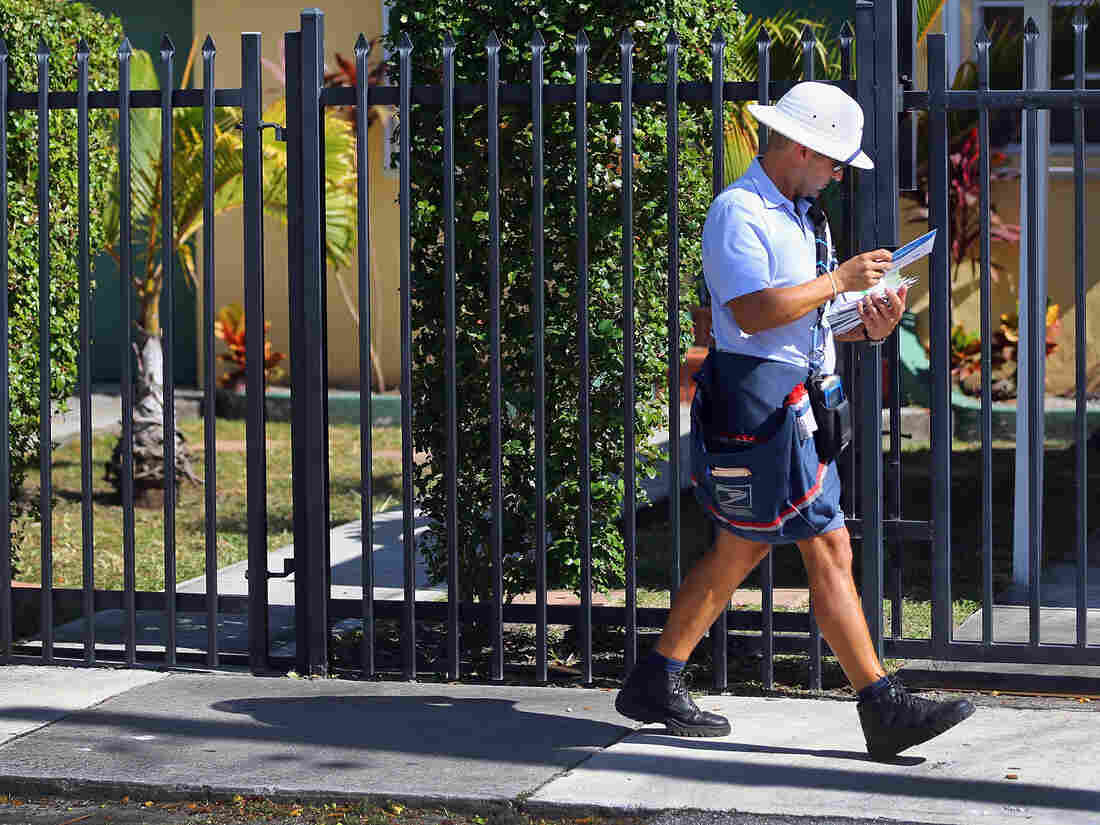 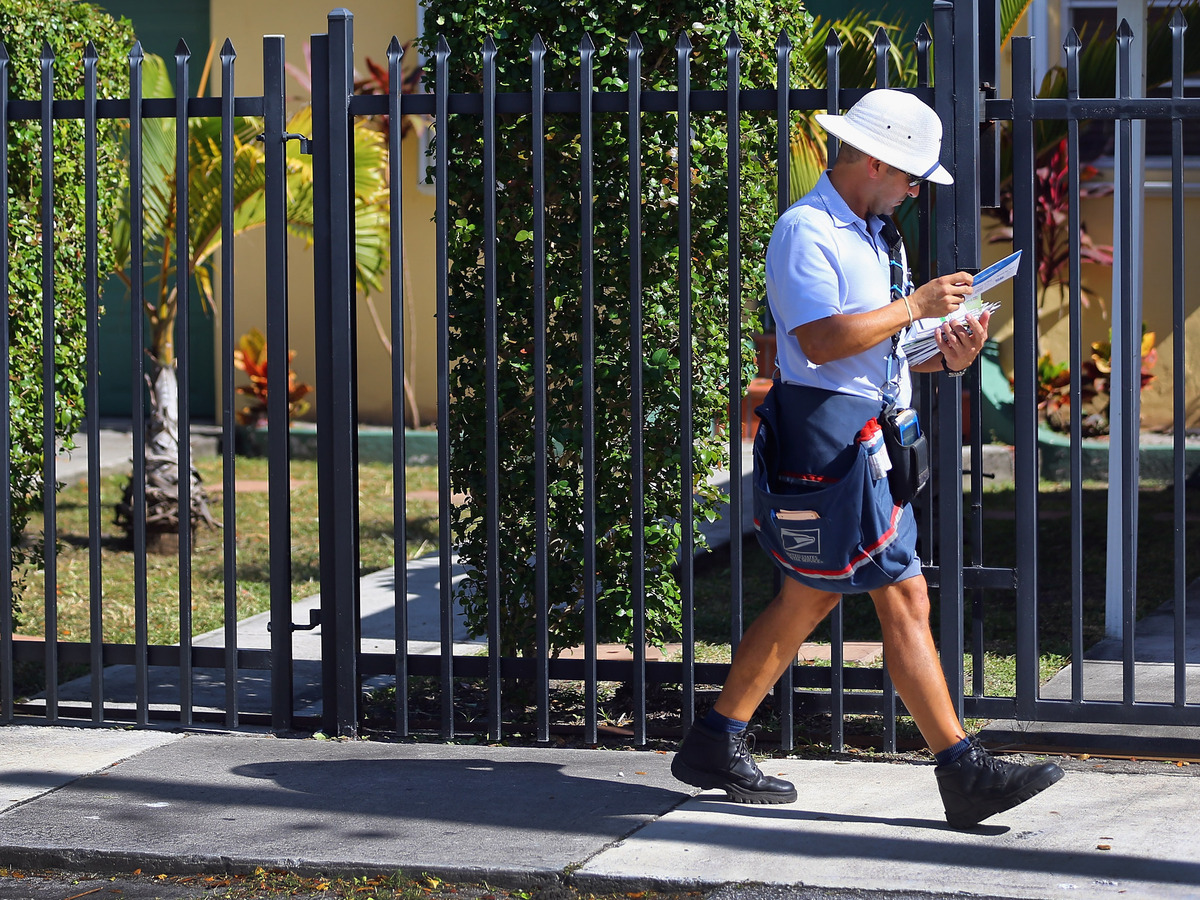 A mailman for the U.S. Postal Service delivers mail on November 15, 2012 in Miami, Florida.

The U.S. Postal Service is getting creative in its search for new revenue after last year's $15.9 billion budget shortfall. The agency says it will debut a new clothing and accessories line called Rain Heat & Snow, inspired by its unofficial motto: "Neither snow nor rain nor heat nor gloom of night stay these couriers from the swift completion of their appointed rounds."

The line will not feature the navy blue shorts, safari hats and other uniform staples of your mail carrier. Sportswear and outerwear under the Rain Heat & Snow label will "have electronic wiring and capabilities that will allow people to plug in iPods and hear music while they're walking, jogging," said agency spokesman Roy Betts.

The licensing agreement with Cleveland-based Wahconah Group comes on the heels of an announcement that the Postal Service will soon stop Saturday mail delivery, a move that's estimated to save $2 billion a year.

This isn't the agency's first foray into retail. According to the Washington Post, the Postal Service introduced "a limited retail line in the 1980s that included items such as T-shirts, mugs and neckties, all sold exclusively in post offices."

Expect this new line of clothing to debut in "premiere" department stores in 2014. "Nordstrom is one store we're looking at," said Betts.

We wondered: Will mail carriers be modeling the new line as they drop off our packages?

"We just have to wait and see," Betts said.