Accessibility links
L.A. Hotel Where Body Was Found In Water Tank Has 'Long, Dark History' : The Two-Way The "night stalker" stayed at the Cecil Hotel in the '80s. So did an Austrian man who killed at least 11 prostitutes in three countries. This week, a woman's body was found in a rooftop water tank.

From KPCC: Chris Nichols speaks with Susanne Whatley about the Cecil Hotel

L.A. Hotel Where Body Was Found In Water Tank Has 'Long, Dark History'

From KPCC: Chris Nichols speaks with Susanne Whatley about the Cecil Hotel

The gruesome discovery this week of a young woman's body inside a rooftop water tank at the Cecil Hotel in Los Angeles is not the Cecil's first brush with such notoriety, as Southern California Public Radio's KPCC reports. 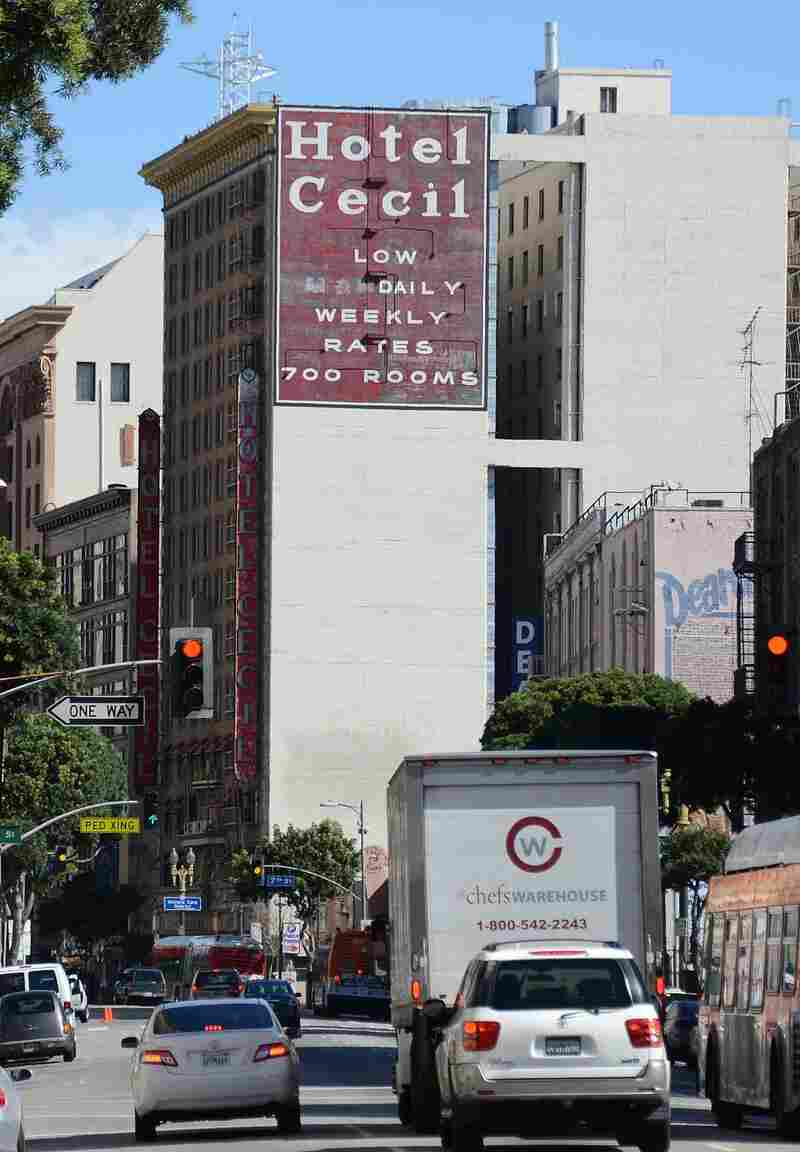 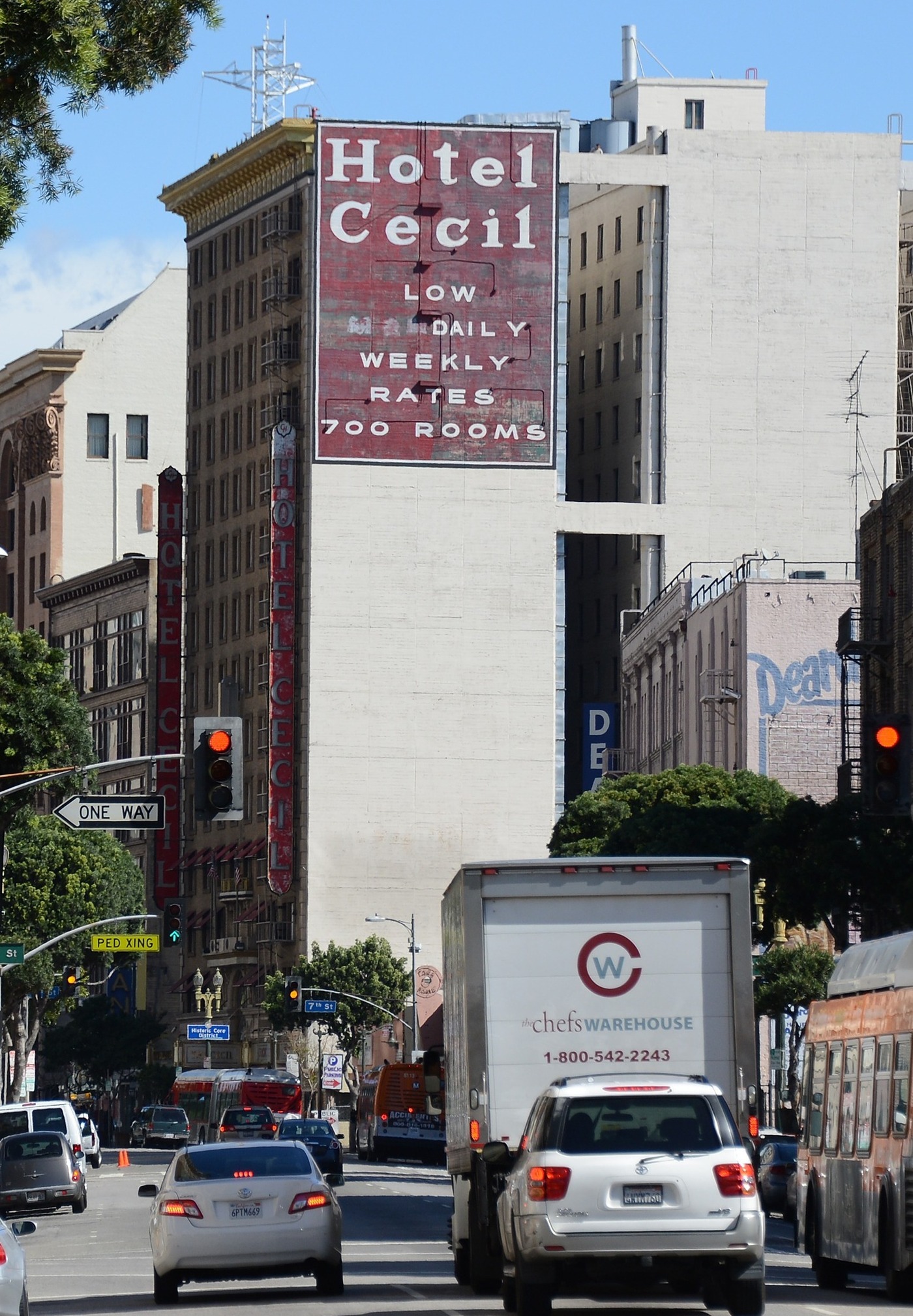 "Night Stalker" Richard Ramirez, now on California's death row, was a frequent resident in the 1980s, Nichols said. Back then, KPCC writes, "room rates were as cheap as $14. It's reported that he stayed in a room on the 14th floor while killing 14 people [he was convicted of 13 murders]."

Austrian murderer Jack Unterweger, KPCC adds, also stayed there in the '80s. "He picked up some prostitutes nearby and they ended up dead," Nichols said. The Guardian reminds us that "between 1990 and 1993 Unterweger murdered 11 prostitutes in Vienna, Prague and Los Angeles, strangling them with a self-styled ligature constructed from his victims' bra straps." Unterweger killed himself in an Austrian prison in 1994.

In 2007, new ownership took over the Cecil. A "boutique hotel/youth hostel hybrid" was added to the property. Nichols said he's recommended the Cecil to travelers.

Now, though, there's this week's tale. Here's how The Associated Press begins its latest report about what happened:

"British tourist Michael Baugh and his wife said water had only trickled for days as they brushed their teeth, showered and drank from the taps at the Cecil Hotel in downtown Los Angeles, but they could not have imagined the disturbing reason.

"The body of a Canadian woman was later discovered at the bottom of one of four cisterns on the roof of the historic hotel near Skid Row. The tanks provide water for hotel taps and would have been used by guests for washing and drinking.

" 'The moment we found out, we felt a bit sick to the stomach, quite literally,' Baugh said.

"Los Angeles County Department of Public Health officials were expected to release the results of tests on the water on Thursday."

The body is that of 21-year-old Elisa Lam, who had been staying at the hotel and was last seen on Jan. 31, the AP says. Authorities are investigating her death.

According to the AP, the hotel charges about $65 a night for its rooms.

From the Los Angeles Times: "No traces of disease-causing bacteria were found in the water supply of a downtown L.A. hotel where authorities discovered the body of a Canadian tourist inside a rooftop water tank this week, health officials said Thursday."