Accessibility links
NASCAR Crash Sends Car Debris Into The Stands At Daytona : The Two-Way More than two dozen fans were injured after a multi-car crash at the end of Saturday's race. A car slammed into — and partially went through — the fence and into the stands.

NASCAR Crash Sends Car Debris Into The Stands At Daytona

NASCAR Crash Sends Car Debris Into The Stands At Daytona 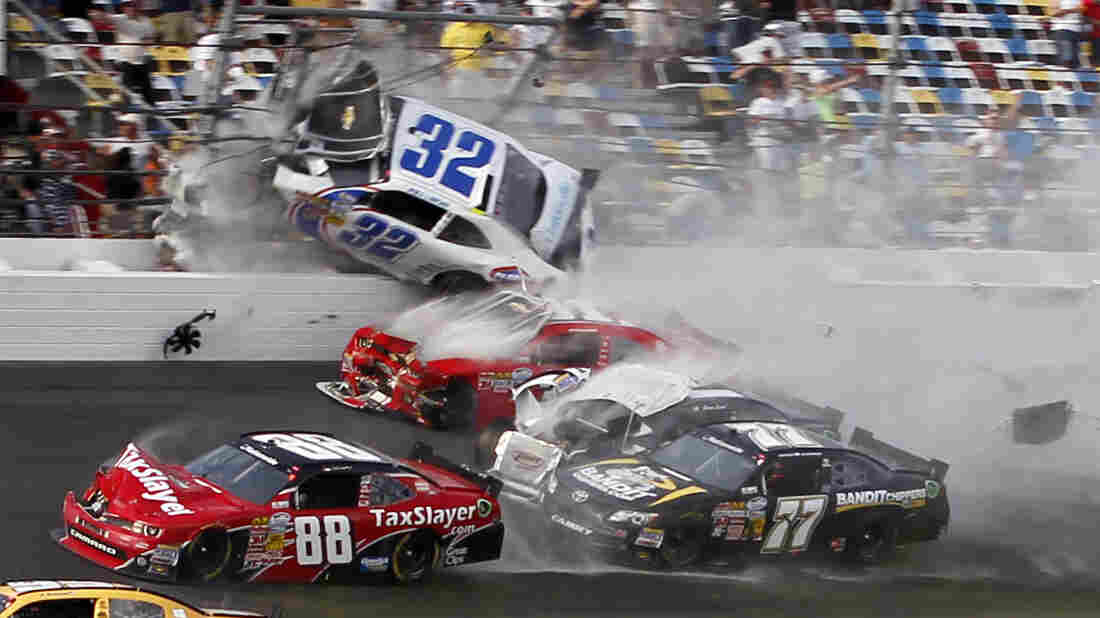 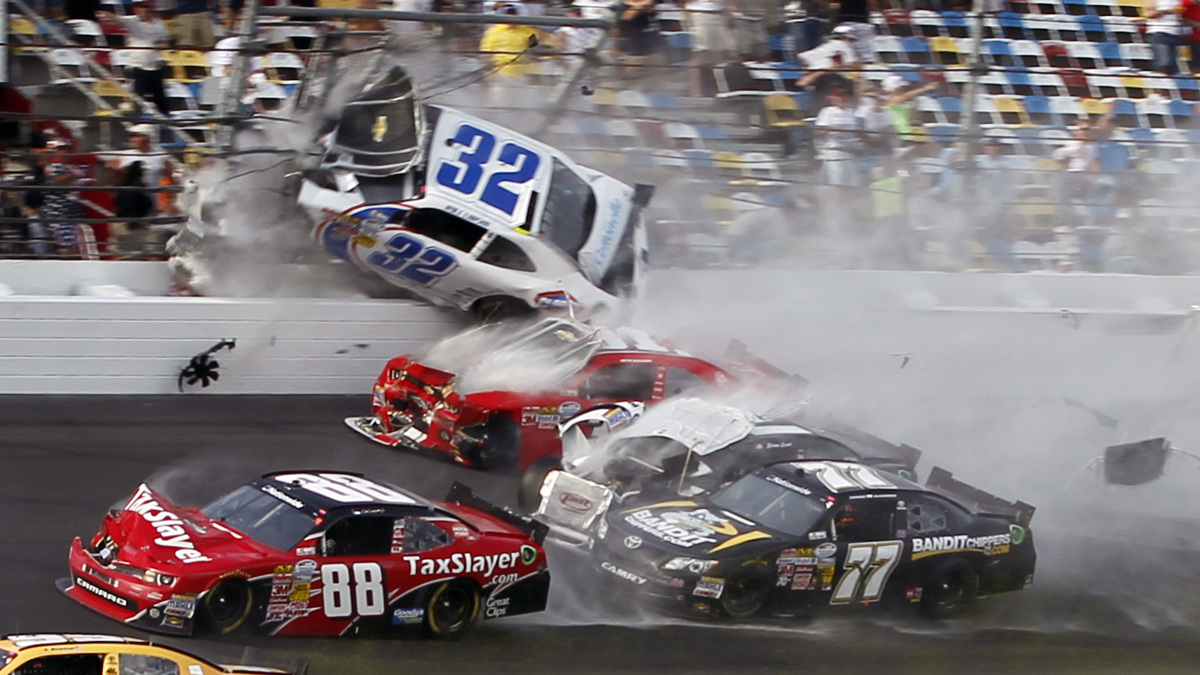 Kyle Larson (32) goes into the catch fence at the conclusion of the NASCAR Nationwide Series auto race Saturday at Daytona International Speedway in Daytona Beach, Fla.

More than two dozen NASCAR spectators were injured Saturday when a car crashed into the fence and sent car parts hurtling into the stands at Daytona International Speedway, officials said in a news conference. The multi-car accident hit on the last lap of the Nationwide Series opener, a day before the Daytona 500.

"Daytona International Speedway President Joie Chitwood says, 'We'll be ready to go racing' and is confident the track will be repaired in time Sunday for the Daytona 500."

NASCAR.com says the engine and tires of driver Kyle Larson's No. 32 car went through the catchfence. The article says Larson, 20, "emerged uninjured from a vehicle that had its front and rear ends completely sheared off by the accident."

Chitwood said that 14 people were taken to area hospitals for treatment for injuries, while another 14 were treated at an infield care center at the racetrack.

Deadspin.com has been collecting tweets and videos from people in the stands, including a clip that shows where a tire landed in the crowd. NASCAR also posted a video of the last two laps, with the crash happening at the very end:

Chitwood says the fence will be repaired for Sunday's race, and there are no plans to move fans from that area, the AP reports.

On Friday, NPR's Bill Chappell looked ahead to the Daytona 500. He noted that safety restrictions put the cars in packs now to regulate the cars' speeds:

"The tendency to clump together makes it hard for one driver to break away — and it also means that a slight error, or an impatient nudge, can spark an eight-car pileup that redraws the leader board." 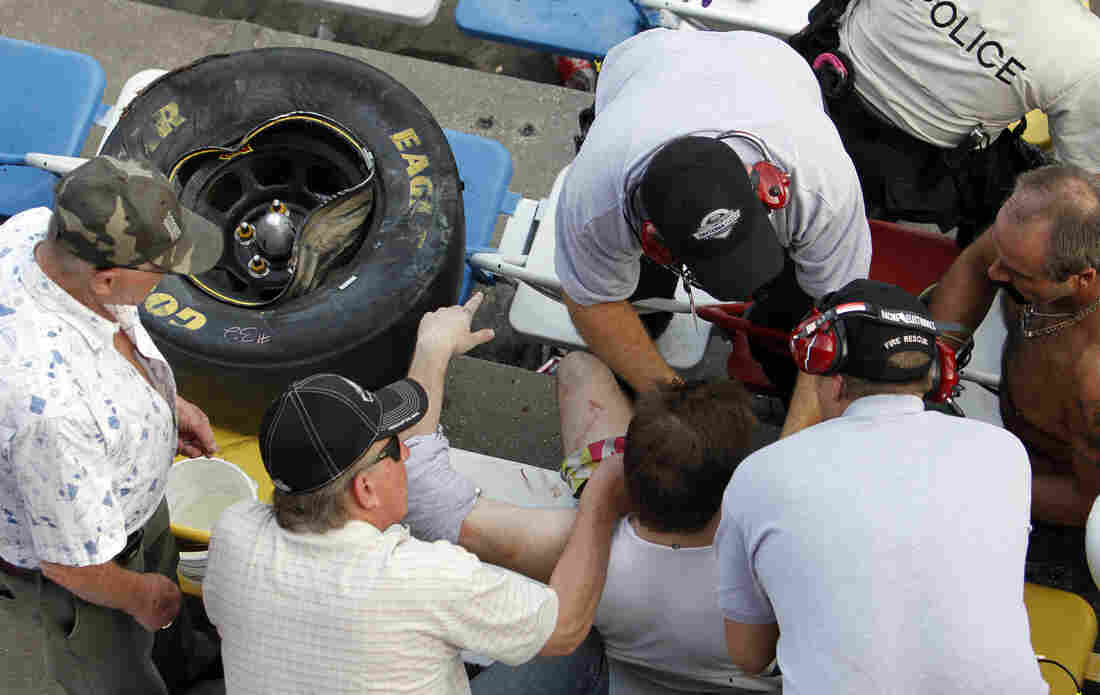 A tire from Kyle Larson's car flew into the stands during a crash at the conclusion of the NASCAR Nationwide Series race Saturday. David Graham/AP hide caption

Sunday's race had also been drawing attention because of Danica Patrick, who became the first woman to win the No. 1 starting slot.