Accessibility links
Liberal SuperPAC Under Fire For Tweets About McConnell's 'Chinese' Wife : The Two-Way Senate Minority Leader Mitch McConnell, R-Ky., is married to former Labor Secretary Elaine Chao, who was born in Taiwan. The PAC has been pushing messages that try to draw connections between McConnell's politics and his wife's heritage. His spokesman calls those messages "disgusting."

Liberal SuperPAC Under Fire For Tweets About McConnell's 'Chinese' Wife

Liberal SuperPAC Under Fire For Tweets About McConnell's 'Chinese' Wife 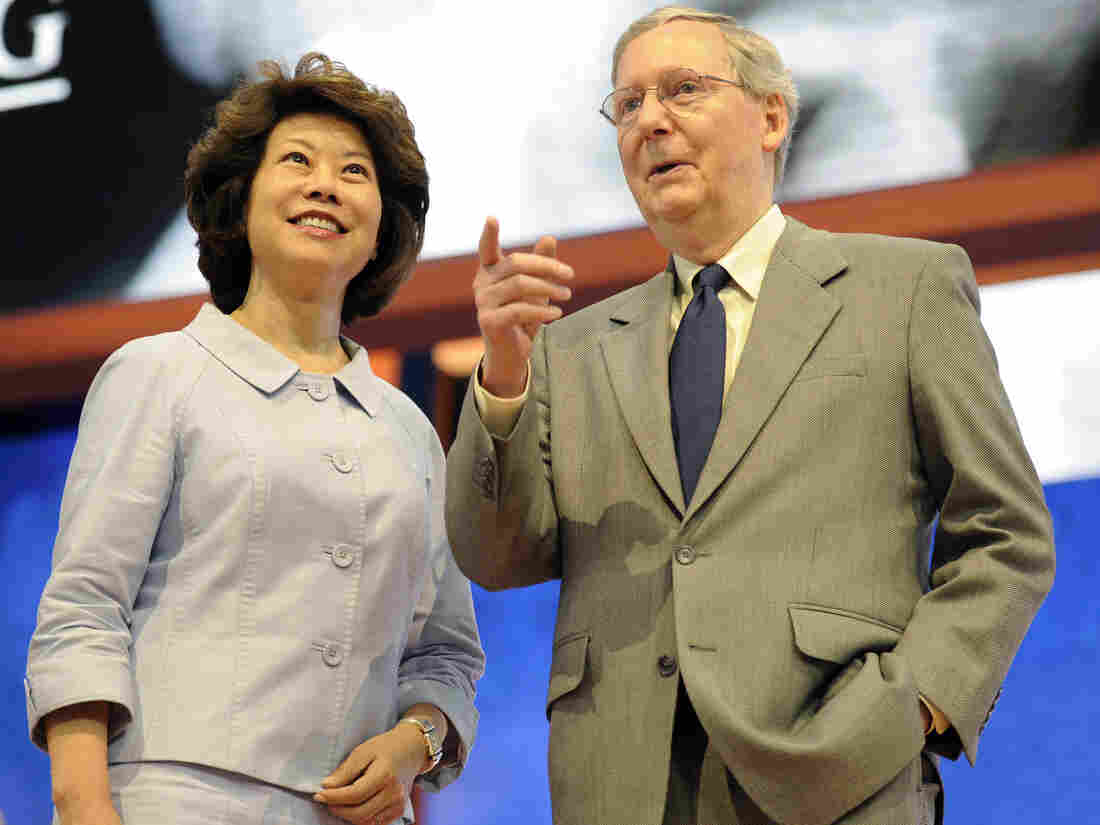 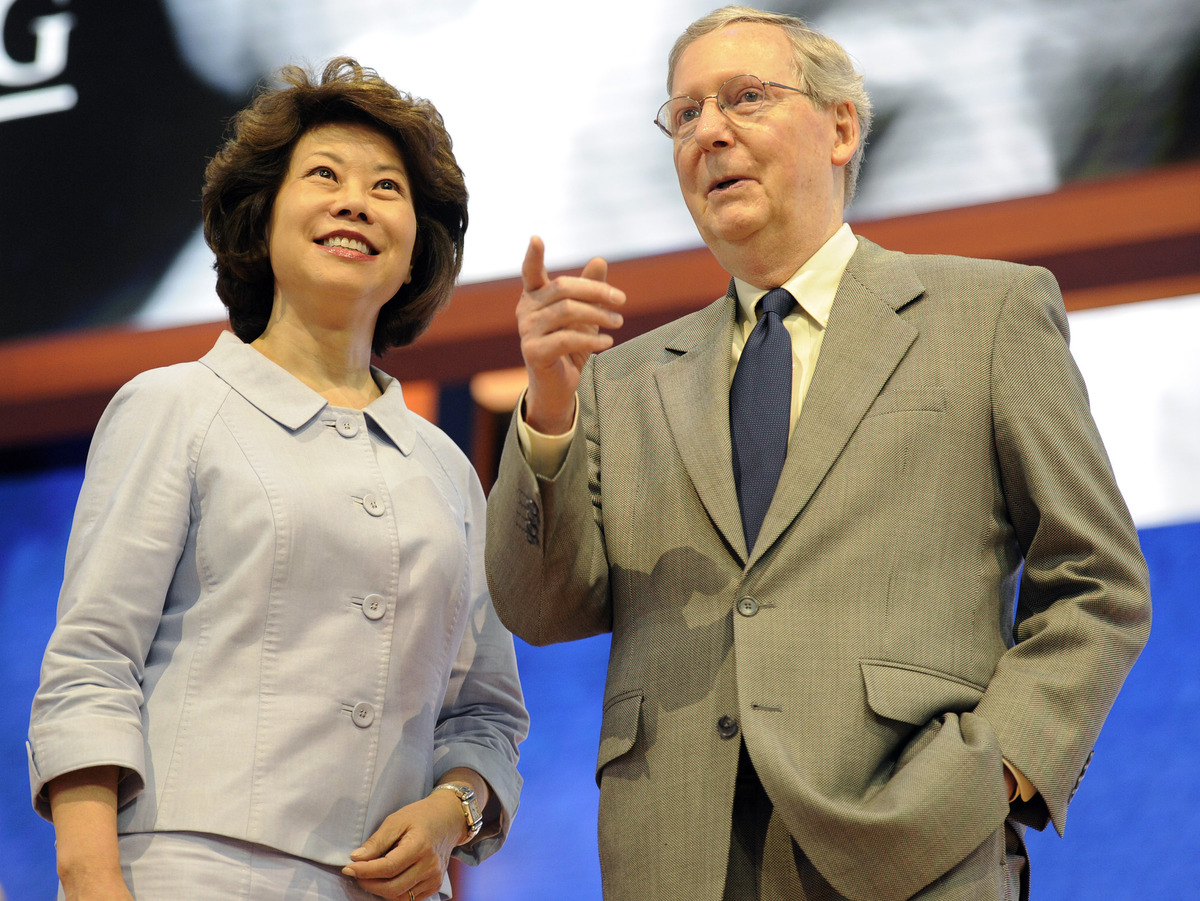 "For months, the liberal superPAC Progress Kentucky has attacked McConnell and held demonstrations at his offices and home.

"Recently, the group turned its attention to McConnell's wife, former Secretary of Labor Elaine Chao, with a focus on her race.

"In a Feb. 14 Twitter message, Progress says: 'This woman has the ear of (Sen. McConnell)—she's his wife. May explain why your job moved to China!'

"The Tweet links to a website run by conspiracy theorist and radio host Jeff Rense, alleging Chao, who was born in Taiwan, discriminated against American workers during her tenure."

Chao was secretary of labor in the George W. Bush administration.

Progress Kentucky spokesman Curtis Morrison tells WFPL that "it's not an official statement. It's a tweet. And we will remove it if it's wrong. ... We've got some tweets there that shouldn't be there and I'll make sure they come down." The tweet about who has McConnell's ear, though, is still online. And Progress Kentucky is still trying to make connections from China to Chao to McConnell. This post appeared Tuesday morning:

WFPL also points out that "other messages from Progress's social networking account about Chao have run for the past several days, saying her 'Chinese (money)' is buying state elections."

"McConnell and Chao married in 1993, and he has received hefty contributions from family, friends and business leaders in the Chinese-American community ever since. ... [But] McConnell has said those donations and connections have no effect on his foreign policy views or votes."

Federal Election Commission records show that Progress Kentucky filed a statement of organization on Dec. 13. Last week, the FEC notified Progress Kentucky that it needs to file records of its "receipts and disbursements" for the last half of December and that "failure to timely file a complete report may result in civil money penalties, an audit or legal enforcement action."