Accessibility links
Picking A Pope? Try The 'Sweet Sistine' Bracket Challenge : The Two-Way "March madness" is around the corner. So is the selection of a new pope. Religion News Service is bringing the two together.

Next month brings "March madness" for fans of college basketball.

It's also going to bring Roman Catholic cardinals together to choose a new pope.

Which means, according to Religion News Service, it's time to "make your picks in the Vatican's Sweet Sistine brackets!" 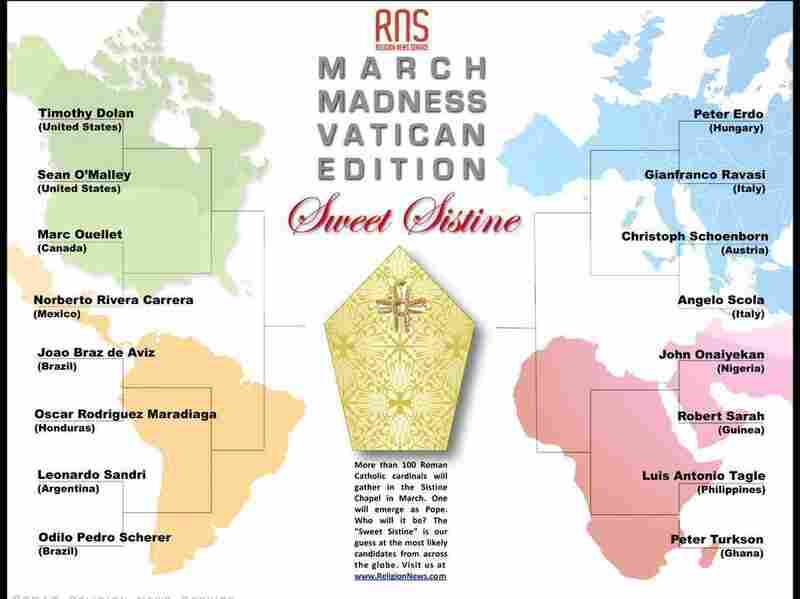 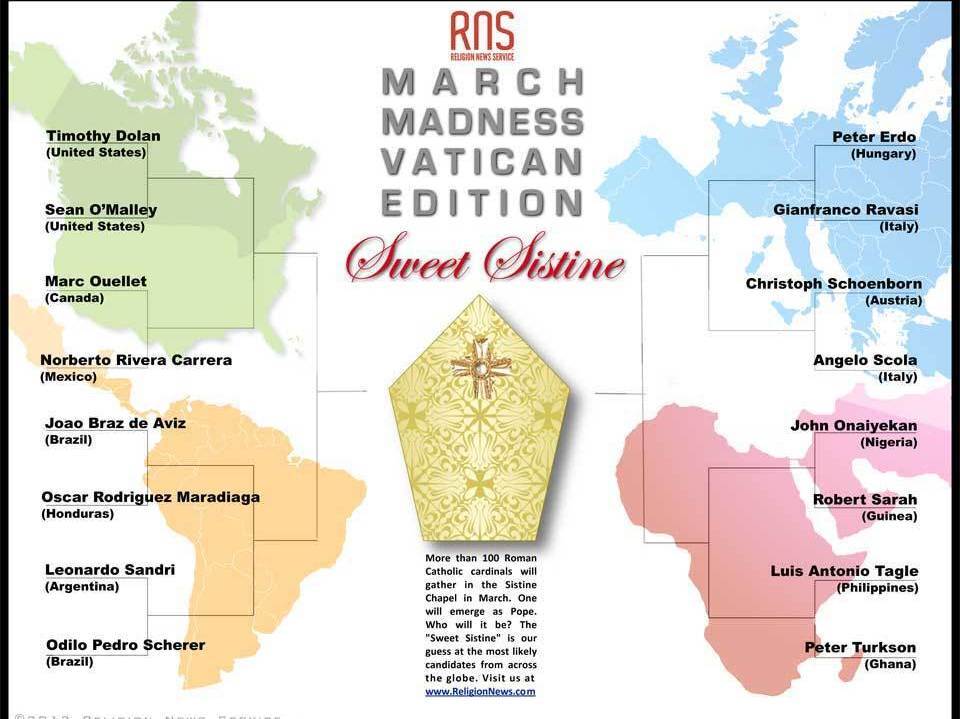 Yes, RNS has put brackets online and is getting folks to pick between some of the cardinals who are thought to be pope possibilities. First round voting — on the 16 "sweet sistine" choices — ends at midnight ET on Friday.

Now, as for advice on how to play the game:

-- You could look to those, such as NPR's Sylvia Poggioli, who cover the Vatican. As we reported earlier this month, she has crunched the numbers and concluded it's more than likely the next pope will be a European, just like nearly all the others. Italian Cardinal Angelo Scola, 71, is a leading contender.

-- Or, you could look to a source that knows something about bracketology, such as the sports staff at USA Today. If basketball brackets are any guide, USA Today says, "favorites rarely win ... long names are out" and seniors aren't going to lead you to victory. USA Today's conclusion? "That leaves one man. If the papal brackets hold true to form, the puff of white smoke will emerge to name Christoph Schoenborn as the new pope."

-- Betting parlors in Europe, of course, are laying odds on which cardinal will become the new pope. You might find some good guidance there.

As you would expect, The Two-Way team's attorney wants us to remind everyone that we are not endorsing the idea of betting — on basketball games or pontiffs.