Accessibility links
Senate Hearing On Gun Control Turns Emotional : The Two-Way Neil Heslin, whose 6-year-old son was killed in Sandy Hook, cried while telling a Senate Committee that guns have not been adequately regulated. He said the day he lost his son was the saddest and worst day of his life. 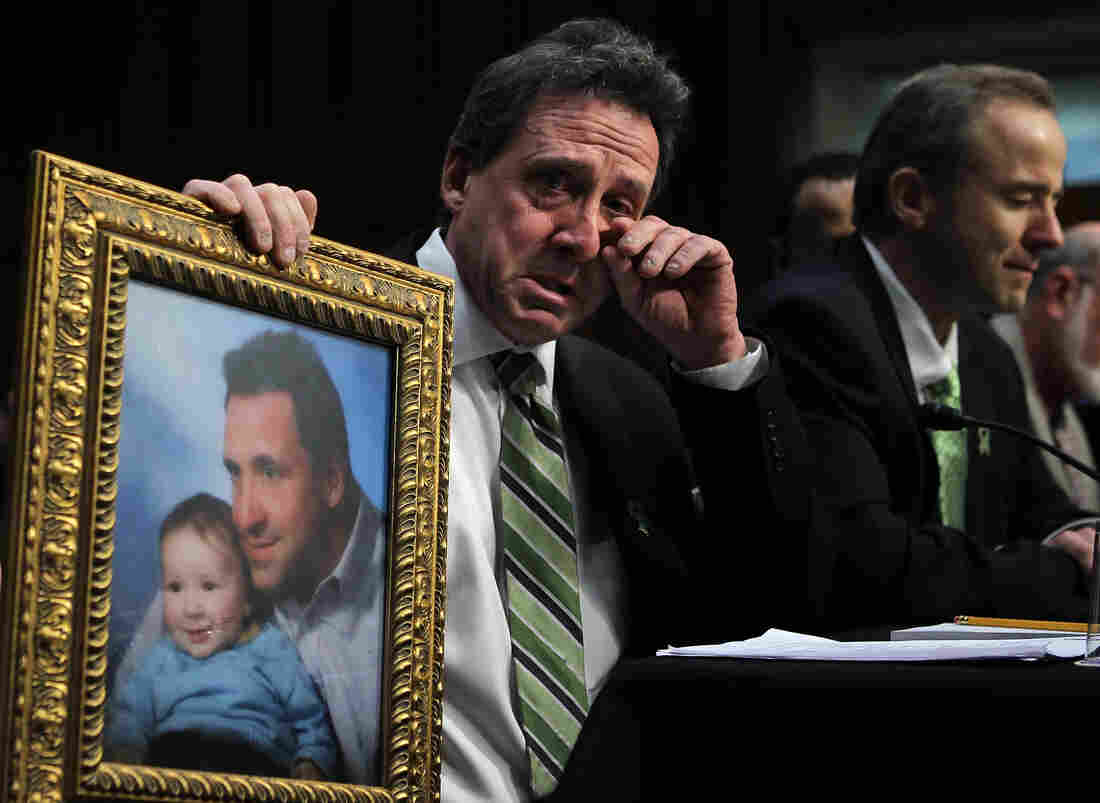 Neil Heslin, father of six-year-old Sandy Hook Elementary School shooting victim Jesse Lewis, holds a picture of him with Jesse as he testifies during a hearing before the Senate Judiciary Committee on Wednesday. Alex Wong/Getty Images hide caption 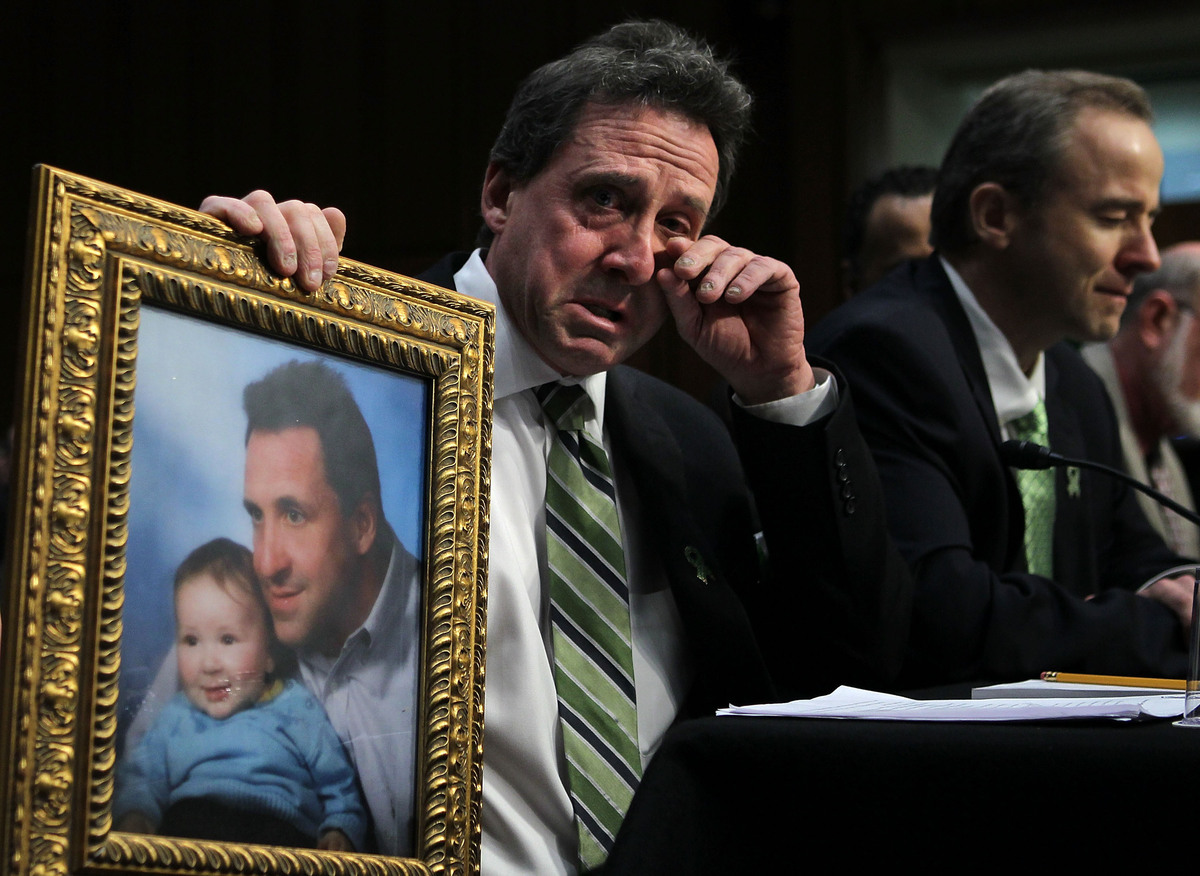 Neil Heslin, father of six-year-old Sandy Hook Elementary School shooting victim Jesse Lewis, holds a picture of him with Jesse as he testifies during a hearing before the Senate Judiciary Committee on Wednesday.

Throughout, Heslin held a picture of him holding his son Jesse Lewis, who was 6 at the time of rampage, during his first Christmas. Two other oversized pictures of a smiling Jesse were place on easels beside him.

Heslin's voice cracked almost from the beginning, when he said Jesse was killed about 20 minutes after he dropped him off at school.

"Jesse was the love of my life," Heslin said. "He was the only family I had left."

He added: "I'm not here for the sympathy, a pat on the back, as many people stated in the town of Newtown. I'm here to speak up for my son."

Heslin went on to say that he was a believer of the Second Amendment, but that weapons in this country needed to be better regulated. He said no one needed an assault weapon and "no person should have to go through" what he is going through.

"'If we're going to expand background checks, we ought to start enforcing the laws that are on the books,' Graham said.

"Flynn said he didn't know if he had referred any cases for prosecution, but took issue with Graham's line of questioning as the two men shouted over one another.

NBC News reports that a group from Newtown, Conn. were at the hearing today. Beforehand, they met with members of Congress, asking them to pass a assault weapons ban.

"'We appreciate what you do, more and more, seeing those meetings,' Newtown resident Shelley Northrop told Sen. Chris Murphy, D-Conn., who with fellow Connecticut Sen. Richard Blumenthal stopped to talk quietly with the group from Newtown before the hearing began. Northrop was explaining to Murphy just how difficult it all seemed to get anything done.

H"e was being more diplomatic than Republican Sen. John McCain was last week, when he told the mother of a victim of the shooting in an Aurora, Colo., movie theater: 'I can tell you right now you need some straight talk. That assault weapons ban will not pass the Congress of the United States,' McCain said."

It's still not clear whether Feinstein's bill will be voted on.