Accessibility links
Sinkhole Swallows Sleeping Man In Florida : The Two-Way The hole opened up under a home's bedroom in Tampa. Two men, brothers, were in the house. One tried to save the other, but wasn't able to keep him from being dragged down into the now 100-foot wide hole. It's feared that the man is dead. 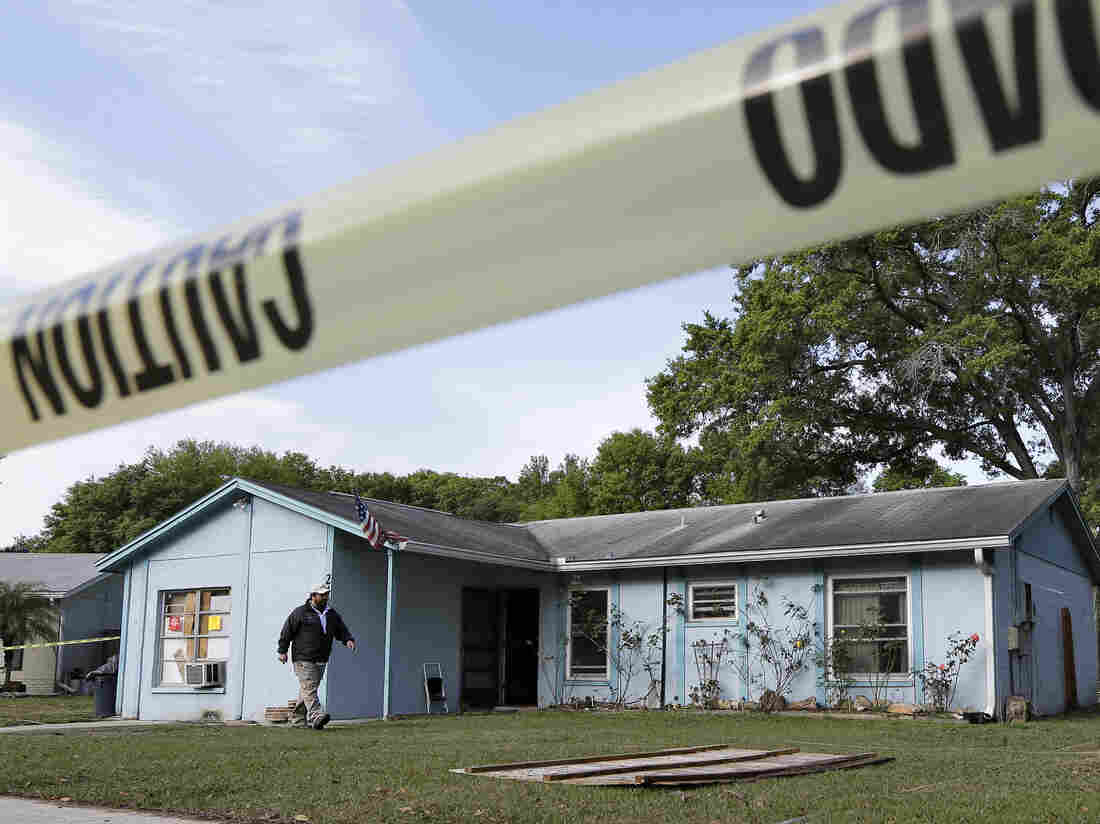 An engineer surveys in front of the home where a sinkhole opened up late Thursday near Tampa, Fla. A man who had been in one of the home's bedrooms screamed for help and disappeared. It's feared he died. Chris O'Meara/AP hide caption 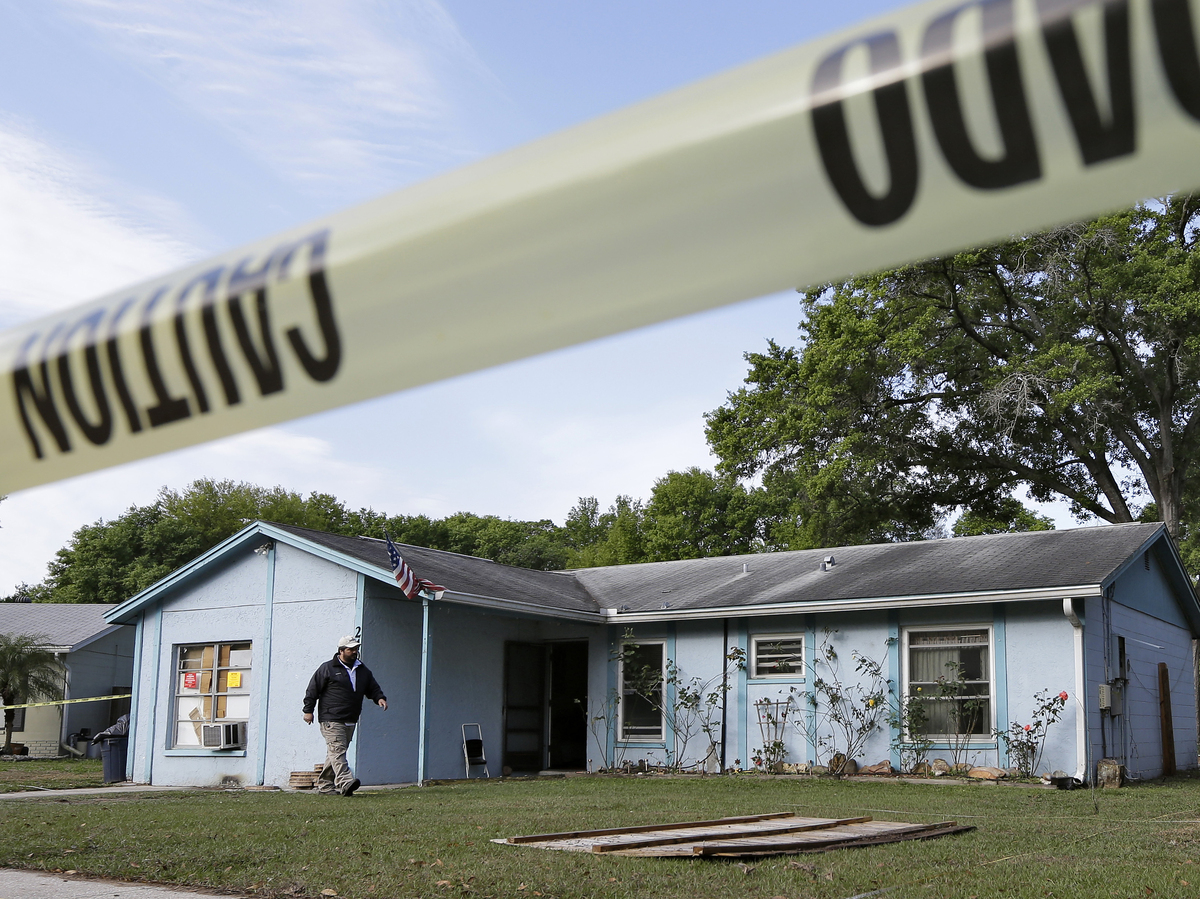 An engineer surveys in front of the home where a sinkhole opened up late Thursday near Tampa, Fla. A man who had been in one of the home's bedrooms screamed for help and disappeared. It's feared he died.

"Hopes for the rescue of a man sucked into a sinkhole were dimming Friday as authorities tried to determine whether the ground nearby was stable enough for a rescue operation," the Tampa Bay Times writes.

The Times also has a harrowing account from Jeremy Bush, who survived, of his brother Jeffrey's disappearance into the sinkhole:

"Jeremy said he had just gone to bed when he heard a loud noise coming from this brother's room.

"Jeremy opened the door and saw that Jeffrey's bed and dresser had been sucked into the hole. He jumped in and began to dig, but heard nothing more from his brother before [a] deputy pulled him out."

Five other adults, one child and two dogs were in the four-bedroom house, the Times reports. They got out.

There's a terrifying story from Florida.

"A sheriff's deputy plucked a man from an expanding sinkhole Thursday night, but neither was able to save the man's brother from being sucked into the rubble, authorities said," the Tampa Bay Times writes.

CBS News adds that "Fire rescue spokeswoman Jessica Damico said Bracken Engineering officials determined the home's bedroom is the center of the sinkhole, which measures about 100 feet across. Listening devices and cameras were placed in the hole but there had been no contact with the missing man by early Friday." (Note at 10:10 a.m. ET: Authorities at the scene just told reporters that the hole is 30-feet in diameter and about 20 feet deep. They have established a 100-foot "safety zone" around the hole, but it is not that wide.)

As the Times writes, "although it has proven somewhat common for sinkholes to open in Central Florida and swallow cars and houses, it is not at all common for people to become trapped in them."

Why does this happen? The Florida Department of Environmental Protection says that:

"Sinkholes form in karst terrain principally from the collapse of surface sediments into underground voids and cavities in the limestone bedrock. Slightly acidic ground water slowly dissolves cavities and caves in the limestone over a period of many years. When the cavity enlarges to the point that its ceiling can no longer support the weight of overlying sediments, the earth collapses into the cavity. In the less catastrophic type of sinkhole, a bowl-shaped depression forms at the surface, usually over a considerable period of time, as surface sediments ravel downward into small cavities in the bedrock. Well drilling data suggests that much of the underlying bedrock in Florida contains cavities of differing size and depth. However, relatively few ever collapse and directly effect roads or dwellings."