Accessibility links
Updated: State Department Releases Keystone XL Environmental Report : The Two-Way The draft report found that the pipeline would not have a huge impact on climate and that the oil from the Canadian tar sands will find its way to the U.S. with or without the pipeline. 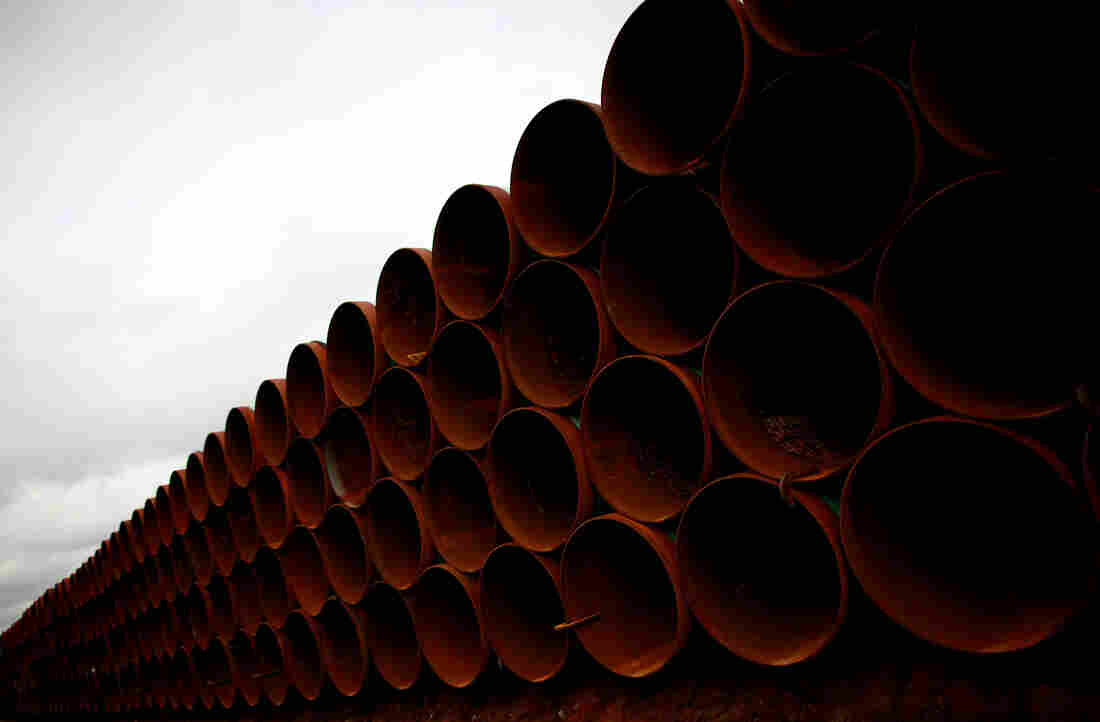 Pipe is stacked at the southern site of the Keystone XL pipeline on March 22, 2012 in Cushing, Oklahoma. Tom Pennington/Getty Images hide caption 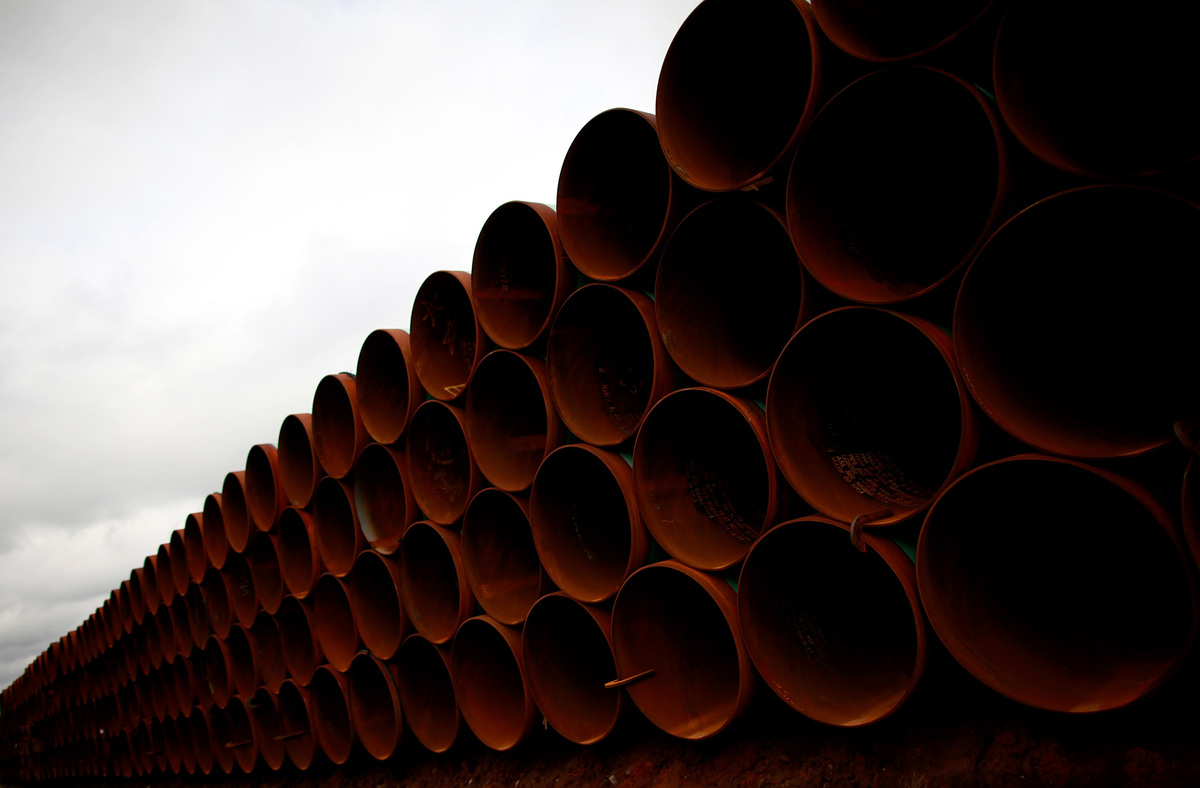 Pipe is stacked at the southern site of the Keystone XL pipeline on March 22, 2012 in Cushing, Oklahoma.

The State Department, which is ultimately charged with approving or denying TransCanada's plans to build a 1,700 mile pipeline from Canada and through the U.S., has released a draft report that details the potential environmental impacts of the Keystone XL pipeline.

The report runs about 2,000 pages. The Washington Post reports on two big points: The report finds the pipeline "will not have [a] huge impact on climate," and the pipeline will have little impact on meeting the United States' energy needs. In other words, the Canadian tar sands will be developed and the oil from that will find its way to the U.S. — pipeline or not.

On a conference call with reporters Assistant Secretary of State Kerri-Ann Jones warned that this is a draft report and the EPA will seek public comment soon.

"I think it's premature at this point to really try to come down with strong conclusions, as we make sure we get a lot of comments on this and we have a full public debate about the document," Jones said.

The State Department is scheduled to release a report today that details the environmental impact of TransCanada's Keystone XL project, Reuters and Bloomberg are reporting citing unnamed government sources.

"The State Department will release the assessment of TransCanada Corp's pipeline, which will examine a new route in Nebraska as well as emissions associated with the pipeline, the sources said.

As we've reported in the past, the 1,700 mile pipeline project has been a rallying point for both environmentalists and Republicans.

Environmentalists have urged President Obama to reject the project because it would be detrimental to climate, while Republicans have criticized the administration for delaying a project they say would bring jobs and more energy independence for the country.

Bloomberg reports that once the State Department issues the report, it's time for public comment.

Yesterday, Reuters reported that the Canadian Natural Resources Minister Joe Oliver said he did not expect the United States to ultimately reject the project.

"U.S. officials say they expect the government to make a final decision on the northern leg of the $5.3 billion pipeline by the middle of the year," Reuters adds.