Accessibility links
Inventor Dies As 'Breathable' Nail Polish Becomes Hit With Muslim Women : The Two-Way Wojciech Inglot was a chemist and entrepreneur who tried to come up with a more healthful alternative to traditional nail polish. He died Feb. 23. 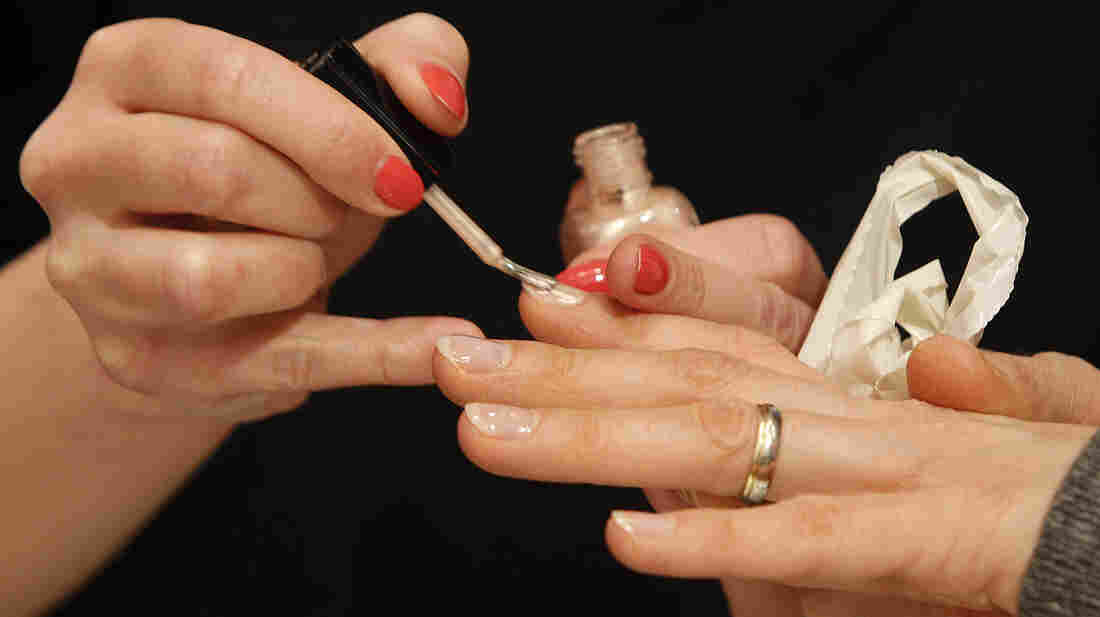 A worker paints fingernails with O2M polish at an Inglot shop in a Polish shopping center. The breathable nail polish has become a hit with Muslim women. Czarek Sokolowski/AP hide caption 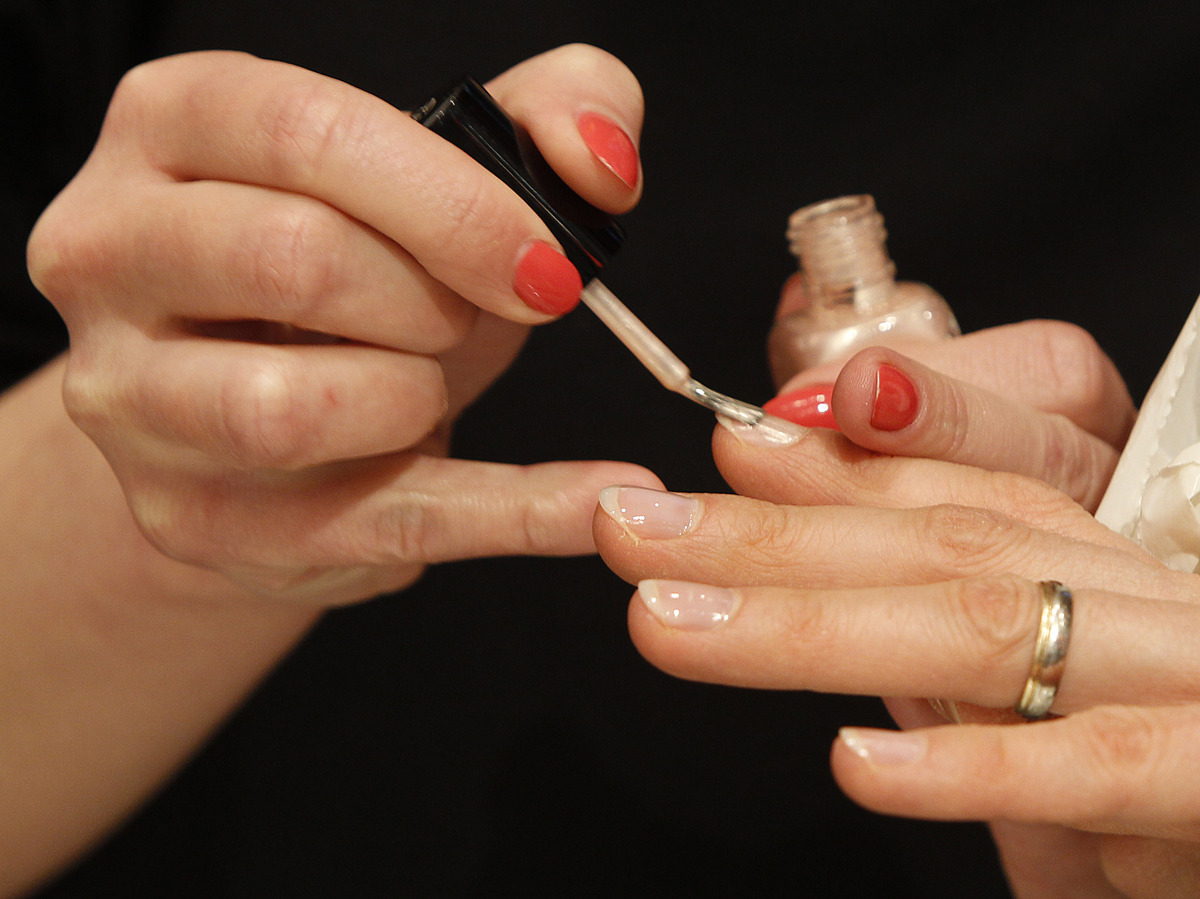 A worker paints fingernails with O2M polish at an Inglot shop in a Polish shopping center. The breathable nail polish has become a hit with Muslim women.

The death of a Polish nail polish inventor has opened a window into a world of specialty cosmetics. Wojciech Inglot was a chemist and entrepreneur who tried to come up with a more healthful alternative to traditional nail polish. He died Feb. 23 at the age of 57.

Inglot leaves behind a market of grateful customers: Muslim women, who have flocked to his invention of a "breathable" polish that allows air and moisture to reach the nail bed. Some scholars say the cosmetic is uniquely permissible under Islamic law.

Vanessa Gera, chief correspondent in Poland for The Associated Press, was writing an article about Inglot when he died unexpectedly from internal hemorrhaging last month. 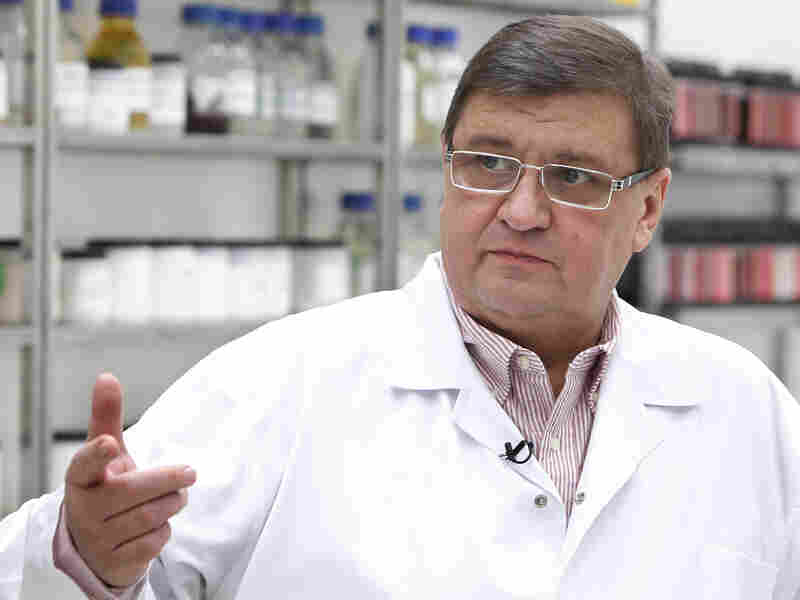 Wojciech Inglot gestures as he stands in a room containing ingredients for his cosmetics in Przemysl, Poland. He died Feb. 23 at the age of 57. Czarek Sokolowski/AP hide caption 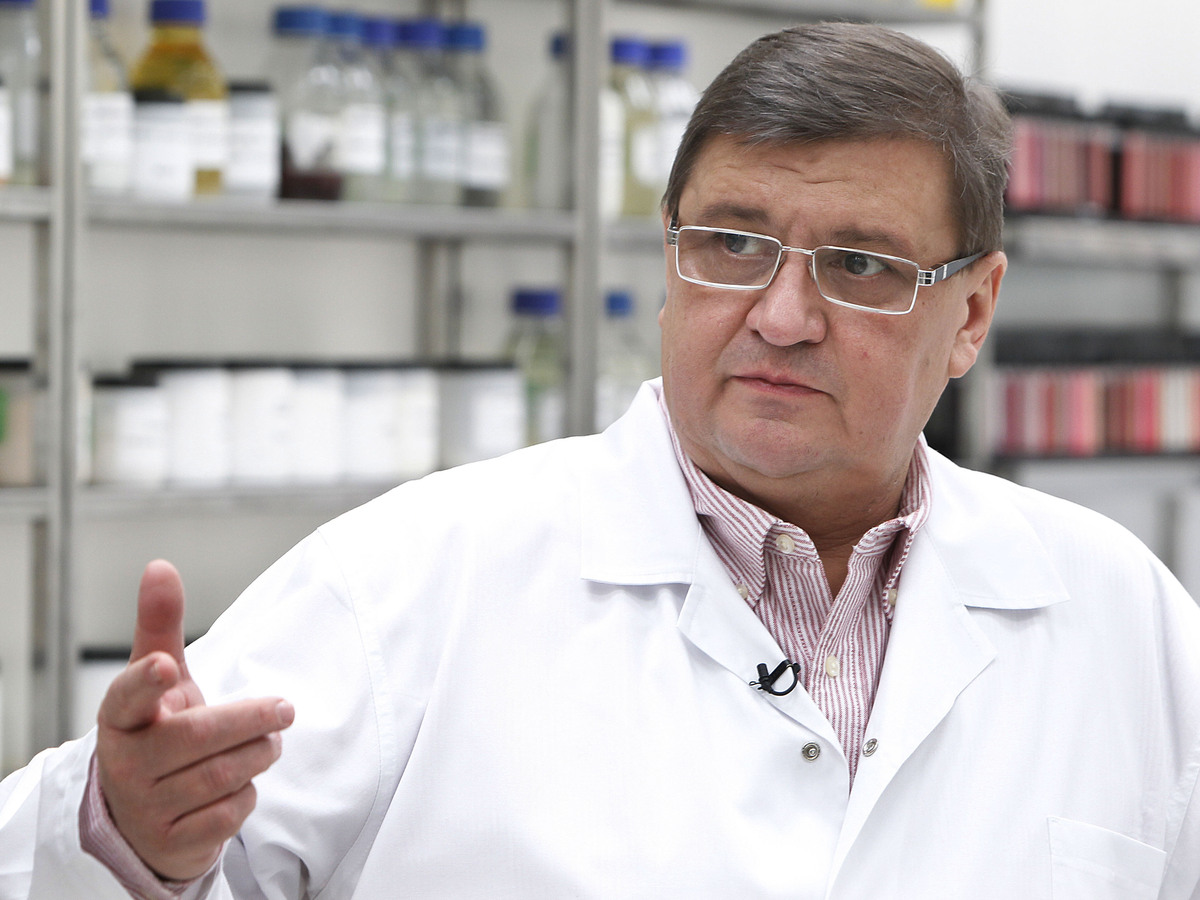 Wojciech Inglot gestures as he stands in a room containing ingredients for his cosmetics in Przemysl, Poland. He died Feb. 23 at the age of 57.

Gera tells Audie Cornish, host of All Things Considered, that Inglot spent his life inventing and had significant success in Poland. He started off manufacturing cleaners for cassette heads before eventually founding Inglot Cosmetics. She says he came into the market at the perfect time — the tail end of the Cold War.

"You can imagine that under the last years of communism and the first years of a democracy in Poland, it was a very drab time," she says. "And colors and varnishes and cosmetics were a huge hit with women — there was just a huge demand for that."

Some have criticized the chemicals in nail polish as toxic, both for the people who wear it and for the manicurists who apply it. Inglot said that because his product uses a polymer like that in contact lenses, which therefore allows the nail to "breathe," it was more healthful. He called it O2M, which stands for oxygen and moisture.

The nail industry is huge worldwide; some estimate it's a $4 billion-a-year business in the U.S. alone. But although Inglot's O2M polish debuted in 2009, it only recently started taking off among Muslim women, who must wash their hands and arms before praying:

Though the Muslim holy book, the Quran, does not specifically address the issue of nail polish, some Islamic scholars have said that water must touch the surface of the nail for the washing ritual to be done correctly.

Some Muslim women might put nail polish on after finishing the last prayer of the day before going out, and then take it off again before dawn prayers. They can also wear it during their periods, when they are excused from the prayers, but some find it embarrassing to do so because it could signal they are menstruating. Some simply don't want to take the trouble of getting a manicure that won't last long.

The rush for Inglot's special polish started in November when Islamic scholar Mustafa Umar decided to research whether the product was consistent with Islamic law. He wrote about the way he tested the O2M polish on his blog.

One of my students decided to perform a test to see whether or not water actually seeped through when using the Inglot O2M nail polish. As a test case, she applied standard pink nail polish and purple O2M on a coffee filter and allowed both to dry. She then placed another coffee filter below the painted one, squeezed two drops of water over the polish, and applied some pressure with her finger. After about ten seconds it was clear that the water was prevented from seeping through [even to the back side of the first filter] on the standard polish but clearly went through the O2M and even wet the second filter. This is sufficient to show that the claims made by the manufacturer are correct and water does indeed permeate through to the nail.

That post spread virally among Muslim women, according to Gera. "The Inglot company suddenly saw a sharp rise in the sale of its breathable nail polish. And all kinds of questions were coming into its headquarters in Poland," she says. Now the company markets O2M as "halal certified."

Gera had not yet published her story when Inglot died last week. She says his death took many by surprise.

"He was in good health; nobody saw it coming. And suddenly [my story] became a very serious, even a tragic story — the loss of this great Polish entrepreneur. For Poland, he's someone that they're very proud of."