Accessibility links
Florida Sinkhole So Dangerous Rescuers Can't Search For Missing Man : The Two-Way Rescuers are back at work outside a central Fla. home, testing the edges of the sinkhole to see if they can get close enough to search for Jeff Bush. He fell inside late Thursday night and is feared dead. 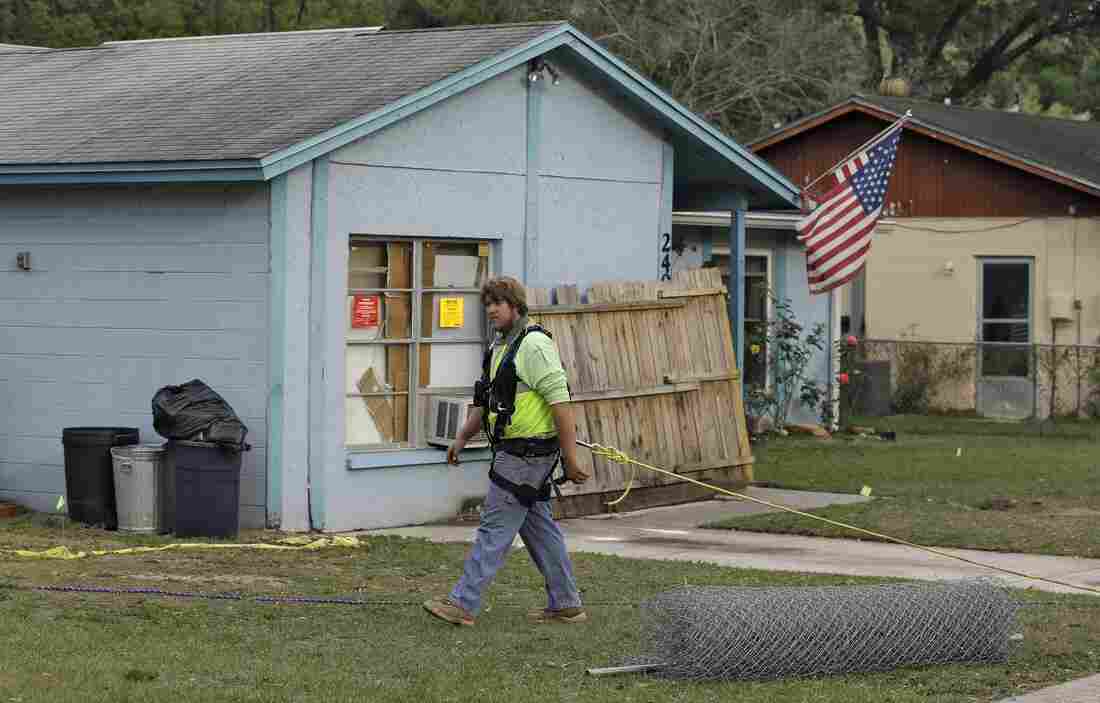 After a sinkhole swallowed a man in his bedroom in Seffner, Fla., an engineer tethered with a safety line walks in front of a home on Saturday. Chris O'Meara/AP hide caption 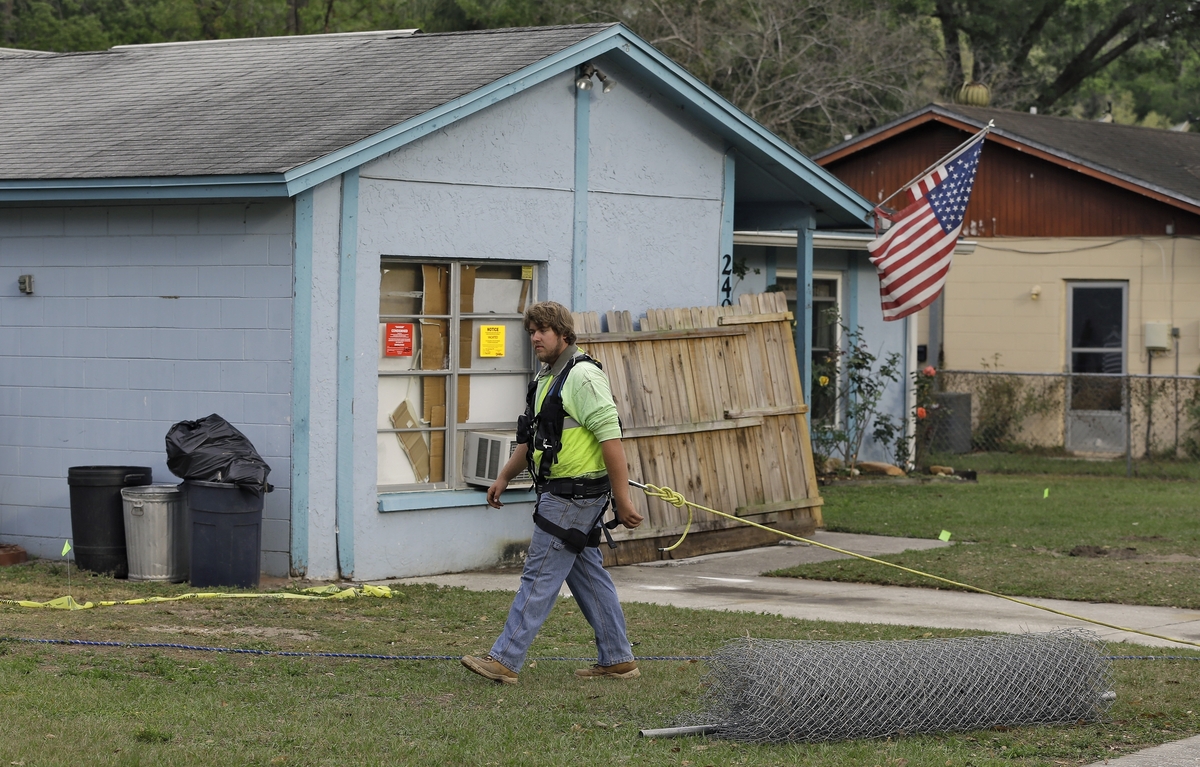 After a sinkhole swallowed a man in his bedroom in Seffner, Fla., an engineer tethered with a safety line walks in front of a home on Saturday.

Hillsborough County Administrator Mike Merrill says efforts to find Jeffrey Bush, who disappeared in a sinkhole, have been discontinued. He says that the conditions at Bush's home have become too dangerous for rescue workers.

"At this point it's really not possible to recover the body," Merrill said at a news conference on Saturday.

He says workers will begin efforts to demolish the home on Sunday.

The family of Jeffrey Bush still wants to know what happened to him. Bush disappeared late Thursday night when he slid into a sinkhole centered directly beneath his bedroom. Crews began work at his house after dawn Saturday morning to see if they could find any trace of him, but the ground is so unstable they can't get close. The house, remarkably, is still standing — but it could cave in at any time.

"I cannot tell you why it has not collapsed yet," Bill Bracken told The Associated Press; he's an engineer called in to assess the situation in Seffner, Fla., just east of Tampa.

The situation is so delicate that workers have slipped a robotic camera into the storm drain near the home to see what images might tell them. "If you look in, it's about 15 feet and there's only sand," says Jessica Damico, spokeswoman for the Hillsborough County Fire Department. She told NBC the sinkhole appears smaller than the 30-foot hole officials first believed was there.

Still, Hillsborough County Administrator Mike Merrill told the AP: "This is a chasm. For that reason, we're being very deliberate." Rescuers are wearing safety ropes when they get close, and firefighters farther back on the street are holding the other ends, reports Bay-9 News of Tampa. Engineers are taking soil samples to try to find the sinkhole's edges.

In the meantime, Jeffrey Bush's brother, Jeremy, is waiting for news, even though Jeff is feared dead. Jeremy tried to save his brother from plunging farther into the ground, but couldn't reach him. He had to be rescued himself by a sheriff's deputy.