Accessibility links
VW Introduces 'World's Most Efficient' Car At Geneva Motor Show : The Two-Way The company says the plug-in, diesel hybrid gets 261 miles per gallon. The futuristic two-seater is not in production, yet, but VW says it plans to use "handcrafting-like production methods" for the car. 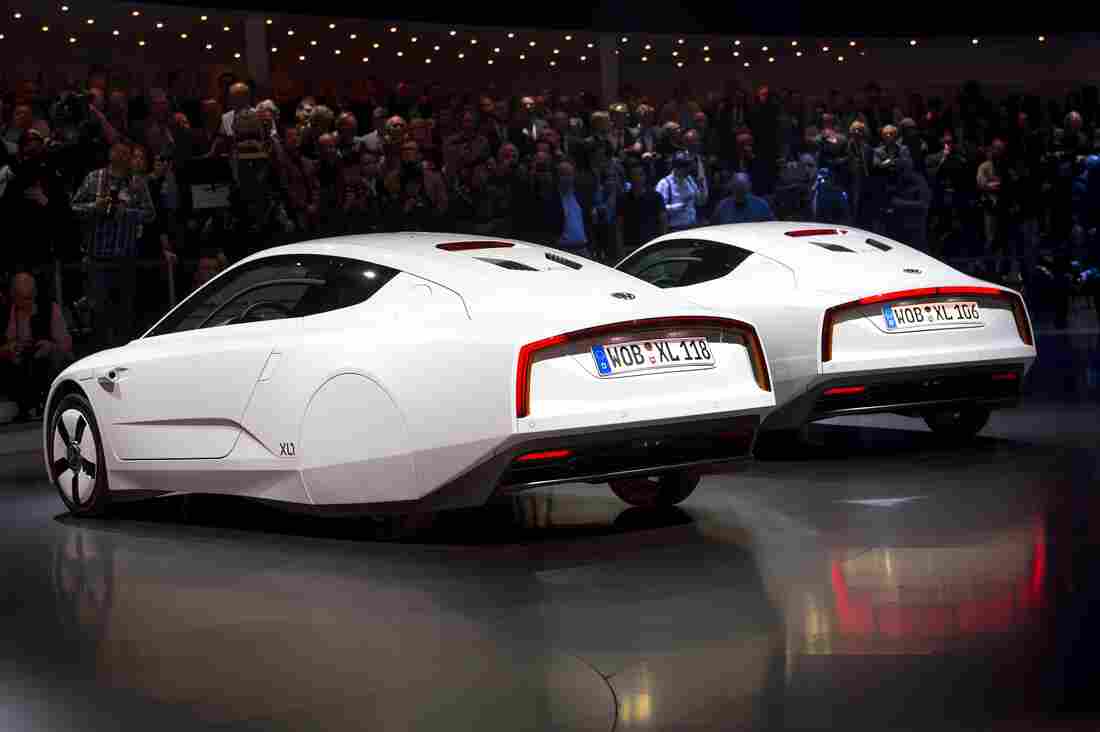 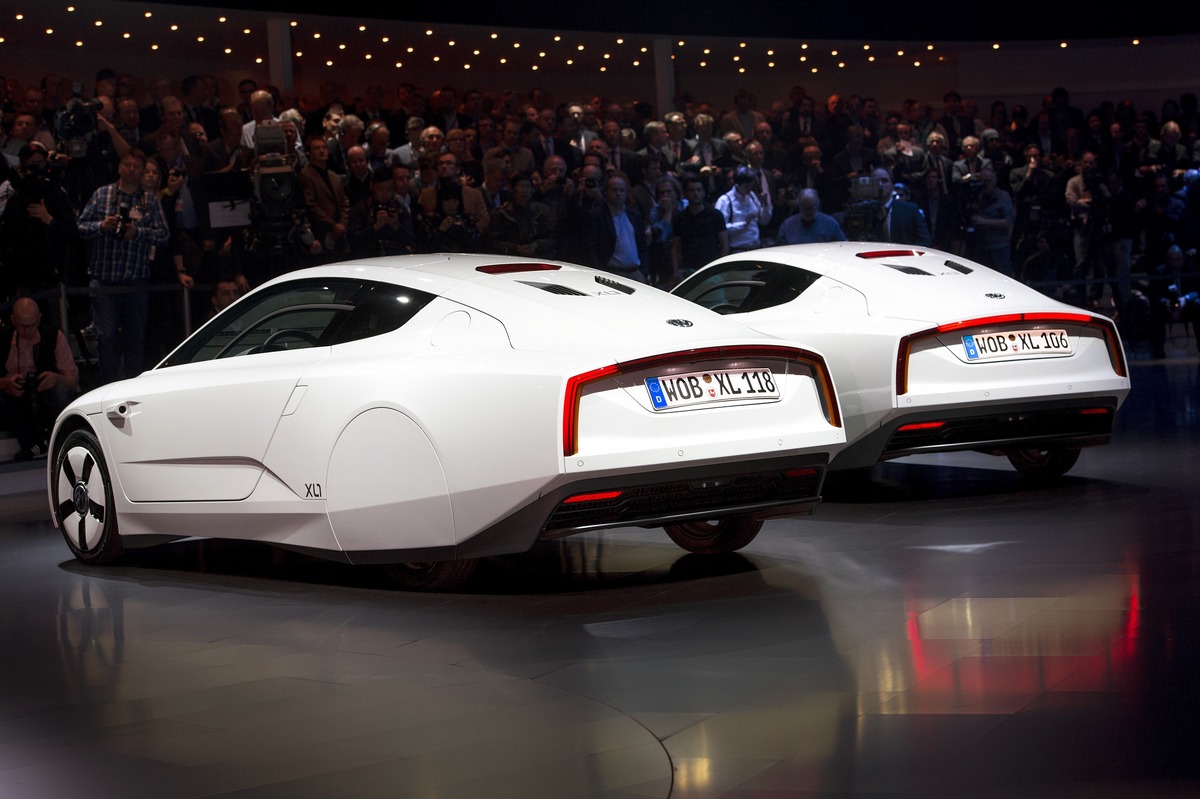 Two new Volkswagen hybrid XL1 model cars are displayed during a preview of Volkswagen ahead of the Geneva Car Show in Geneva.

At the Geneva Motor Show on Tuesday, Volkswagen introduced a futuristic-looking car that the company says is the "world's most efficient."

VW's XL1 is a two seater, plug-in, diesel hybrid that the company says gets 261 miles per gallon "with an all-electric driving range of a little over 30 miles," CNN reports.

"The XL1 should be more efficient than other plug-in hybrids, though, because it is has a tiny 0.9-liter two-cylinder diesel engine. Diesel engines are generally much more fuel-efficient than gasoline engines. For instance, the diesel-engined Volkswagen Beetle sold in the United States is 28% more fuel efficient than the gasoline-engined version. ...

"With an emphasis on efficiency, the car's performance will not be a big selling point. VW claims it will go from zero to to 62 miles per hour in a lumbering 12.7 seconds. Top speed will be just under 100 miles per hour."

Andrew English of Britain's Telegraph took the XL1 for a spin. While he marvels at the advancements — "LED lamps, narrow-gauge wiring with electrical fuses, carbon-ceramic brakes, electric air-con/heater, a fully faired underbody and polycarbonate side windows with anti-scratch coatings..." — he comes to this conclusion:

"That said it feels pretty odd to drive around town. The throttle takes a firm prod and the car whines away, bobbing gently on its springs. Skinny Michelins crash through pot holes, the unassisted steering has a strange, over-centre feeling, although the regeration and friction brakes are combined well in one pedal. For all that, the moulded seats are very comfortable and the matt-black and piano-black interior, which was designed by a Brit, Andrew Hart-Barron, is delightfully simple and unadorned."

The XL1 is still not in production. CNN reports VW plans to build the car using "handcrafting-like production methods."