Accessibility links
President Could, In Theory, Order Drone Strike Inside U.S., Holder Says : The Two-Way In a letter to Sen. Rand Paul, R-Ky., the attorney general noted that such a situation could be imagined only in an "extraordinary circumstance" such as the attack on Pearl Harbor or on Sept. 11, 2001. The letter was in response to inquiries from Paul regarding the legality of military strikes within the country. 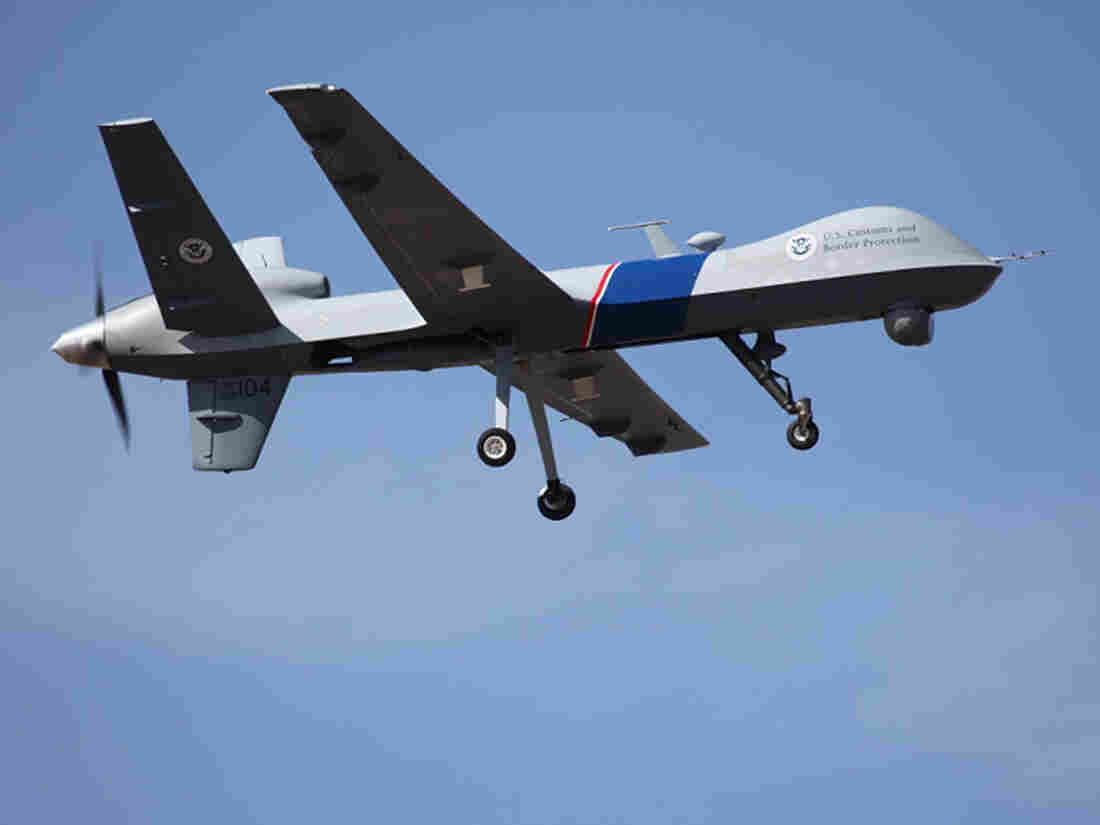 An unmanned drone patrols the U.S.-Canadian border. Attorney General Eric Holder, in a letter to Sen. Rand Paul, R-Ky., said the president could in an "extraordinary circumstance" order a drone strike inside the country. U.S. Customs and Border Protection /AP hide caption 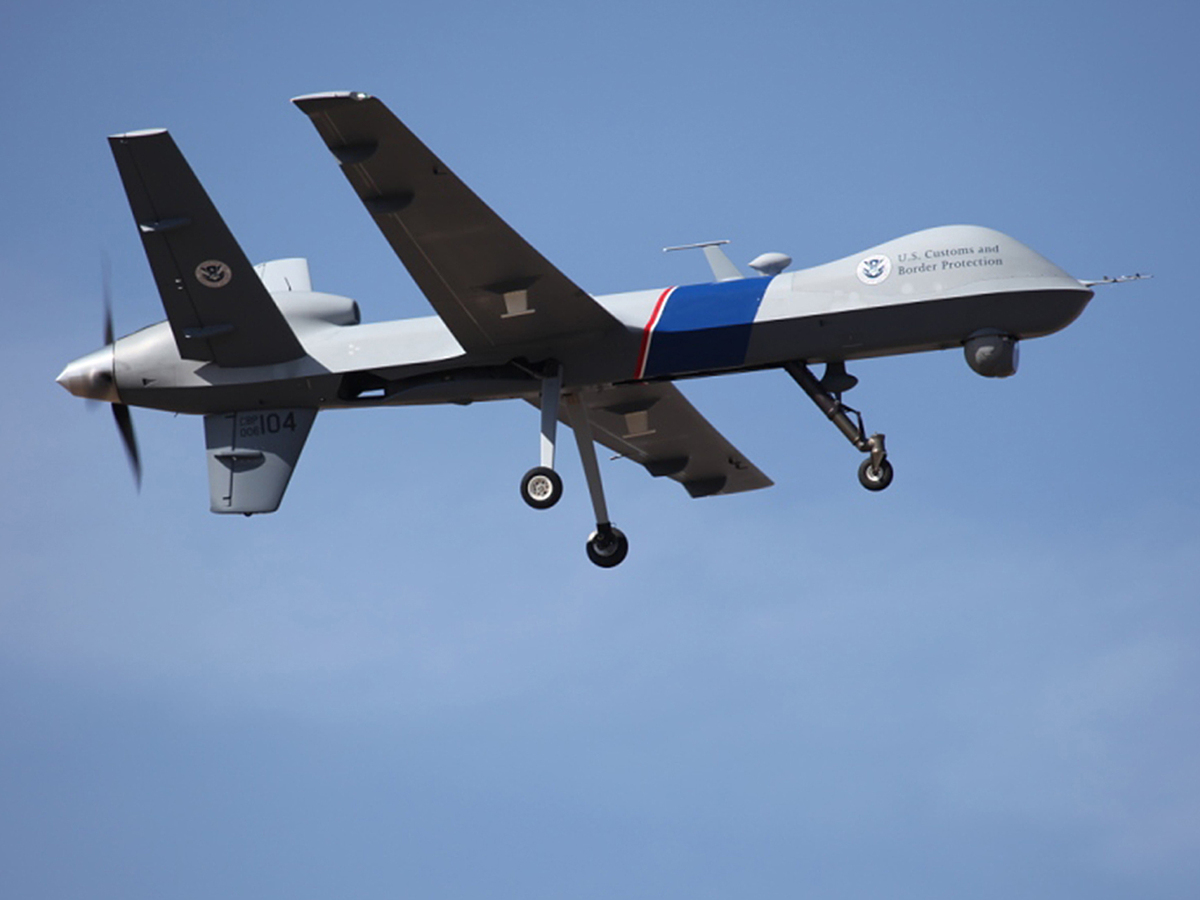 An unmanned drone patrols the U.S.-Canadian border. Attorney General Eric Holder, in a letter to Sen. Rand Paul, R-Ky., said the president could in an "extraordinary circumstance" order a drone strike inside the country.

Attorney General Eric Holder has said in a letter to Sen. Rand Paul that the president could in an "entirely hypothetical" situation authorize the military to use lethal force within U.S. territory.

The letter to Paul came in response to three inquiries the Kentucky Republican sent to John Brennan, President Obama's nominee for CIA director. Paul's letters asked if it was legal for the U.S. government to use lethal force, including in the form of drone strikes, on Americans inside the country.

"As members of this Administration have previously indicated, the U.S. government has not carried out drone strikes in the United States and has no intention of doing so. As a policy matter, moreover, we reject the use of military force where well-established law enforcement authorities in this country provide the best means for incapacitating a terrorist threat. We have a long history of using the criminal justice system to incapacitate individuals located in our country who pose a threat to the United States and its interests abroad. Hundreds of individuals have been arrested and convicted of terrorism-related offenses in our federal courts.

"The question you have posed is therefore entirely hypothetical, unlikely to occur, and one we hope no President will ever have to confront. It is possible, I suppose, to imagine an extraordinary circumstance in which it would be necessary and appropriate for the President to authorize the military to use lethal force within the territory of the United States. For example, the President could conceivably have no choice but to authorize the military to use such force if necessary to protect the homeland in the circumstances of a catastrophic attack like the ones suffered on December 7, 1941, and September 11, 2001.

"Were such an emergency to arise, I would examine the particular facts and circumstances before advising the President on the scope of his authority."

In a separate response, Brennan told Paul that the "CIA does not conduct lethal operations inside the United States — nor does it have any authority to do so."