Accessibility links
How To Sneak Into A Chinese Village When Police Don't Want You There : The Two-Way Reporting in China is sometimes a cat-and-mouse game with authorities, who want to keep journalists far from the scene when unrest breaks out. 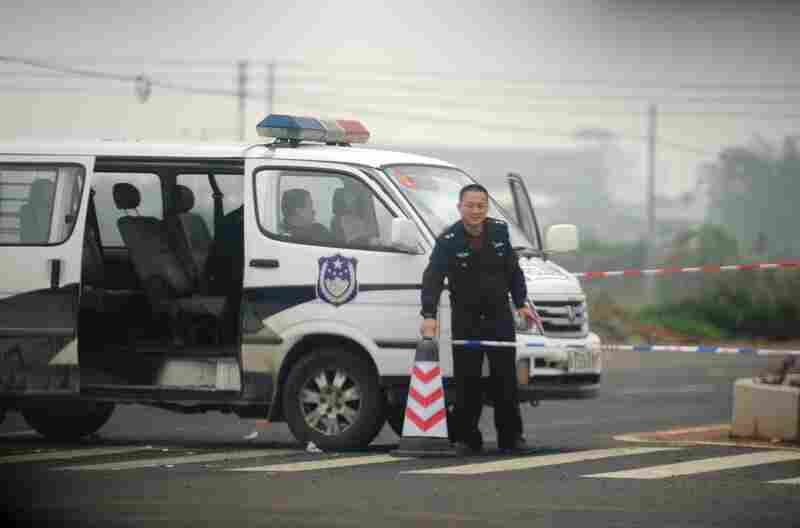 When residents of the southern Chinese village of Shangpu staged an uprising, police set up a roadblock on the main road to keep outsiders away, including reporters. Here, a policeman mans the roadblock on Saturday. Peter Parks/AFP/Getty Images hide caption 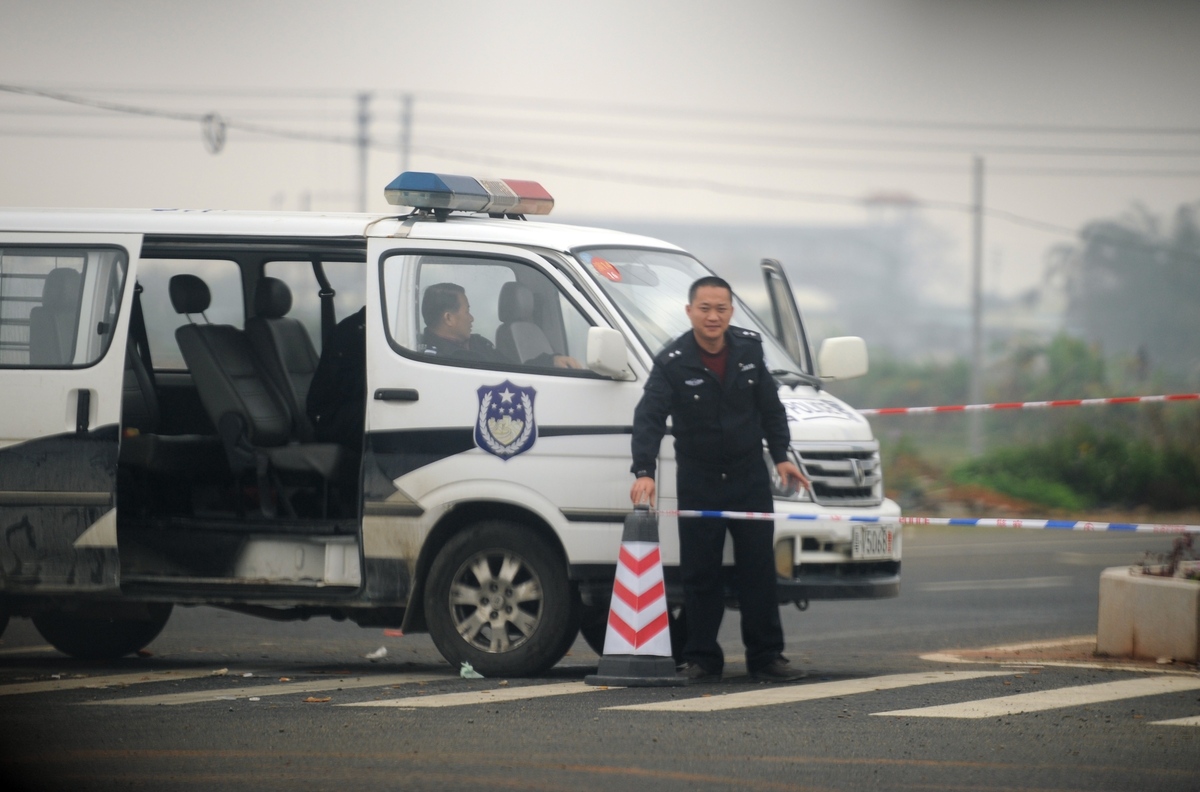 When residents of the southern Chinese village of Shangpu staged an uprising, police set up a roadblock on the main road to keep outsiders away, including reporters. Here, a policeman mans the roadblock on Saturday.

On occasion my job requires me to sneak into a Chinese village as I did earlier this week to report a story on a rural uprising. This does not come naturally. I'm 6-foot-2 with gray hair and blue eyes and don't look remotely like a Chinese farmer.

The village in question is called Shangpu. It's in south China, and farmers there have barricaded their community and are demanding free elections. They say their own village chief ordered thugs to attack them after they opposed a scheme to sell off their land for a factory.

Police had set up a roadblock outside the entrance to the village with two SUVs and safety tape. They had also positioned a fire engine to block another approach.

So, how to get in and get the story?

I approached the roadblock by taxi, slumped down in the back seat and pulled my Philadelphia Eagles cap over my eyes. Just before we reached the roadblock, we turned and drove through a field until we could see the fire truck.

A farmer from a neighboring village did some reconnaissance in Shangpu and told me it was safe to enter — in other words, no thugs. He said two men in the fire truck were playing on their cellphones and might not notice if I strolled past.

I took the more conservative route — through a cabbage field.

I walked swiftly along irrigation canals, smiling as I passed curious farmers who were hoeing and pouring water on their crops by hand. When I reached an embankment, I grabbed hold of some weeds and hauled myself over.

I continued through more fields, past scarecrows made from pinstripe shirts, hugging a conveniently placed grove of banana trees that provided excellent cover.

A quick jaunt across a highway, and I was suddenly in Shangpu, which was under the residents' control. A road along the edge of the village was littered with more than two-dozen smashed and burned vehicles. Villagers proudly told me they had belonged to the thugs, whom the villagers had chased out of town with bamboo poles.

After two hours of interviews, the sun had set and it was time to go. Worried that I might bump into thugs on the way out, the farmers arranged for a motorcycle escort through a maze of back roads.

In fact, the escape route was so obscure, my escorts became hopelessly lost. After 30 minutes roaming in the dark, they finally stopped at a police station to ask for directions that would lead me to an expressway and my flight home.

(NPR's Frank Langfitt is based in Shanghai.)