Accessibility links
Guys, Your Colorblindness Might Be Messing With Kenya's Elections : The Two-Way Kenya's presidential election has yielded hundreds of thousands of spoiled ballots — and raised the possibility of a contentious and costly runoff election in April. Amid allegations of vote-rigging, there are others who say there may be a more innocent reason for so many rejected ballots.

Guys, Your Colorblindness Might Be Messing With Kenya's Elections

Guys, Your Colorblindness Might Be Messing With Kenya's Elections 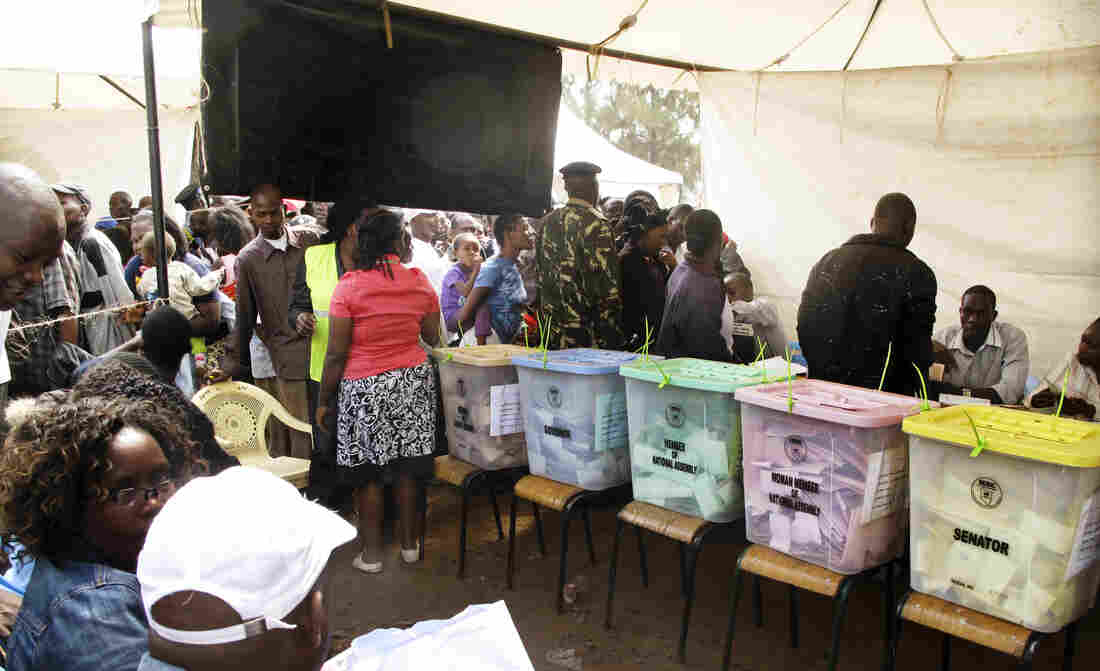 Kenyan election observers and voters in the mixed slum of Kiambiu — where the first fires started in Nairobi after the disputed presidential election of 2007 — vote in this year's elections. Could something as innocent as the color of the ballots and ballot boxes be contributing to voting "irregularities"? Gregory Warner/NPR hide caption 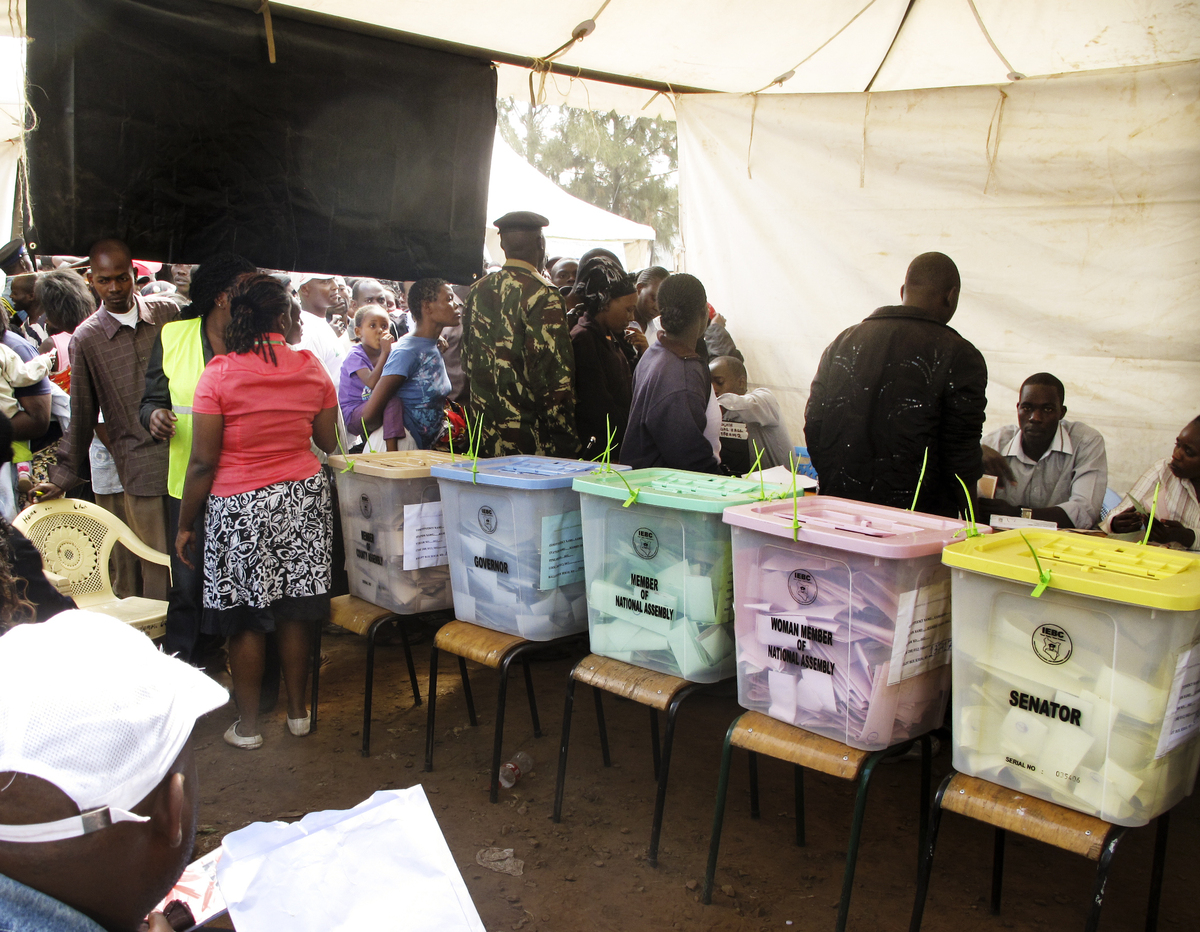 Kenyan election observers and voters in the mixed slum of Kiambiu — where the first fires started in Nairobi after the disputed presidential election of 2007 — vote in this year's elections. Could something as innocent as the color of the ballots and ballot boxes be contributing to voting "irregularities"?

In Kenya, colorblindness may be contributing to more than just questionable sartorial combinations. Some observers say it may have something to do with the hundreds of thousands of spoiled ballots — a term for disqualified or invalidated votes — in Monday's presidential election, adding new delays to declaring a winner and raising the possibility of a costly and contentious runoff election in April.

"The color coding was not as good as it should have been," Issack Hassan, chairman of the Independent Electoral and Boundaries Commission, told The Daily Nation, Kenya's largest daily newspaper. He was describing the ballots, which were color-coded for each electoral seat, including president.

He said in many cases voters put their paper ballot into the wrong box.

Colorblindness affects an estimated 4 percent of African men. (It's twice as prevalent among Caucasian men.) That would mean some 300,000 men who voted in Monday's election were colorblind.

The number of irregular votes? 337,000. And they're not done counting.

Could this be the Kenyan version of hanging chads?

The significant number of rejected ballots has fueled allegations of election improprieties by the political parties of both of Kenya's leading presidential contenders, Uhuru Kenyatta and Raila Odinga.

Those are loaded allegations in a country still sensitive to the violence that followed the previous election in 2007, when charges of vote-rigging and ballot-stuffing triggered weeks of inter-ethnic conflict that left more than 1,200 people dead.

The stakes are high for both candidates. So far, Kenyatta is maintaining a small but steady lead over Odinga. Election rules established after the election violence in 2007 and 2008 stipulate that if no candidate receives more than 50 percent of the vote, a runoff election is required.

But what to do with all those spoiled ballots? That's a key debate going on now.

It could be extremely difficult for Kenyatta to exceed that 50 percent threshold if the irregular ballots are counted as part of the total. The number of spoiled ballots already exceeds 6 percent of the vote, making "Rejected" the third most popular candidate in the race.

An April runoff would increase the tension, the uncertainty and maybe even the potential for inter-ethnic violence. A runoff would also be particularly tough for Kenyatta, since it would happen just months before he's scheduled to appear before the International Criminal Court. He faces charges for orchestrating a campaign of rape and murder against supporters of Raila Odinga after the last disputed election.

On the other hand, if the spoiled votes are not counted and Kenyatta declared the victor, would the Kenyan people — especially those from rival minority tribes — accept the result?

These days the streets of Nairobi and other Kenyan cities are unusually quiet, the typical bumper-to-bumper traffic evaporated. Where is everybody? Most are at home behind closed doors, glued to the TV, waiting for a president. And tweeting their frustration.

"So a Kenyan would rather stand in the hot sun for four hours not to elect anyone but to spoil a vote?" said Twitter user PrettyNjambi in a typical post.

Also from the Twittersphere: The relative peace and calm that has followed this election has confounded some members of the international media that parachuted into Nairobi expecting to report on violence.