Accessibility links
Sen. Rand Paul Maintains Old-Fashioned Filibuster On Brennan Nomination : The Two-Way The Republican from Kentucky said he would speak until he could speak no more to sound the alarm on the Obama administration's targeted killing program. 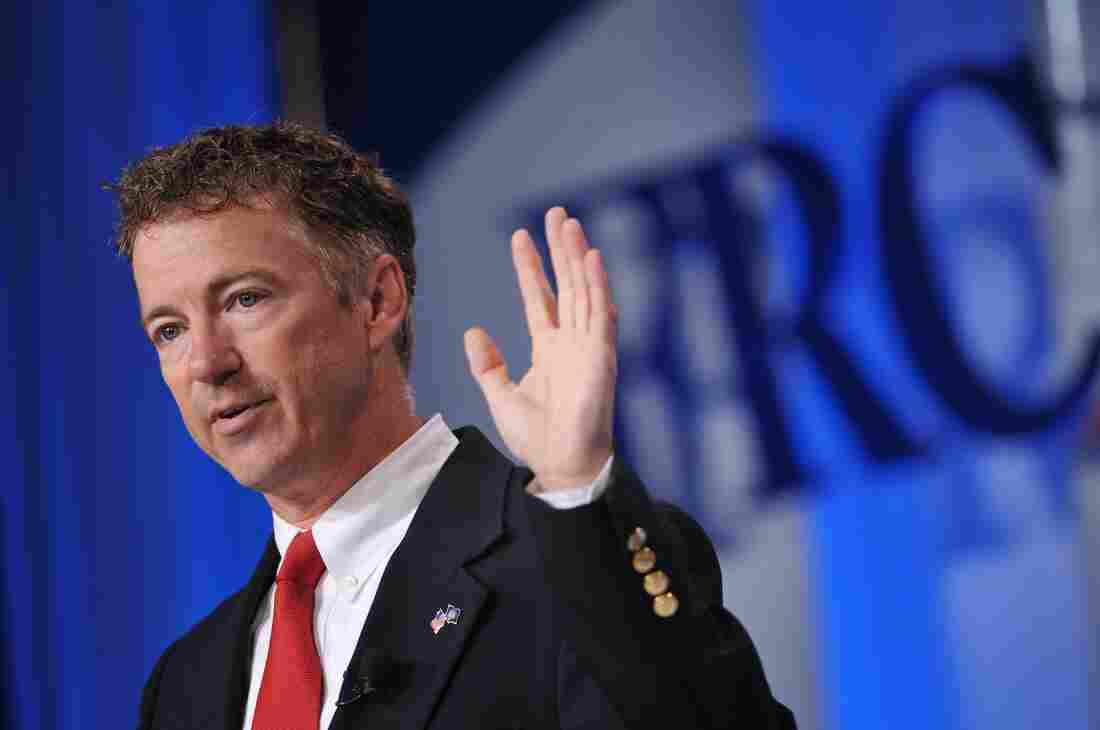 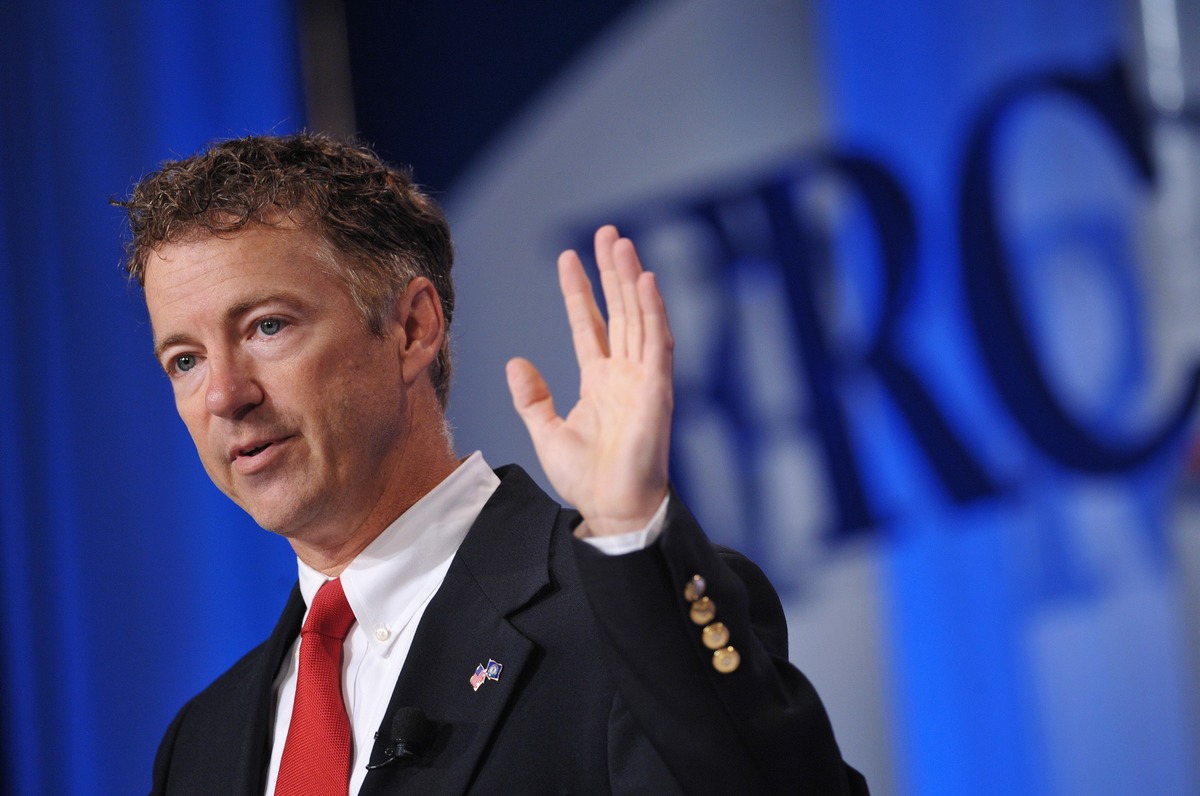 Sen. Rand Paul has been talking for hours on the floor of the Senate today in an effort to delay the nomination of John Brennan for CIA chief.

His main opposition to Brennan centers around the Obama administration's targeted killing program. As Krishnadev reported yesterday, Attorney General Eric Holder sent a letter to Paul in which he said the president could "in an 'entirely hypothetical' situation authorize the military to use lethal force within U.S. territory."

As The New York Times reports, because of that the the Republican from Kentucky promised a filibuster and currently he's in the middle of an old-fashioned speak-until-you-drop filibusterer.

"I rise today to begin to filibuster John Brennan's nomination for the C.I.A.," Paul began, according to the Times. "I will speak until I can no longer speak. I will speak as long as it takes, until the alarm is sounded from coast to coast that our Constitution is important, that your rights to trial by jury are precious, that no American should be killed by a drone on American soil without first being charged with a crime, without first being found to be guilty by a court."

Brennan's nomination was approved by the Senate Intelligence Committee with a vote of 12 to 3 on Tuesday.

The most recent, notable filibuster came in 2010, when Sen. Bernie Sanders, an independent from Vermont, went on an 8 1/2 hour screed against the 2010 tax deal between the White House and congressional Republicans.

Sanders' soliloquy went on to become a book, titled "The Speech: A Historic Filibuster on Corporate Greed and the Decline of Our Middle Class."

As Mark noted back in 2010, the record for longest filibuster is held by Sen. Strom Thurmond, a Republican from South Carolina, who spoke for 24 hours and 18 minutes "to block a landmark civil rights bill."

(CSpan, which has been tweeting away all afternoon, reminds us that Thurmond was a Democrat in 1957, when he set that record.)

Sen. John Thune, R-S.D., is now filling in for Paul, reading from a letter Paul sent to Brennan on Jan. 25.

Cruz is filling in again for Paul, and #StandWithRand is now trending on Twitter.

"[Durbin] offered Paul an opportunity to testify at a hearing on drone warfare to be held in the near future. Not satisfied, a visibly tired Paul resumed his filibuster late Wednesday night."

Six hours later, and despite an attempt by Majority Leader Harry Reid to wrap it up, Paul is still going. (He started at 11:47 a.m. ET.)

In between sentences, he even took a few bites of what looked like candy car.

Sen. Ron Wyden — a Democrat from Oregon — has now joined the filibuster, taking some time from Paul to air his concerns about Obama's drone program.

Mike Memoli, a reporter for The Los Angeles Times, tweets:

CSpan notes that Paul broke off his soliloquy at 3 hours and 10 minutes, when he yielded to Sen. Mike Lee for a question.