Accessibility links
Loved Or Loathed, Hugo Chavez Was The Ultimate Showman : The Two-Way The Venezuelan leader had many critics, but he managed to stay in power for 14 years with his theatrical style and the loyal backing of the country's poor. 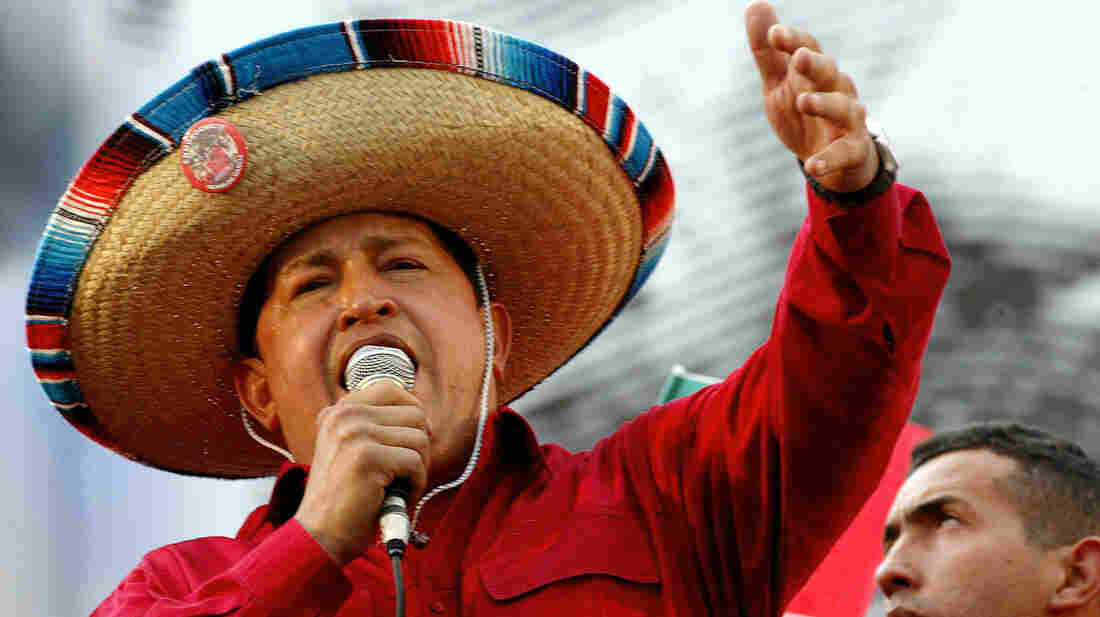 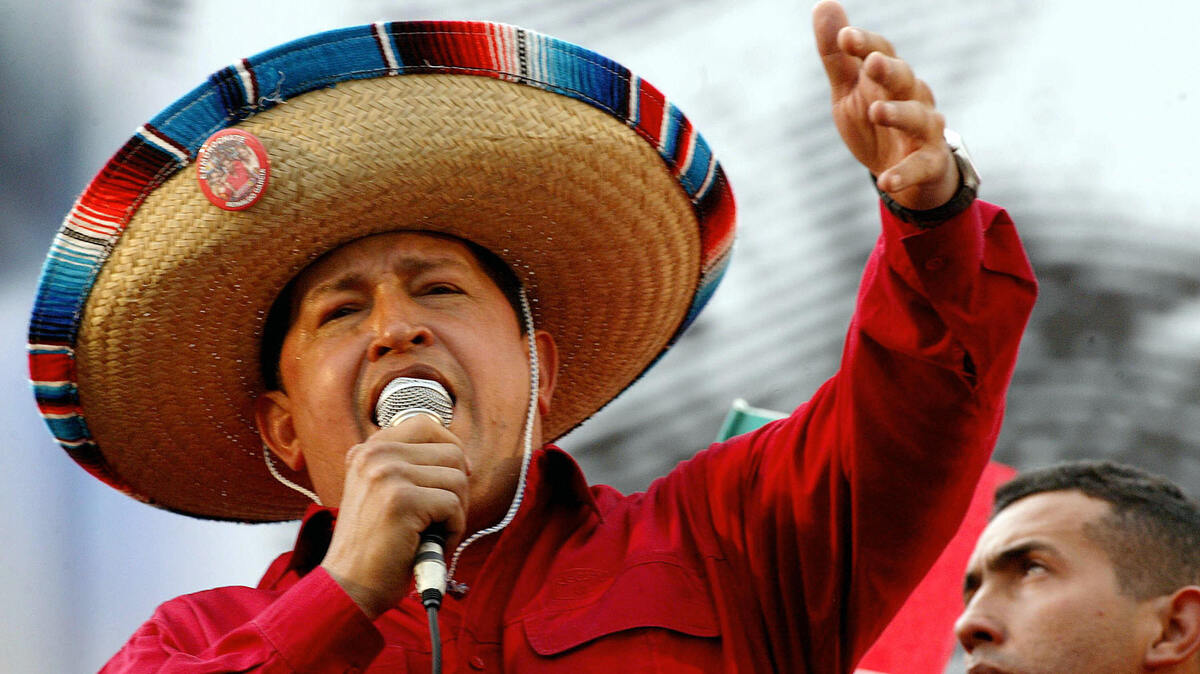 Always a showman, Venezuelan President Hugo Chavez, who died Tuesday, sings folk songs with a mariachi group in the capital, Caracas, in 2005.

I first encountered Hugo Chavez in Caracas, starring in his own television show, Hello, Mr. President. I couldn't take my eyes of the program, which began at 11 a.m. and ended after 7 p.m.

It was an endurance test for even the most die-hard sycophants and terrific entertainment for a first-time viewer. While the camera would pan droopy-eyed Cabinet members seated in the front row, El Presidente showed no signs of flagging.

At the seven-hour mark, he chirped, "Bueno!" and declared, "It's early! Let's keep talking."

Despair registered on the faces of the Cabinet members, who could only shift uncomfortably in their chairs.

Chavez was nothing if not indefatigable.

And for all the scorn he heaped on Washington, he never appeared scornful of the people in whose name he said he fought his Bolivarian Revolution. It was his attempt at political transformation, named for Venezuela's 19th-century independence leader Simon Bolivar, a designation that fit Chavez's flare for the dramatic.

This particular episode of Hello, Mr. President was shot at a hospital to demonstrate new government expenditures for health care. Chavez was cast as "healer."

A young female patient was admitted for intestinal pain. Chavez poked and prodded her, while talking to the attending physician. But for this young girl with a stomach as taut as a washboard, Chavez seemed all the doctor she needed.

He gently put questions to her like a kindly priest, bending down to carefully listen. She gazed up at him in adoration. Then, after satisfying himself that her health was intact, Chavez declared, "Perfecto!" She was fit, right as rain. The girl beamed.

It was not every day that you could see a politician so supreme in his art that he had a placebo effect.

But she was one of his people: the poor who had someone and something to believe in as he convinced the mass of Venezuela's poor that he believed in them. He staked his political fortune on it and for 14 years the calculus kept him in power even as the economy often struggled.

For many outside observers, Chavez seemed to suck the oxygen out of the room with an ability to speechify that rivaled only his mentor Fidel Castro's.

Support Among The Poor

But the reaction was quite different among supporters who donned their red T-shirts and proudly called themselves "Chavistas." They'd listen to him for hours, under a blazing Venezuela sun, gladly taking his scolding at huge outdoor events not to litter the grounds with their plastic water bottles. "It's disorganized, just like the bureaucracy," he would admonish.

Nothing seemed to get his audience going more than Chavez crooning, which he would do unbidden and impromptu.

Love him or loathe him, this was a man of enormous charisma. It was not hard to see how Chavez lit up the room for so many whose lives were lived in the shadows.

The grandmother I met at a public library in the capital was one of them. For her, Chavez had opened a new world with his literacy campaign that taught her to read. Never mind it was at a sixth-grade level, this 60-something lady was no longer illiterate and was over the moon that she could read to her grandchildren, who had always read to her. But it was her utter sincerity toward Chavez that stayed with me. She couldn't talk about him without her eyes welling up with tears of gratitude.

While the zeal for Chavez bordered on the religious among the poor who make up Venezuela's majority, the upper- and middle-classes accused him of constructing a society of handouts rather than genuine jobs, and of failing to develop the country.

Still, his anti-free trade, anti-Washington rhetoric resonated among the dispossessed of Latin America. Many viewed Chavez as the counterweight to U.S.-backed free market reforms. With oil money, Chavez financed Argentine debt, funded other nations' infrastructure and provided cheap oil for Caribbean states and the urban poor of American cities.

On the night of his re-election in 2006, Chavez stood on the balcony of the presidential palace and appeared to be a different character than the affable politician who had administered to a pretty young girl at a hospital. He spoke in a driving rainstorm, his arms slicing the air for emphasis.

He made plain his plan to make Venezuela a socialist state. He threatened foreign oil companies. He never once smiled — and he'd just won in a landslide.

When I spoke with Western diplomats about his change in tone, they would dismissively tell me, "Oh, don't listen to what Chavez says. Watch what he does."

But Chavez did what he said he was going to do.

Within months of re-election, he nationalized the oil fields, demanded a majority stake in their reserves, and sent multinational oil firms fleeing, some to court, some simply out of the country.

Historian and University of Chile law professor Alfredo Jocelyn-Holt once remarked to me that his students were enthralled with what was happening in Venezuela. Chavez was to them what Fidel Castro was to his generation, he said.