Accessibility links
South Dakota Governor Signs Law Allowing Guns In Schools : The Two-Way While the laws in some states might allow school employees to bring guns into classrooms, South Dakota is believed to be the first state to enact such a specific measure. It gives districts the right to set up "school sentinel" programs that train personnel.

South Dakota on Friday became what's "believed to be the first state to pass a law that specifically allows teachers to carry firearms," as The New York Times writes.

Gov. Dennis Daugaard (R) signed the "school sentinels" bill that gives districts the right to "create, establish, and supervise the arming of school employees, hired security personnel, or volunteers." In some other states, less specific provisions in current laws could give school employees the right to carry arms. As NBC News has reported, 18 states "allow adults to have a loaded gun on school grounds, usually as long as they have written permission." 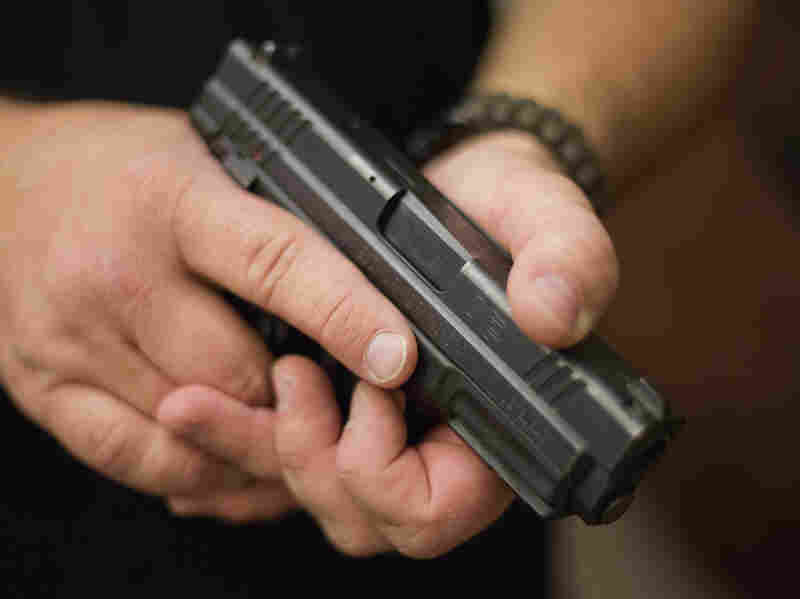 After training, teachers and other staffers in South Dakota could choose to bring guns with them to school if their districts want to set up "sentinel" programs. Jim Urquhart /Reuters /Landov hide caption 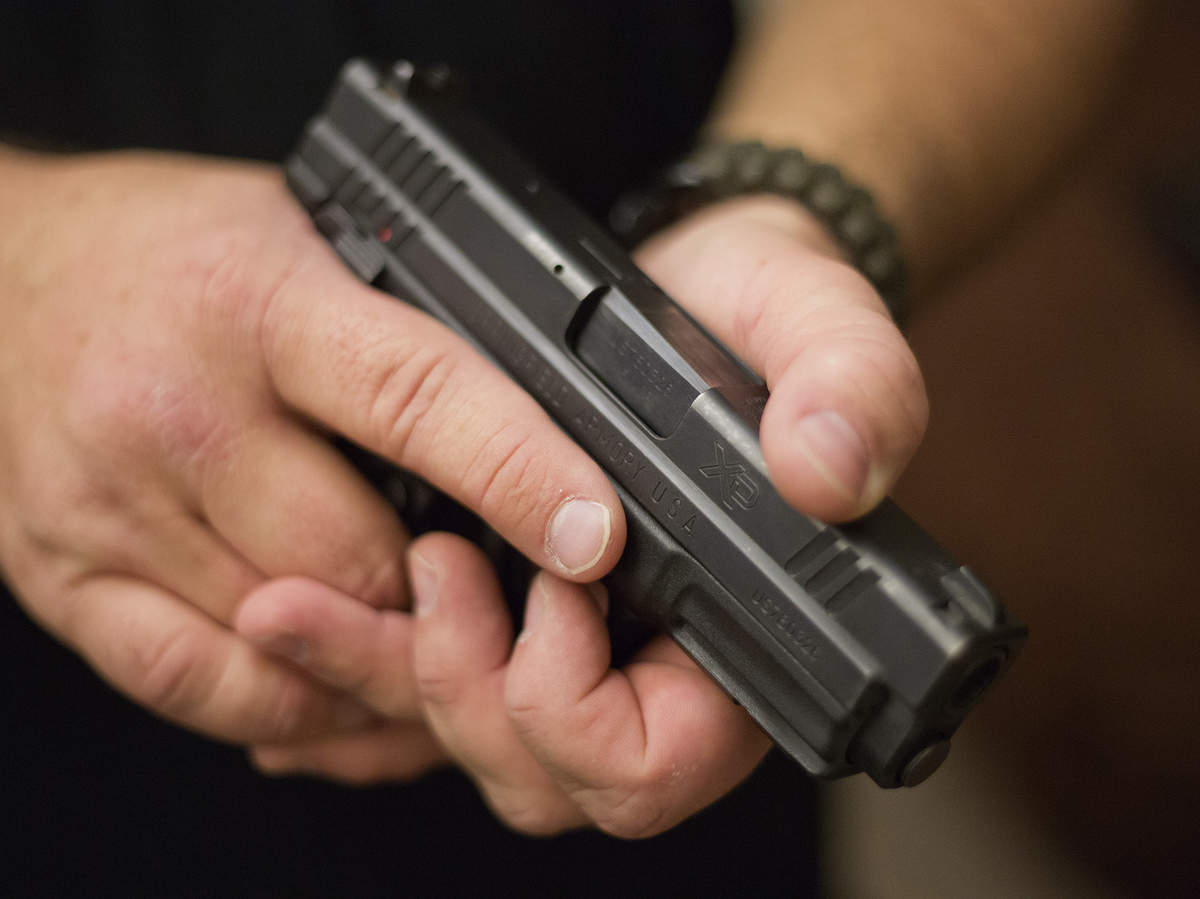 After training, teachers and other staffers in South Dakota could choose to bring guns with them to school if their districts want to set up "sentinel" programs.

South Dakota's Argus Leader writes the the law signed today was "hotly debated this legislative session ... it was pitched as a way for small schools without nearby law enforcement to protect themselves against shooters or other dangers."

The Rapid City Journal says the law has been enacted "despite opposition from the education community." Don Kirkegaard, superintendent of the Meade School District, tells the Journal that "I just wish ... everybody would have talked a little bit together before we started passing legislation."

The law's passage and signing follows, of course, the Dec. 14 school shooting in Newtown, Conn., that left 20 students and six educators dead.

Under the new law, before creating a sentinel program a school district must "obtain the approval of the law enforcement official who has jurisdiction over the school premises."

The law goes on to state that:

-- Districts may not require any teacher or school employee to arm themselves, and "no individual teacher or other school employee may be censured, criticized, or discriminated against for unwillingness or refusal to carry firearms pursuant to this Act."

-- "The failure or refusal of any school board to implement a school sentinel program does not constitute a cause of action against the board, the school district, or any of its employees."

-- "A decision by a school board to implement a school sentinel program pursuant to section 1 of this Act may be referred to a vote of the qualified voters of the school district by the filing of a petition signed by five percent of the registered voters in the school district."

-- "Any person, other than a law enforcement officer or school sentinel acting pursuant to section 1 of this Act, who intentionally carries, has in his possession, stores, keeps, leaves, places, or puts into the possession of another person, any firearm, or air gun, whether or not the firearm or air gun is designed, adapted, used, or intended primarily for imitative or noisemaking purposes, or any dangerous weapon, on or in any elementary or secondary school premises, vehicle, or building or any premises, vehicle, or building used or leased for elementary or secondary school functions, whether or not any person is endangered by such actions, is guilty of a Class 1 misdemeanor.

We asked in December whether teachers who have "concealed weapons" permits should be allowed to have guns in schools. Nearly 58 percent of those who answered said yes; about 42 percent said no.