Accessibility links
Pakistan Begins Construction Of Pipeline Link With Iran : The Two-Way The U.S. has objected to the 1,000-mile-long pipeline, but Pakistan says it's needed to alleviate its energy shortfall. 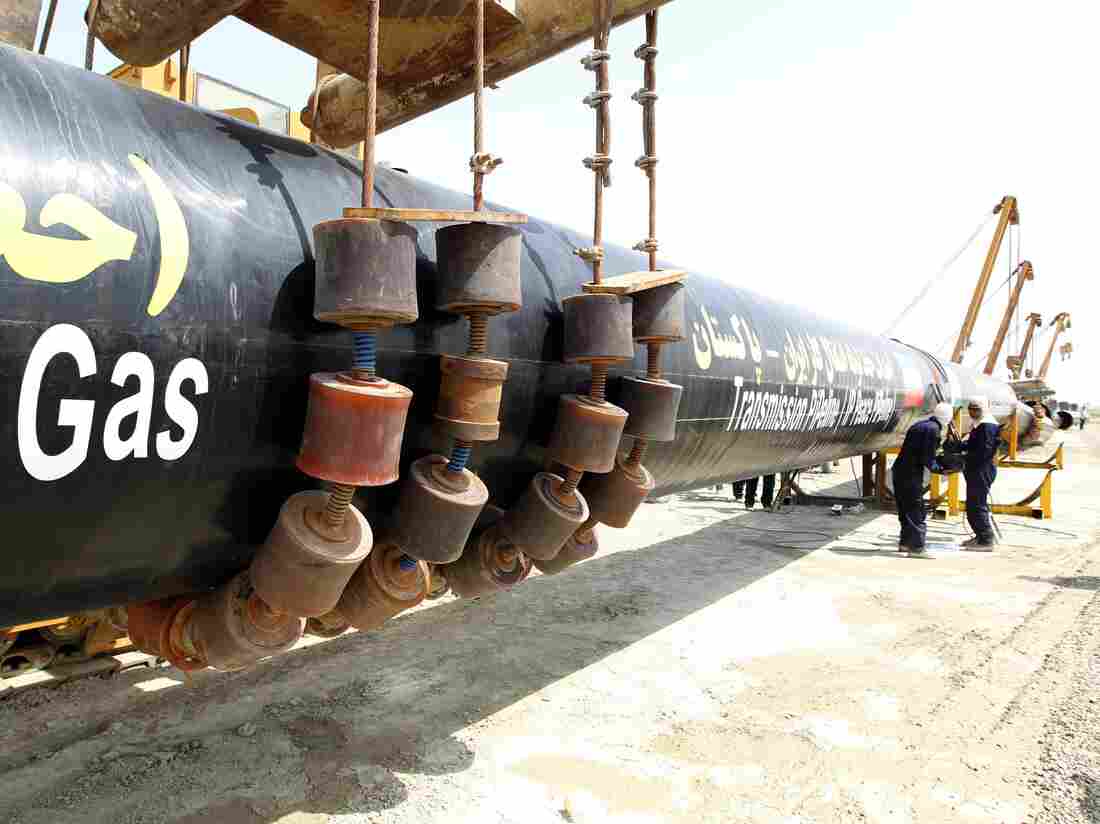 Iranians work on a section of the pipeline on Monday. Atta Kenare/AFP/Getty Images hide caption 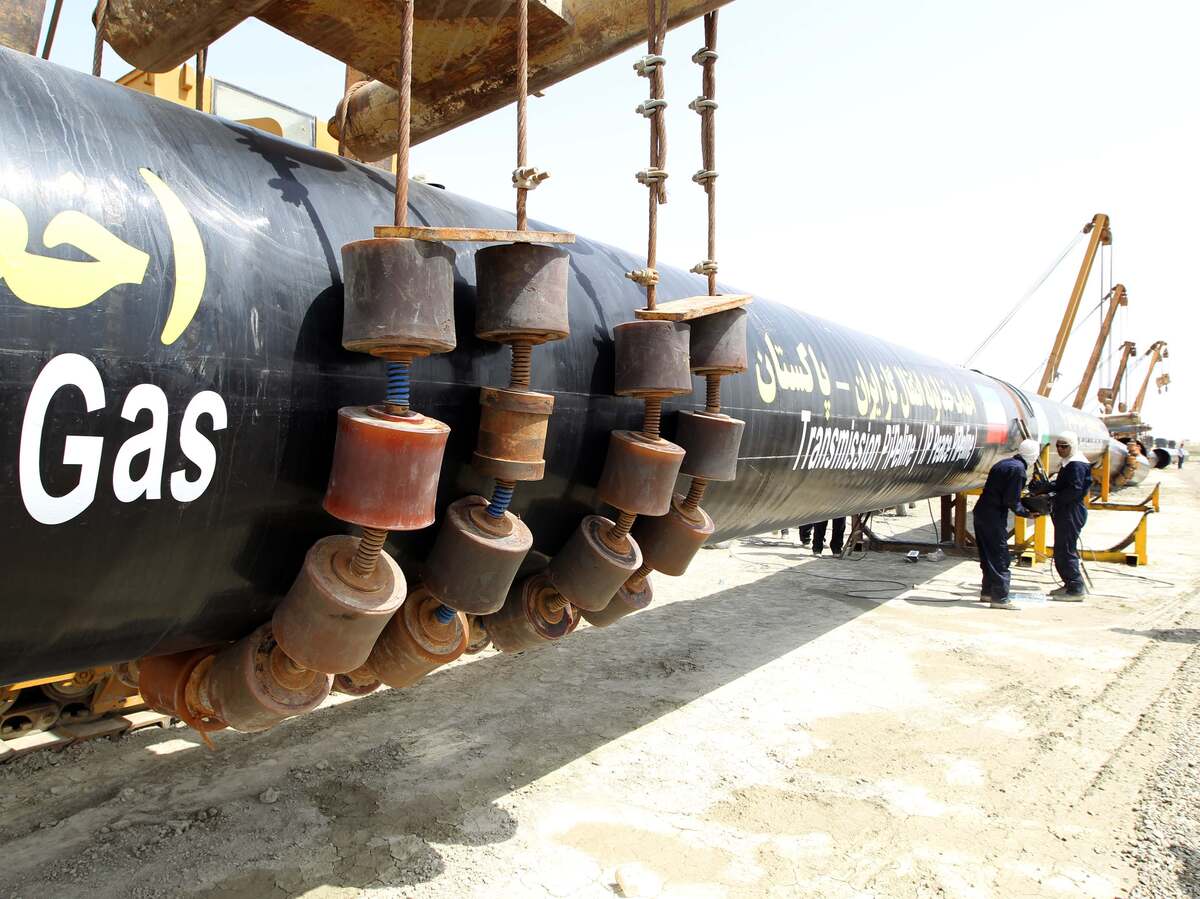 Iranians work on a section of the pipeline on Monday.

Iran and Pakistan are moving closer to completion of a nearly 1,000-mile natural gas pipeline linking the two countries, despite U.S. objections that it could become a source of hard currency for Tehran in defiance of international sanctions.

Monday marks the beginning of construction on Pakistan's part of the pipeline, which will consist of a 485-mile run. Iran has already completed most of its 760 miles of the link, which will stretch from Assaluyeh along Iran's Persian Gulf coast to Nawabshah in Pakistan's Sindh province.

The pipeline is meant to help alleviate shortfalls in energy demand in Pakistan, where brownouts and blackouts occur daily.

In a live television broadcast Monday, Iran's President Mahmoud Ahmadinejad stood side by side with his Pakistani counterpart, Asif Ali Zardari just inside the Iranian border.

Iran reportedly gave Pakistan a $500 million loan for the project, which is expected to cost Islamabad $1.5 billion.

"Today is a historic day. The gas pipeline project is the beginning of a great work," Ahmadinejad told assembled dignitaries from both countries.

"The Westerners have no right to make any obstacles in the way of the project," he added.

The U.S. has strenuously objected to the project, which Iran and Pakistan agreed to in 1995. According to the Pakistani media, U.S. Consul General Michael Dodman said in January that the U.S. would impose sanctions on Islamabad if the pipeline went ahead.

"If this deal is finalized for a proposed Iran-Pakistan pipeline, it would raise serious concerns under our Iran Sanctions Act. We've made that absolutely clear to our Pakistani counterparts," State Department spokeswoman Victoria Nuland said during a Washington news conference last week.

Babar was quoted as saying the project is only about energy requirements.

"The project will bring economic prosperity, provide better opportunities to the people and help defeat militancy," he told Dawn.

The pipeline was scheduled to begin operations in 2014, but delays have caused construction to fall behind.