Accessibility links
Alabama's Governor Signs Education Bill Allowing School Choice : The Two-Way Alabama's Gov. Robert Bentley has signed a sweeping education bill that gives tax credits to parents who want to transfer their children from a failing public school to another public or private school. The bill became law one day after the Alabama Supreme Court ruled a lawsuit against it was premature. 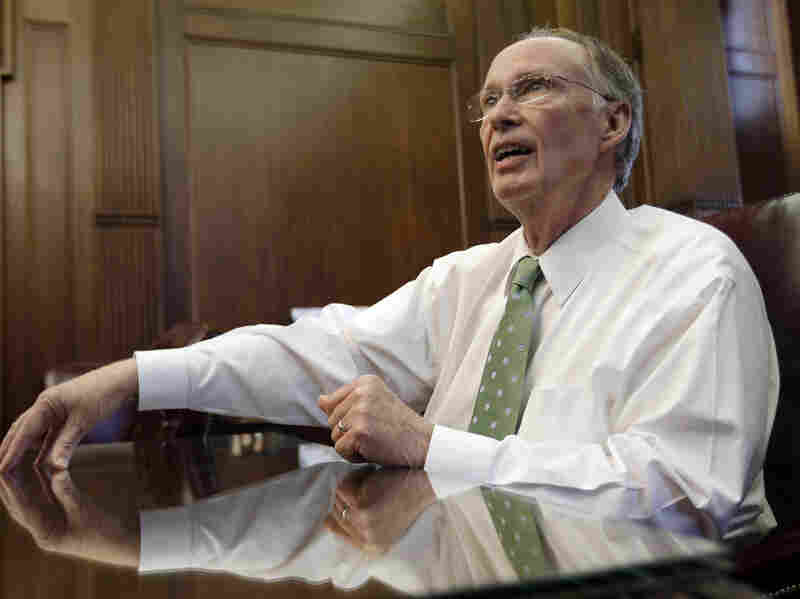 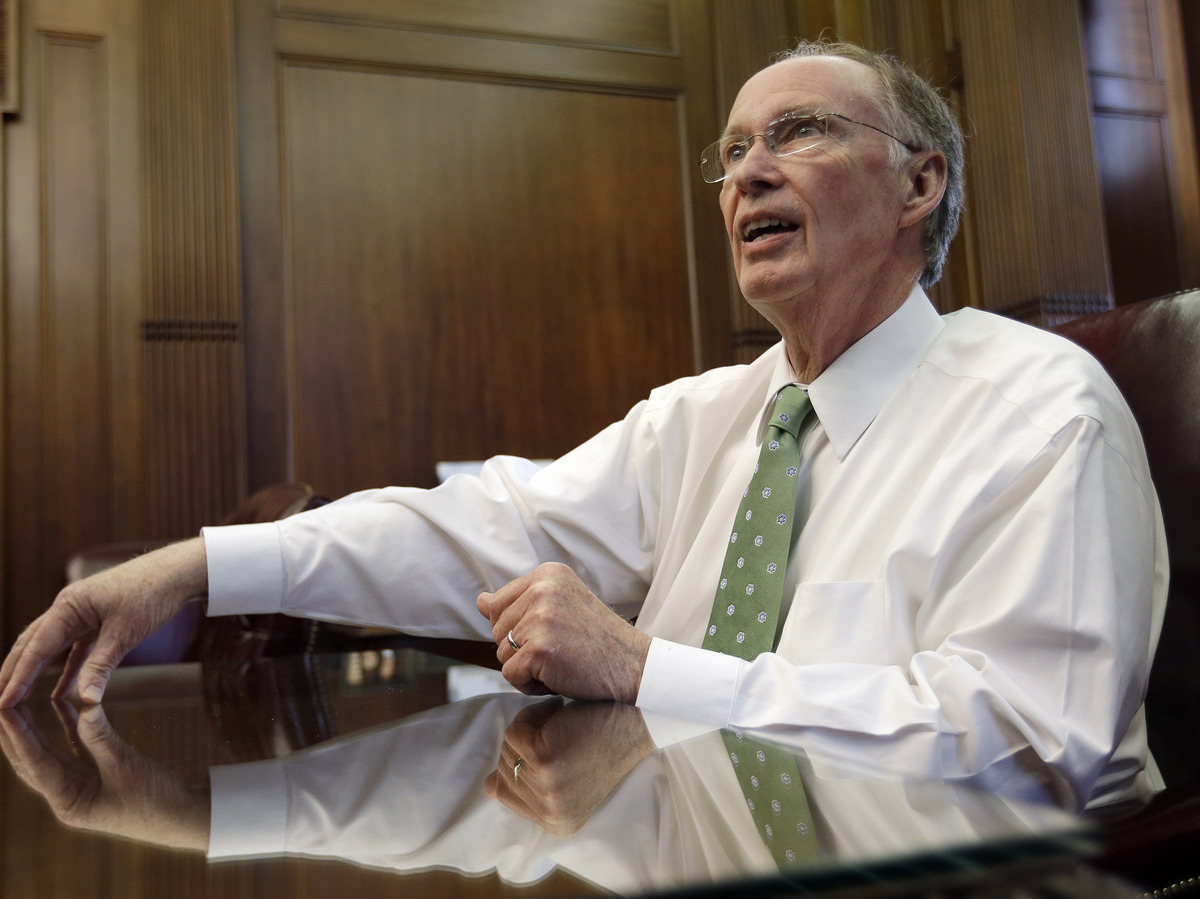 Alabama Gov. Robert Bentley has signed the controversial Alabama Accountability Act into law. The measure's opponents say they will seek to block it.

Alabama's Gov. Robert Bentley has signed a sweeping education bill that gives tax credits to parents who want to transfer their children from a failing public school to another public or private school. The bill became law one day after the Alabama Supreme Court ruled that a lawsuit against it was premature.

The controversial Alabama Accountability Act was adopted by the Republican-controlled Legislature in a loud and contentious vote on Feb. 28. Democrats and teachers' groups say the bill underwent massive changes during a late visit to a conference committee, transforming it from a measure allowing flexibility to school districts into a school-choice bill.

After announcing on Twitter that he had signed the bill, Bentley tweeted his support for it, saying, "For the first time ever, we're giving all public schools the flexibility they need to better serve their students."

The bill more than doubled in size when it emerged from the committee for a final vote, leading education leaders to withdraw their support and spurring Democrats to accuse their colleagues of underhanded tricks.

After the Alabama Education Association sued on the grounds that the bill's passage had violated the Open Meetings law, a circuit judge in Montgomery issued a temporary order last week that blocked the bill from going to the governor, hours before he intended to sign it into law.

In its ruling Wednesday, the state's high court essentially said that the lawsuit was premature, as "the underlying dispute is not ripe for adjudication at this time," and that the bill can proceed to the governor's office, where it was delivered Thursday morning, AL.com reports.

After the high court issued its ruling, "Democratic legislators expressed disappointment while Republican leaders praised the action," reports WBHM's Andrew Yeager from Birmingham. "A teachers association lawyer says the court indicated the suit should be filed after the governor signs the bill, and that's what the group intends to do."

As it has come under closer inspection, the Alabama Accountability Act has also irked Republican legislators, who say the wording of the adopted bill is different from what they thought they were voting on.

A main difference between the bills, Whitmire says, is a portion that allows schools to choose which students they will accept, which Rep. Paul DeMarco, a Republican, says he thought was included in the final version. It is not.

"This is very important to very successful school systems," Whitmire says, "especially systems around Birmingham, that don't necessarily want to see a flood of students pouring over their borders and into their school system."

A main concern, Whitmire says, is whether the measure would be used as a way to manipulate schools' sports programs, or to create a "brain drain, that sort of concentrates your most challenged students in school systems that are already having problems."

The Alabama Department of Education has also said it has identified problems in the bill, from outdated information to unclear criteria for defining a "failing" school.

Speaker of the House Mike Hubbard has acknowledged that the bill needs to be revised. But as The Birmingham News' John Archibald tells WBHM today, any revisions will likely come after the bill becomes law, rather than have Bentley send the bill back to the legislators.

"There's the risk, if the governor does that, that the whole thing gets bogged down in the swamp that is the Legislature," Archibald says.