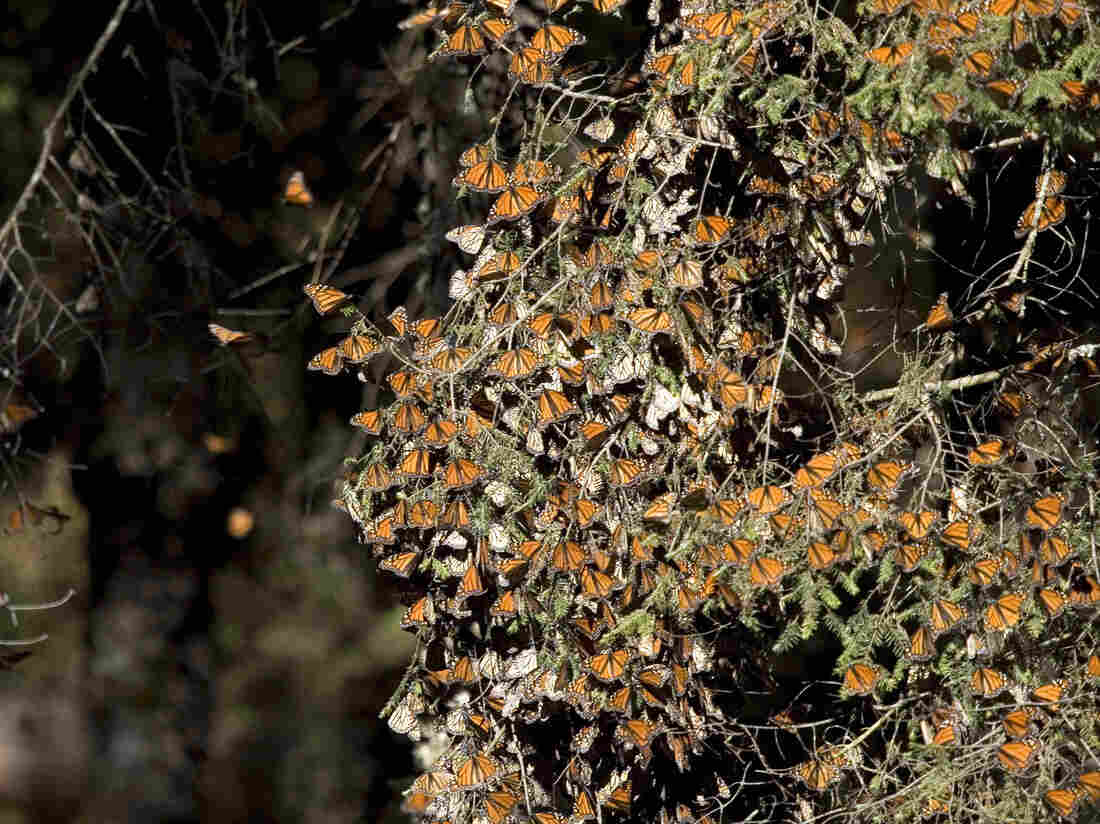 Monarch butterflies in December 2008 at the Sierra del Chincua sanctuary in Angangueo, in the Mexican state of Michoacan. Mario Vazquez/AFP/Getty Images hide caption 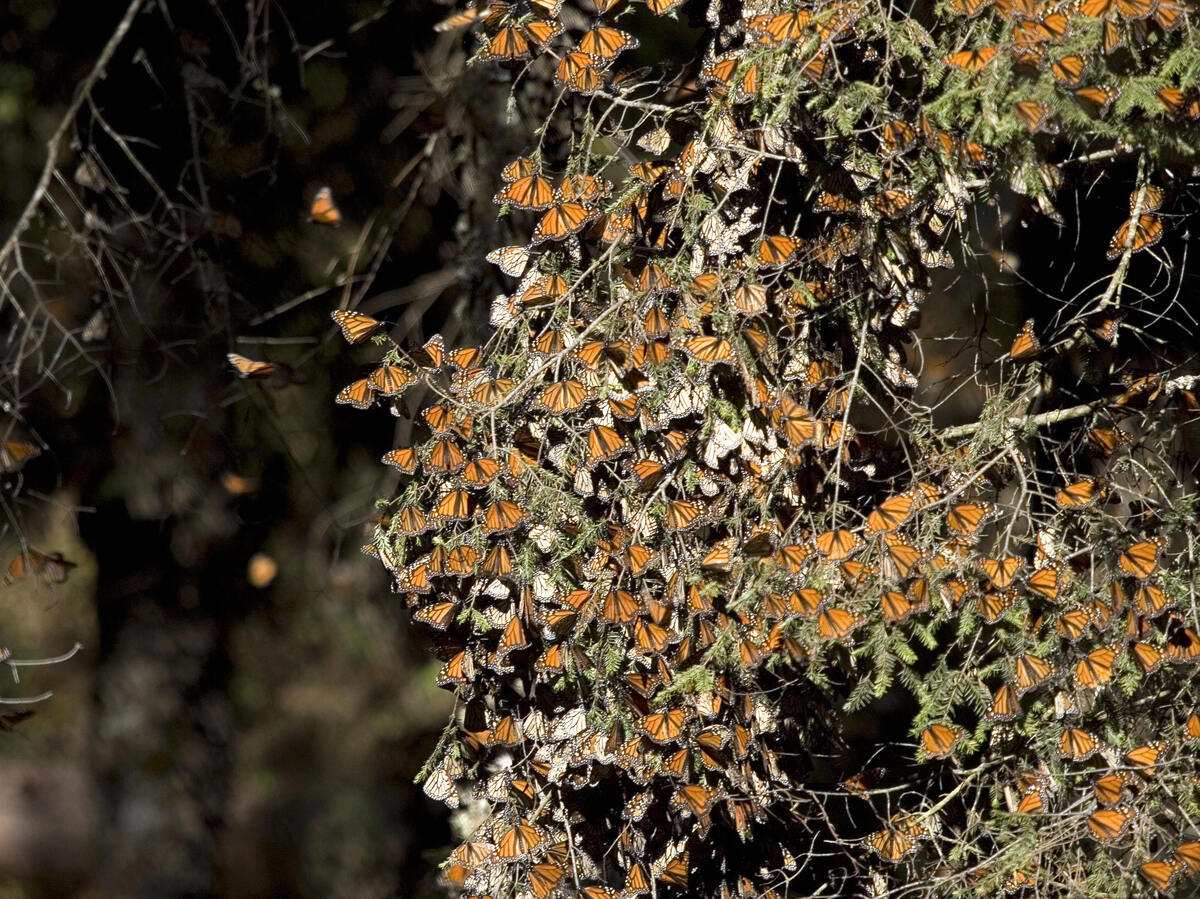 Monarch butterflies in December 2008 at the Sierra del Chincua sanctuary in Angangueo, in the Mexican state of Michoacan.

Monarch butterflies that once covered 50 square acres of forest during their summer layover in central Mexico now occupy fewer than 3 acres, according to the latest census.

The numbers of the orange-and-black butterflies have crashed in the two decades since scientists began making a rough count of them, according to Mexico's National Commission of Natural Protected Areas.

At a news conference Wednesday, the commission said the count was down 59 percent from December 2011 levels, when the insects filled 7.14 acres of fir trees in central Mexico.

"We are seeing now a trend which more or less started in the last seven to eight years," Omar Vidal, the head of the World Wildlife Fund's Mexico operations, said in an interview with The New York Times. Although insect populations can fluctuate greatly even in normal conditions, the steady downward drift in the butterfly's numbers is worrisome, he said.

The Associated Press quotes experts as saying the decline in the Monarch population now marks a statistical long-term trend and is no longer seen as a combination of yearly or seasonal events.

Why is it happening?

Vidal points north, to the monarchs' summer home in the U.S. Midwest. The farmland there once provided plenty of milkweed sprouting between rows of corn and soybean. But the heavy use of genetically modified, herbicide-tolerant crops has allowed farmers to wipe out milkweed and eliminate the monarchs' main food source.

In an interview with the Times, Chip Taylor, director of the conservation group Monarch Watch at the University of Kansas, said the Midwest milkweed habitat "is virtually gone. We've lost well over 120 million acres, and probably closer to 150 million acres."