Accessibility links
Pope Francis Is Now 'Papa Crow' To His Favorite Soccer Club : The Two-Way The new pope is a big fan of the Argentine team San Lorenzo, from his home town of Buenos Aires. Known as "Los Cuervos" ("The Crows"), the team has enthusiastically adopted Francis as its "papa." 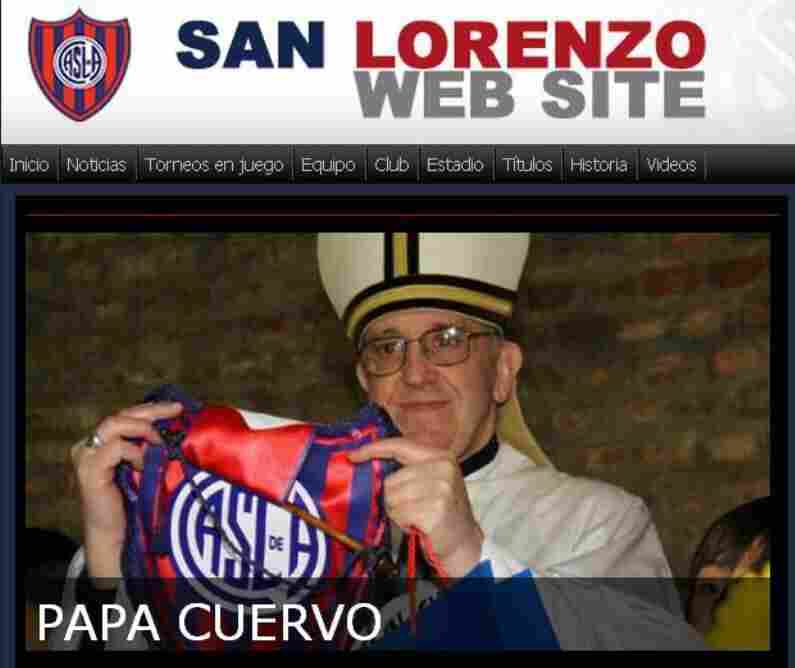 The San Lorenzo football club is very excited to have "Papa Crow" on its side. Web image of San Lorenzo club's website hide caption 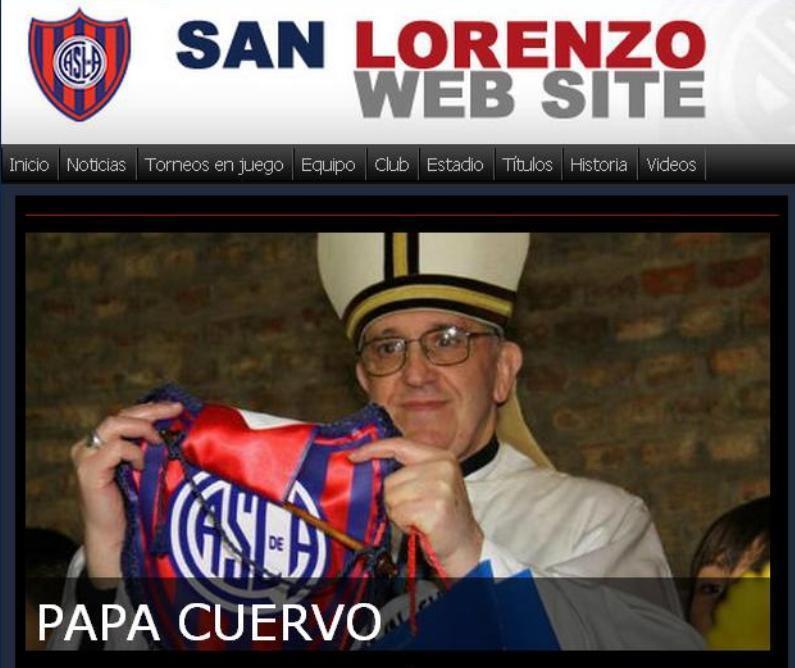 The San Lorenzo football club is very excited to have "Papa Crow" on its side.

Talk about having a powerful hincha on your side.

As the website of Buenos Aires soccer club San Lorenzo declares, the team now has "Papa Cuervo" (Papa Crow) among its card-carrying fans. 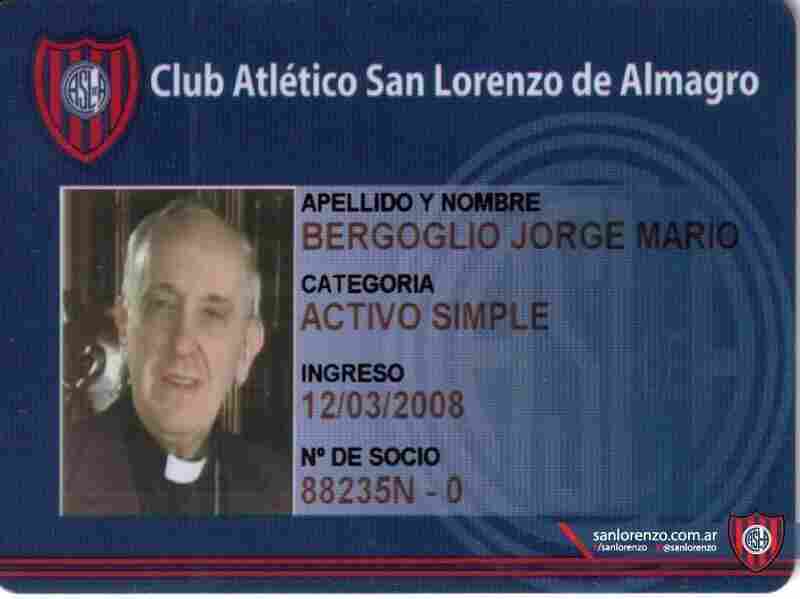 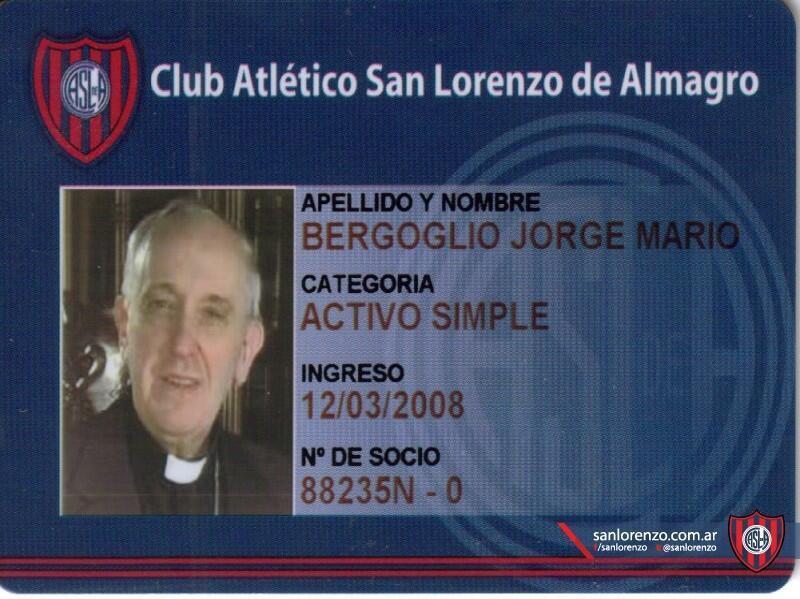 "Los Cuervos" ("the crows") is one of the San Lorenzo club's nicknames (others include "El Ciclón" or "the Cyclone"). And the man who on Wednesday night changed from Cardinal Jorge Mario Bergoglio to Pope Francis, is indeed an official card-carrying supporter of that Argentine Primera División team.

On Morning Edition today, Thomson/Reuters correspondent Hugh Bronstein said then-Cardinal Bergoglio was known in recent years to "talk about the team's performance the night before" as he would ride the bus to work.

Will having a pope among its faithful help San Lorenzo? The team could use some inspiration. One of Argentina's "big five" clubs, it won the league title in 2007. But, as The Independent writes, "the last few seasons have not been happy ones as the club has come perilously close to relegation" (demotion to a lower-level league). The team is now 12th in the 20-team league.

The team's next home game: March 31 against Newell's Old Boys from Rosario.

The 31st is Easter Sunday. Given who their No. 1 fan is, we expect quite a scene.

-- The San Lorenzo team was founded in 1908 "on the initiative of a group of young people in collaboration with the Salesian priest Lorenzo Massa."