Accessibility links
2 Dead Indian Fishermen, 2 Accused Italian Marines, A Diplomatic Row : The Two-Way India wants the marines returned to stand trial. Italy is refusing to send them back. The Indian Supreme Court on Thursday ordered the Italian ambassador not to leave the country. Both countries claim they are on solid legal footing. 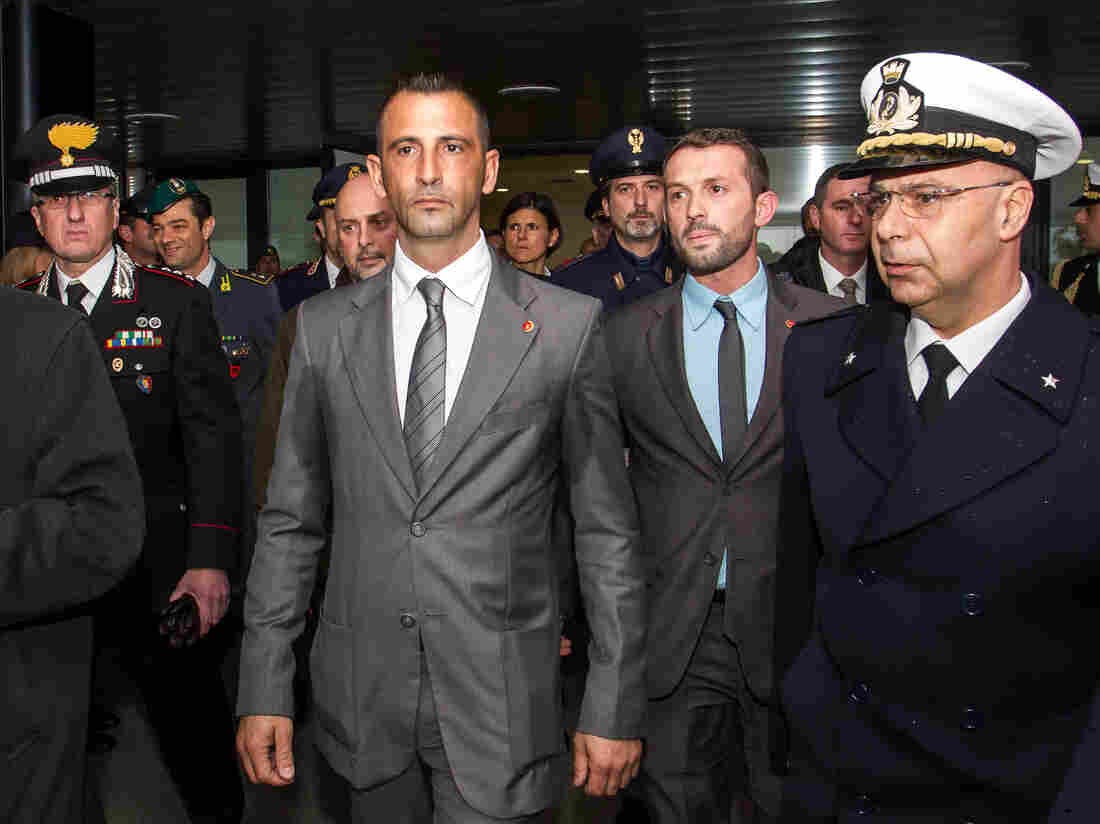 Italian marines Massimilian Latorre (left) and Salvatore Girone, who are at the center of a diplomatic row between India and Italy, return to Rome on Feb. 23. The two men have been charged in India with killing two fishermen, whom they mistook for pirates. India is demanding their return. Angelo Carconi/AP hide caption 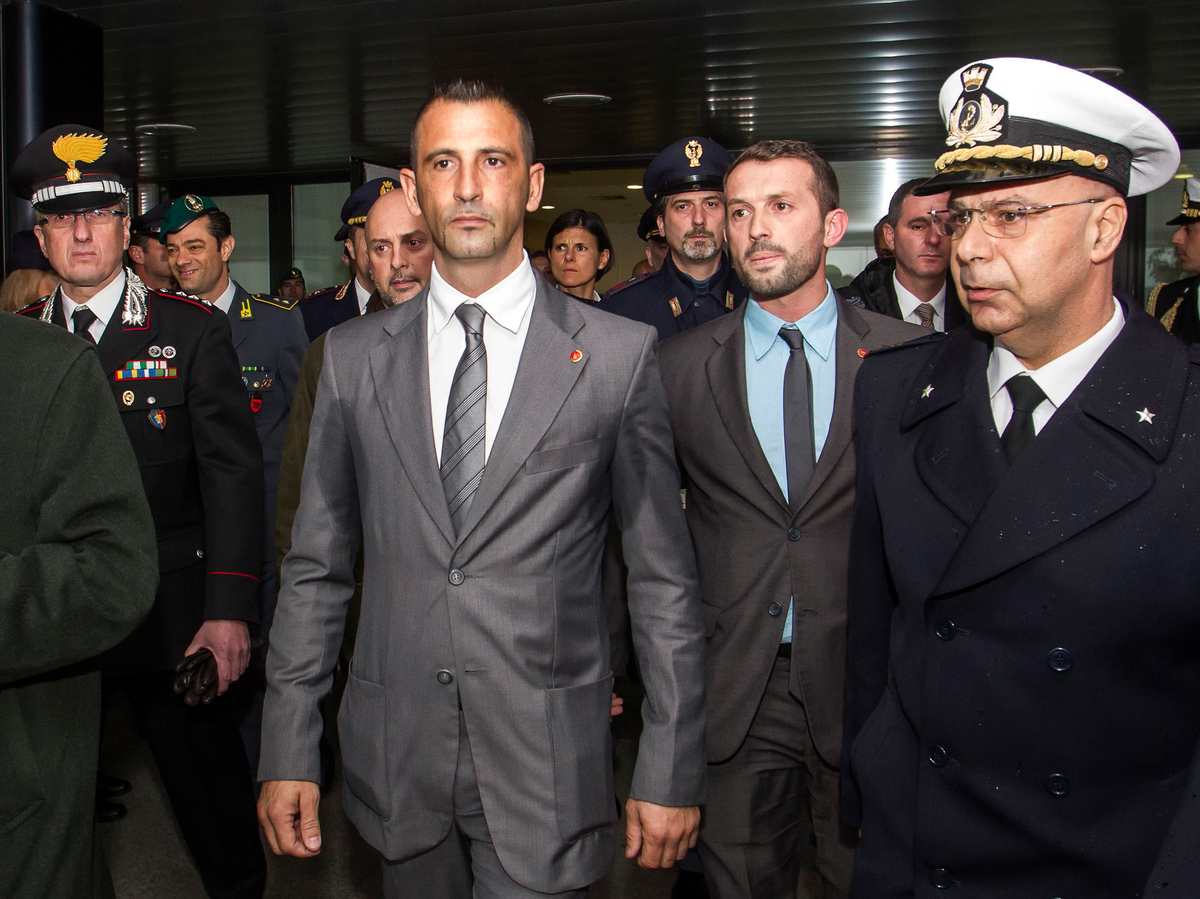 Italian marines Massimilian Latorre (left) and Salvatore Girone, who are at the center of a diplomatic row between India and Italy, return to Rome on Feb. 23. The two men have been charged in India with killing two fishermen, whom they mistook for pirates. India is demanding their return.

India's Supreme Court on Thursday ordered the Italian ambassador not to leave the country after Rome refused to let the marines return to India to stand trial for the killings. The court had earlier allowed the marines to return to Italy to vote in last month's national elections after Ambassador Daniele Mancini assured Indian authorities that they would return by March 22 to stand trial. Earlier this week, the Italian Ministry of Foreign Affairs said that won't happen. The Indian court has given Mancini until March 18 to respond.

Here's the background to the story, from The Associated Press:

"The marines, Massimilian Latorre and Salvatore Girone, were part of a military security team aboard a cargo ship when they opened fire on a fishing boat in February last year, killing the two fishermen. The marines said they mistook the boat for a pirate craft.

"Italy maintains that the shooting occurred in international waters and that Rome should have jurisdiction. India says the ship was in Indian territorial waters."

Indian officials, from Prime Minister Manmohan Singh on down, have warned of "consequences" unless Italy returns the marines. Indian officials on Thursday said they were reviewing relations with Rome amid the standoff. The semi-official Press Trust of India reported that India's ambassador-designate to Italy, who was scheduled Friday to leave for Rome, is not going there for now.

The story is dominating the news media in India. The government's strong response may, in part, be dictated by the pressure it is under. As the BBC puts it:

"With an indignant Indian media at its back, and two grieving families pressing for justice, the government is under pressure to take a tough line. It has been accused of being weak and naive in allowing the marines to go."

"Our very solid position, of which we are fully convinced and that is shared by many of our major international community partners, is that we are acting in full compliance with international legal standards and customary international laws and treaties," Foreign Minister Giulio Terzi said in Jerusalem.

The question now is whether the Indian court's order barring the Italian envoy's departure breaches the Vienna Convention, which governs diplomatic relations between states. Here's what the treaty says, in part:

"The person of a diplomatic agent shall be inviolable. He shall not be liable to any form of arrest or detention. The receiving State shall treat him with due respect and shall take all appropriate steps to prevent any attack on his person, freedom or dignity."

India denies that the convention is being violated.

The diplomatic row could have consequences for India's ongoing negotiations over a free-trade deal with the European Union.