Accessibility links
New Pope Praises Benedict, Asks Cardinals To Evangelize : The Two-Way The new pope says Benedict's prayers fuel the church and calls on the prelates to find new ways to evangelize "to the ends of the Earth." 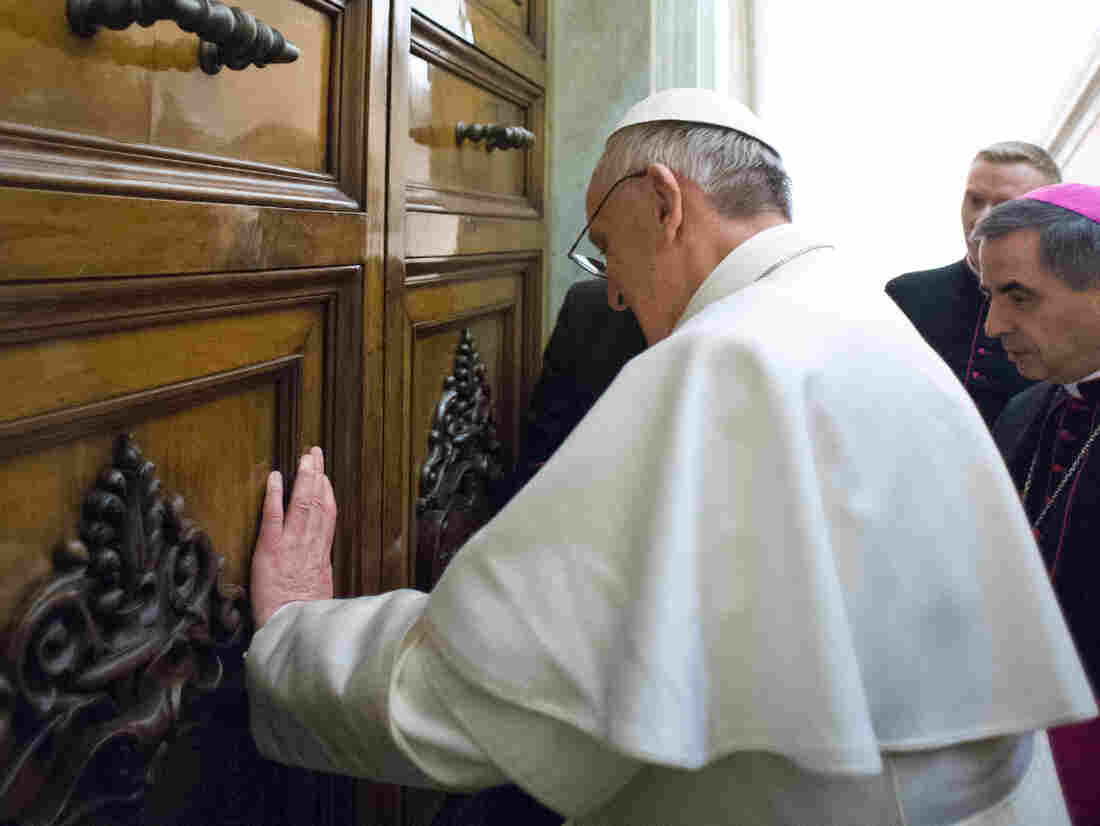 Pope Francis as he visits the papal residence at the Vatican on Thursday. Vatican/AFP/Getty Images hide caption 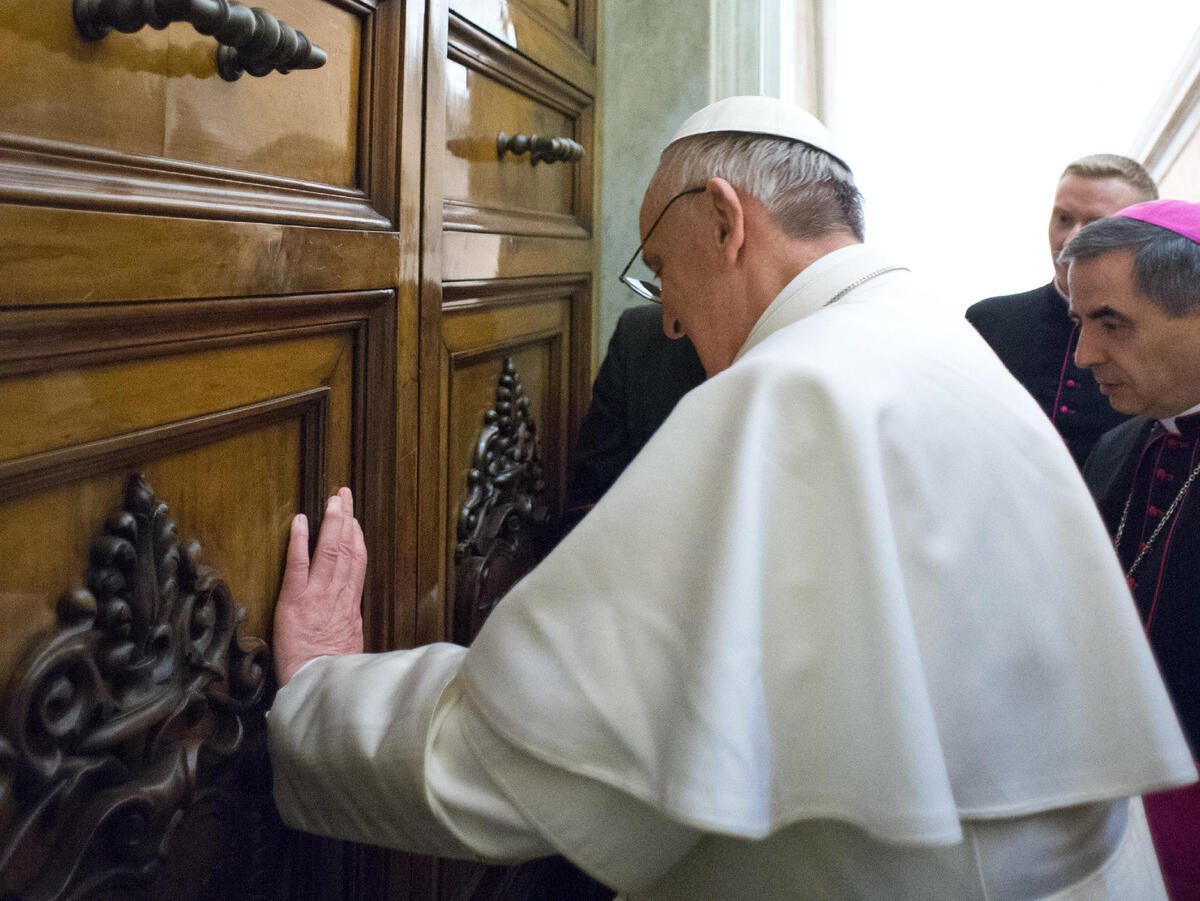 Pope Francis as he visits the papal residence at the Vatican on Thursday.

Pope Francis, in his first audience with the cardinals since becoming head of the world's 1.2 billion Roman Catholics, praised his predecessor, Benedict XVI, and urged the evangelization of the church's message.

Francis said of Benedict, who served as pontiff for eight years before his historic resignation last month, that he "lit a flame in the depths of our hearts that will continue to burn because it is fueled by his prayers."

On his first full day as pope Thursday, the former archbishop of Buenos Aires called on the cardinals "to find new ways to bring evangelization to the ends of the Earth" and cautioned against giving into pessimism — "that bitterness that the devil offers us every day."

The 76-year-old pontiff, formerly Cardinal Jorge Mario Bergoglio, encouraged the prelates — many in their 60s and 70s — to pass their wisdom to younger members of the church. "Like good wine, [it] gets better with the years. Let's give the young the wisdom of life."

Meanwhile, the Rev. Francisco Jalics, a Jesuit priest who was abducted along with fellow priest Orlando Yorio by Argentina's military during the country's so-called "dirty war," says he and Yorio reconciled with Bergoglio, who was accused at the time of having not done enough to prevent the kidnapping.

Bergoglio has said he told the priests to give up their slum work for their own safety, and they refused. Yorio, who is now dead, later accused Bergoglio of effectively delivering them to the death squads by declining to publicly endorse their work.

'It was only years later that we had the opportunity to talk with Father Bergoglio ... to discuss the events,' Jalics said Friday in his first known comments about the kidnapping, which occurred when the new pope was the leader of Argentina's Jesuits.

The Vatican on Friday released a statement saying the accusations against Pope Francis related to the period when Argentina was ruled by a junta are part of a "defamatory" campaign by the "anti-clerical left wing."

Vatican spokesman the Rev. Federico Lombardi said Argentine courts had never accused Bergoglio of any crime and that instead, there was plenty of evidence that he protected people from the country's death squads during the military's "dirty war" to eliminate leftist opposition, according to the AP.

Lombardi said the accusations were made long ago "by anti-clerical left-wing elements to attack the church and must be decisively rejected."