Accessibility links
Construction Crews May Have Found 'Black Plague' Victims In Britain : The Two-Way A British rail company says its archaeologists have discovered 13 skeletons they suspect died in the bubonic plague outbreak that killed millions of people, starting in 1347.

Construction Crews May Have Found 'Black Plague' Victims In Britain

Construction Crews May Have Found 'Black Plague' Victims In Britain 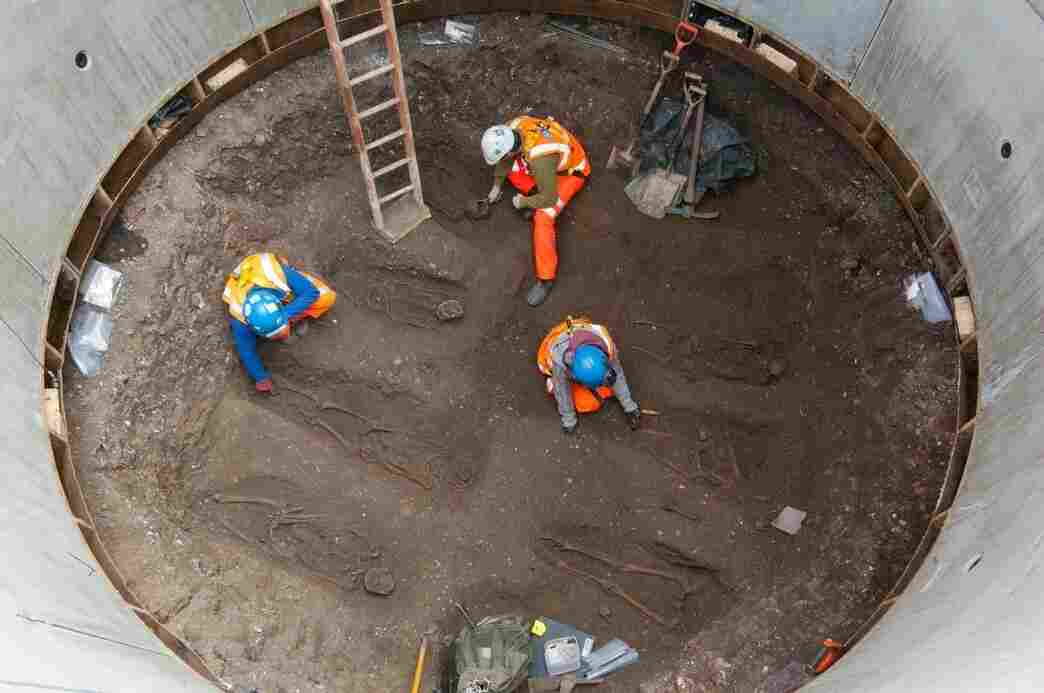 Archaeologists examine skeletons thought to be from the 14th century that were discovered in an excavation belonging to British rail company, Crossrail. Crossrail hide caption 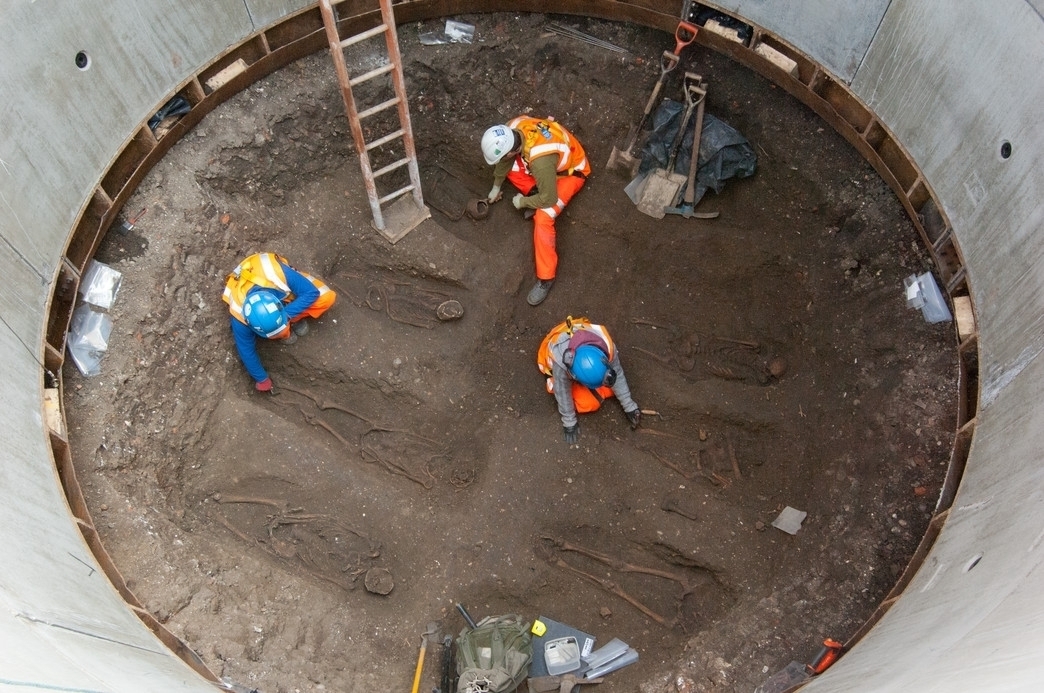 Archaeologists examine skeletons thought to be from the 14th century that were discovered in an excavation belonging to British rail company, Crossrail.

What can you find underneath a British railroad or parking lot? These days it could be skeletons, and probably a lot of them. Last month, researchers announced the bones of a man discovered underneath a British parking lot were actually King Richard III. Today, a British rail project says some of its staff stumbled upon skeletons of people who may have died of the Black Death nearly 700 years ago, during an outbreak of bubonic plague.

Thirteen skeletons were found lying in two neat rows about eight feet beneath the road in central London, as workers surveyed land for the Crossrail project, a transportation effort that's building new rail lines for London. It's believed they're from a bubonic plague outbreak in 1348: researchers also found pottery dating from that time period, and say the depth at which the bodies were buried, also indicates an approximate time of death.

It's interesting how the rail effort came across the bones. The Crossrail lines will crisscross the British capital with a lot of underground tunnelling, so the company hired a team of archaeologists to work on any potential discoveries. Up to now, the company says: "the finds uncovered from our work sites include prehistoric animal bones, Roman remains, human remains from the infamous 'Bedlam' psychiatric hospital and remnants of Britain's industrial past. An extremely rare piece of UK amber, estimated to be 55 million years old, is also on display."

Then there's the amazing burial ground discovered this month. The company says some historical records suggest as many as 50,000 people could be buried in the area. Records suggest these no man's land burial grounds for plague victims were used through the 1400's, but no evidence of a huge cemetery has ever been found.

The skeletons will go to the Museum of London Archaeology, where they'll be tested for DNA remnants. Scientists are interested in learning more about the plague. As the Associated Press reports, "the plague began ravaging Europe in 1347, spreading quickly and killing an estimated 30 percent to 60 percent of the European population. Some 75 million people in all are believed to have died in the four-year pandemic, including 25 million Europeans."