Accessibility links
A Peek Into Exoplanet's Atmosphere Offers Clues To How It Was Formed : The Two-Way Scientists say the discovery of more carbon than oxygen and no methane in the atmosphere of a gas giant favors one theory of solar system formation. 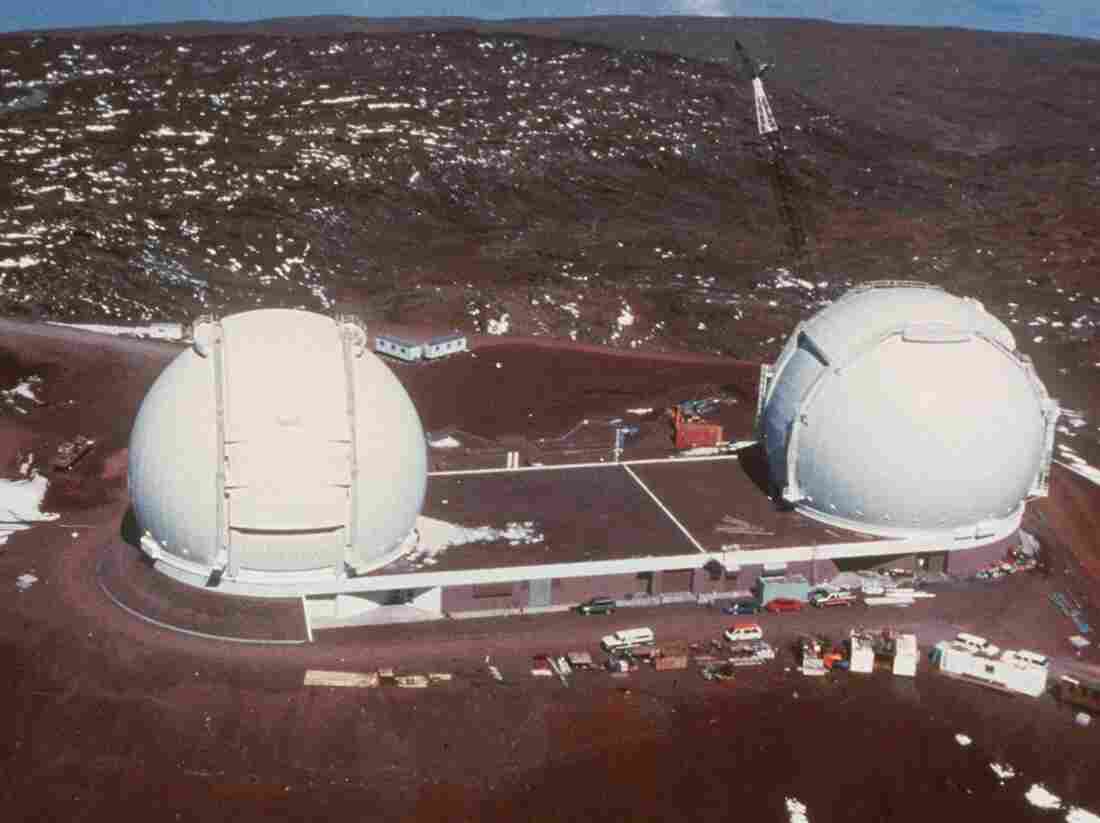 The 10-meter Keck II (right), a twin of the world's largest optical telescope, was used to study the atmosphere of HR 8799c. Richard Wainscoat/AP hide caption 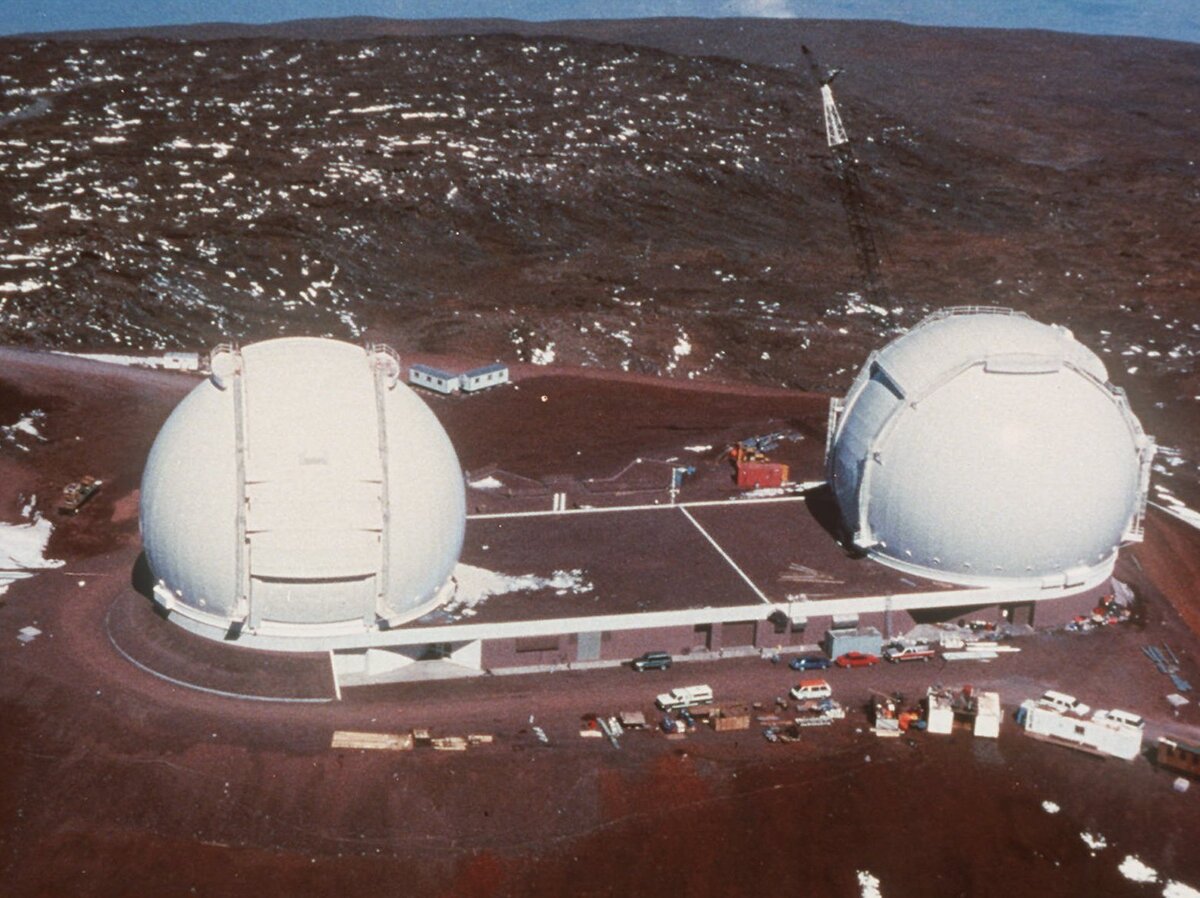 The 10-meter Keck II (right), a twin of the world's largest optical telescope, was used to study the atmosphere of HR 8799c.

Scientists peering into the atmosphere of a giant planet 130 light years away believe their findings bolster one theory of how solar systems form.

The planet, orbiting the star HR 8799, is part of a solar system containing at least three other "super-Jupiters" weighing in at between five and 10 times the mass of our own Jupiter. The nearby system features a brash, young 30-million-year-old star (by contrast, our Sun is in midlife at about 4.5 billion years old).

The fact that the planets are "large, young and very far from their parent star," made them an easy mark for researchers, Christian Marois of the National Research Council of Canada, one of the study's co-authors, was quoted as saying by The Space Reporter.

Space.com quotes another co-author, Bruce Macintosh, an astronomer at Lawrence Livermore National Laboratory in California, as saying that HR 8799 is "the only system in which multiple planets can individually be seen."

The team, which used the Keck II 10-meter telescope on Hawaii's Mauna Kea volcano to capture infrared light from the planet, wanted to know if the composition of its atmosphere could lend credence to one of two leading models of solar system formation — the venerable "core accretion" theory or the newer one, called "gravitational instability."

Core accretion — A flattened disk of material forms around a new star and gradually the particles form small orbiting clumps that get progressively bigger until they are planet-sized.

Gravitational instability — Planets form in "havens of stability," whipping around a star amid an otherwise turbulent disk of gas.

What the scientists found in the atmosphere of HR 8799c — one of the super-Jupiters that orbits about as far from its host star as our Pluto does from the Sun — was water vapor and carbon dioxide. But no methane.

The lack of methane "tells us that there must be mixing between the different layers of the atmosphere, much like a lava lamp swirls material up and down," co-author Quinn Konopacky, an astronomer at the University of Toronto, tells Space.com.

"Since methane is a sensitive molecule, it can be destroyed when it gets mixed into the deeper, hotter parts of the atmosphere. This mixing tells us about the atmospheric conditions in young Jupiter-like planets."

Although they saw a lot of water vapor, it was less than they'd expected, meaning a little more carbon than oxygen, Konopacky explains.

And that suggests core accretion was the planet-building mechanism in the star system, she says.

There's one small problem: The classic core accretion theory can't account for such large planets as HR 8799c forming so far from their host stars. According to Space.com:

"Researchers are now tinkering with existing models of core accretion to see how planets might form via the process at great distances from their stars. For instance, there may be more matter at the outer edges of the protoplanetary discs of matter around stars that give rise to planets than before thought, or perhaps solid matter could stick together and form planetary cores easier or faster than previously suspected."