Accessibility links
North Dakota Legislature OKs Bill Banning Abortions After Heartbeat Is Found : The Two-Way The bill, which would ban abortions as early as six weeks into a pregnancy, is a direct challenge to Supreme Court decisions. 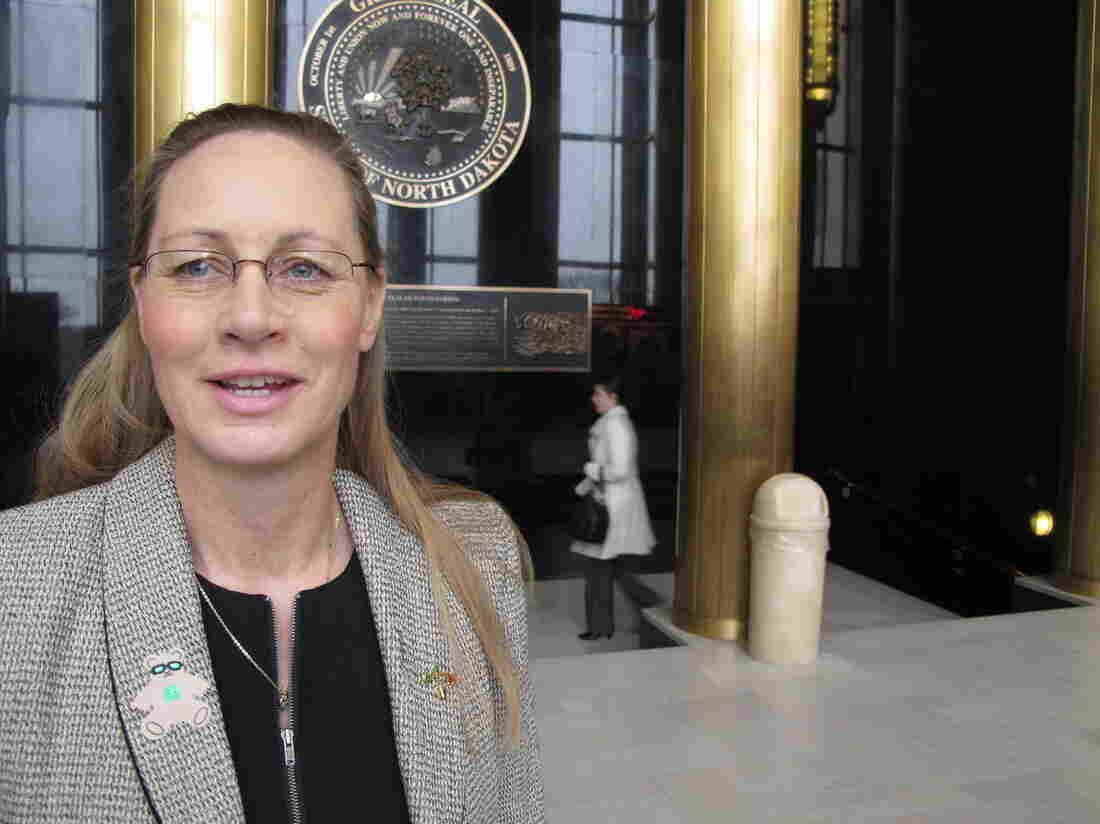 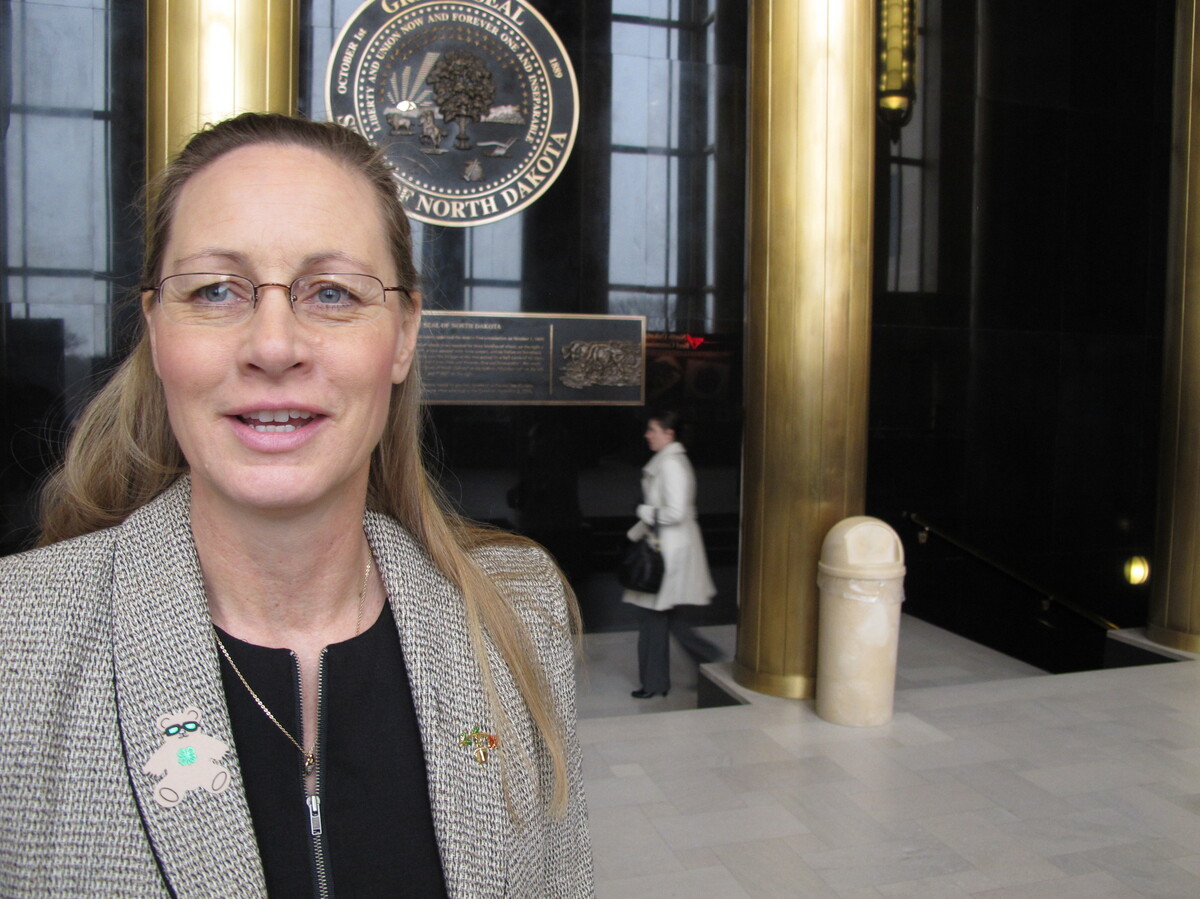 Rep. Bette Grande, R-Fargo, talks to reporters at the state Capitol in Bismarck, N.D. on Friday.

Arkansas' bill banned abortions after 12 weeks; North Dakota's could ban them as early as six weeks into a pregnancy.

"A second bill was also passed that would ban abortions based on sex selection and genetic abnormalities.

"The bills, which passed the state House of Representatives last month, now head to the governor, Republican Jack Dalrymple, who has not indicated whether he would sign them into law or not."

As Reuters explains, this is a direct challenge to the Supreme Court's decision in Roe v. Wade.

The New York Times reports that under Supreme Court rulings "women have a right to an abortion until the fetus is viable outside the womb, generally around 24 weeks into pregnancy."

"We urge the governor to veto all of these bills to ensure that this personal and private decision can be made by a woman and her family, not politicians sitting in the capitol," Jennifer Dalven, the director of the A.C.L.U.'s Reproductive Freedom Project told The New York Times.

The AP reports that supporters of the law said the point of the bill was to challenge Roe v. Wade. The overwhelmingly Republican legislature passed the bill easily.

"It's a good day for babies," Rep. Bette Grande, who introduced both bills, told the AP.