Accessibility links
The War Creeps Closer To Damascus : The Two-Way Residents of the Syrian capital have largely been able to carry on with their normal routines. But two years after an uprising began, it is encroaching more and more on Damascus.

The War Creeps Closer To Damascus

The War Creeps Closer To Damascus 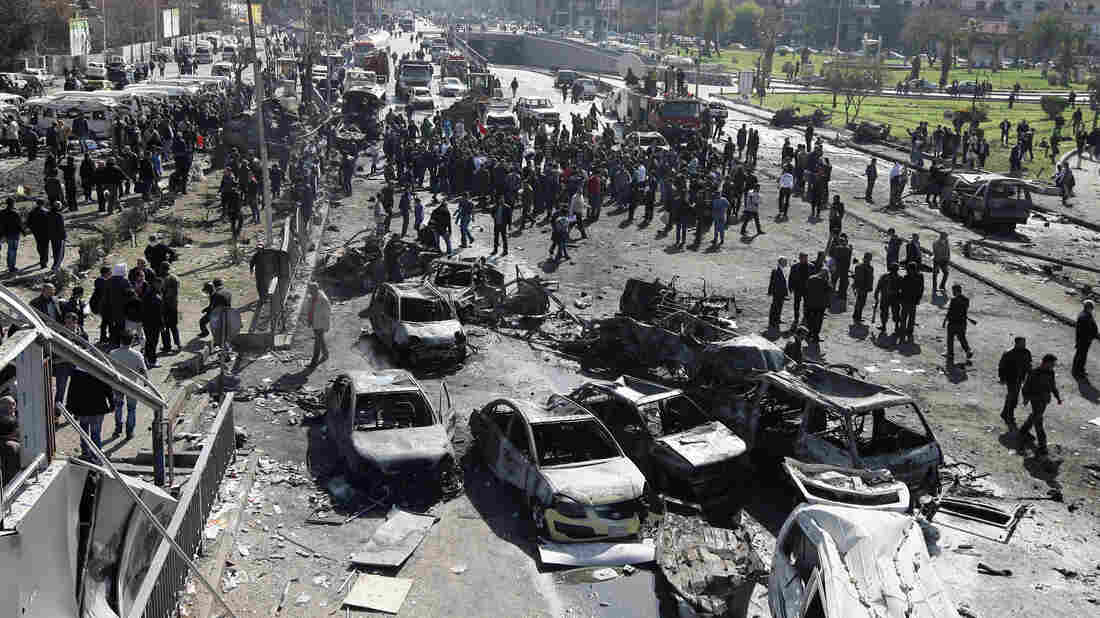 The scene of a car bomb explosion near the headquarters of Syria's ruling Baath party, in the center of Damascus, on Feb. 21. While the city is not involved in the fighting on a daily basis, the war is edging closer to the capital. Louai Beshara /AFP/Getty Images hide caption 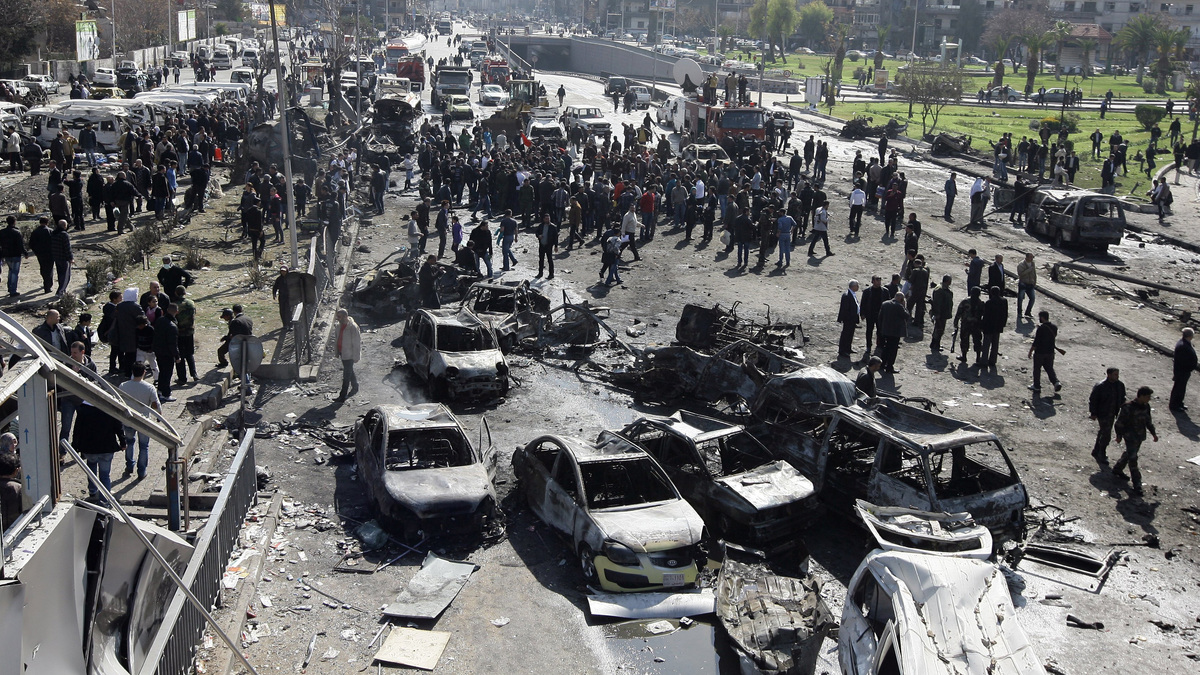 The scene of a car bomb explosion near the headquarters of Syria's ruling Baath party, in the center of Damascus, on Feb. 21. While the city is not involved in the fighting on a daily basis, the war is edging closer to the capital.

Editor's Note: The author is a Syrian citizen living in Damascus and is not being further identified for safety concerns.

In Damascus, you can smell the scent of gunpowder that wafts in from shelling on the outskirts of the capital. You hear fighter jets buzzing above. Ambulance sirens wail throughout the day, and death notices are regularly plastered on city walls.

Damascus is not under direct bombardment, like many other places in Syria that have been ravaged by an uprising now two years old. But the war is creeping closer, and residents feel the heat.

On the government side, pressure continues to build and there's a sense the regime is becoming more desperate as the rebels makes gains, particularly in the north of the country. 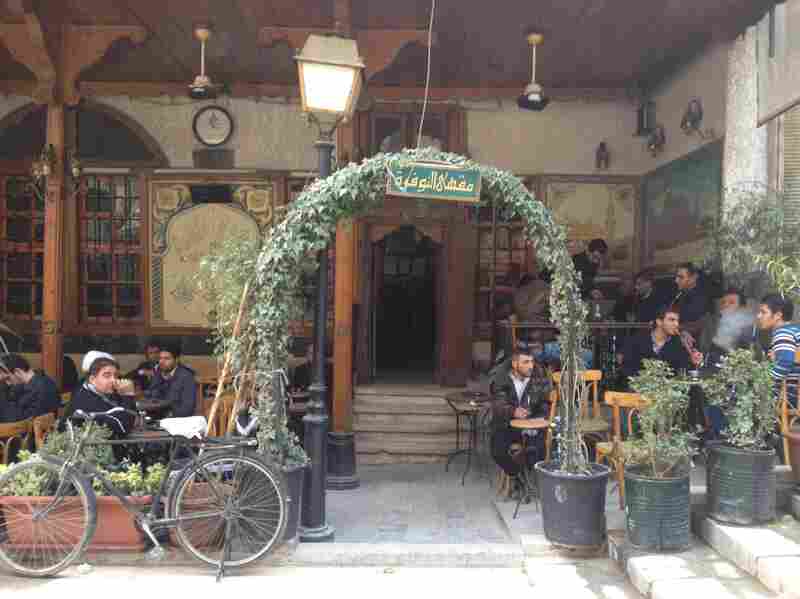 Members of the government security forces relax at a cafe. Daily life carries on in Damascus two years after the uprising began. Courtesy of author hide caption 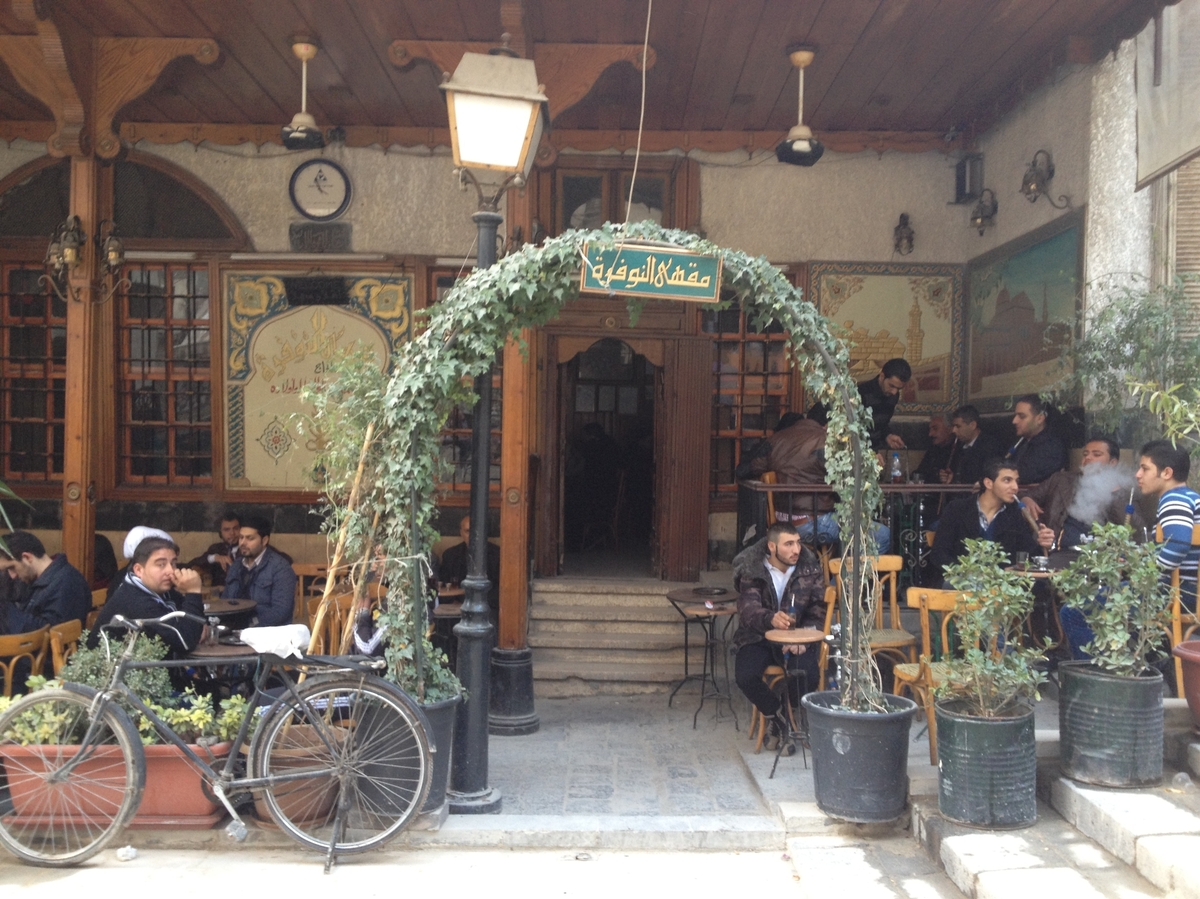 Members of the government security forces relax at a cafe. Daily life carries on in Damascus two years after the uprising began.

The rebels, meanwhile, have attacked Damascus with no apparent regard for civilians. Many rebels view Damascus residents as indifferent city folks who have not joined the uprising and have opted to quietly support, or at least tolerate, the Assad regime.

A City Full Of Checkpoints

During a casual stroll through the city, most everyone feels some sort of risk.

I was sitting recently in an idling car, waiting my turn to pass a crowded checkpoint. In front of us was a truck also waiting its turn. It was transporting more than a dozen men in civilian clothing, each armed with an automatic rifle. Some also wore concealed guns that bulged out of the back of their pants. They were clearly government security men en route to their rotation.

Such a sight is common in Damascus, which has turned into something of a garrison town. And on this day, something happened that made my heart sink.

One armed man was clearly an amateur; the government is in need of soldiers and is arming rookies with limited training to fill its ranks.

The armed man started showing off his gun to a friend. He brandished it in the air and laughed. He caught my gaze, perhaps noticing my look of surprise.

He then settled back down, but casually placed his automatic rifle on his lap pointing it straight at me, his finger appearing to be the trigger. He watched me and glared.

There was nowhere for me to go without attracting undue attention to myself, which is reason enough to get shot at a checkpoint in Damascus these days.

So I sat calmly in my car, hoping my dark sunglasses would discourage eye contact. I held my breath.

"Accidental" shootings are not uncommon in these times of chaos. I would have no legal recourse, and I'm sure he knew that.

I thought of someone who lost his life this way, shot dead by government security at a checkpoint for no apparent reason.

After the shooting, Syrian authorities refused to release his body without a signed statement from the family. It involved a barrage of paperwork that blamed "terrorists" for the death and held the government blameless.

This tactic has become the norm in Damascus. Sometimes, when the authorities are particularly nervous about repercussions, they tell the family of the deceased not to hold a prayer at a mosque out of concern that it will lead to an impromptu protest.

Fortunately, in my case, traffic at the checkpoint moved, and I was quickly out of the gun's trajectory.

Yet rebels, too, have also inflicted deaths on innocent people. 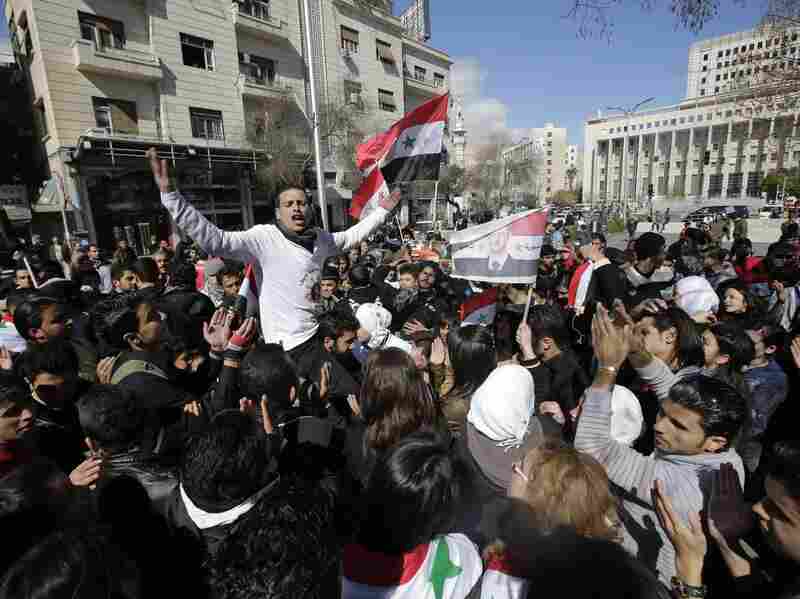 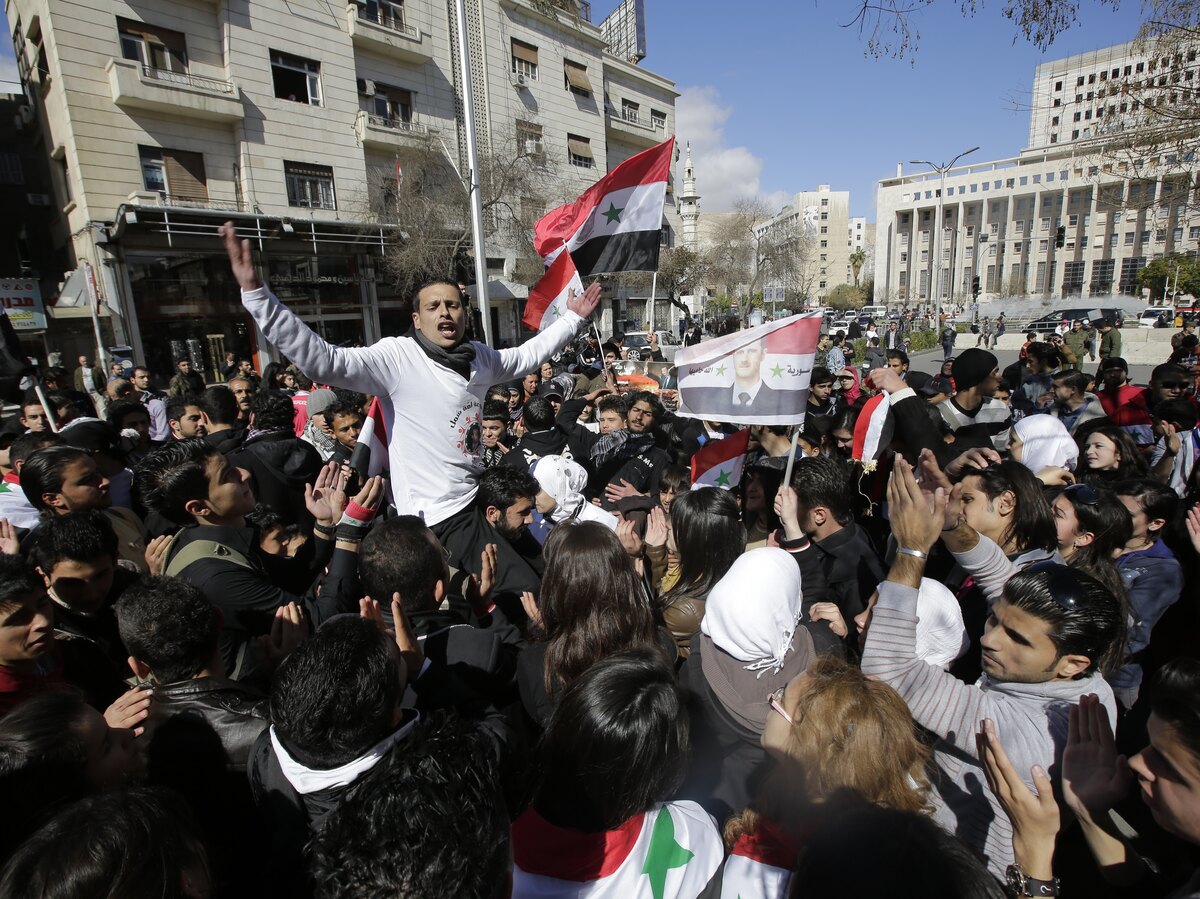 'No Place to Hide'

A couple of weeks ago, three bombs ripped through Damascus, killing dozens of civilians. Later that day, rebels attacked residential neighborhoods in the city with mortar shells. One shell fell in a public park often visited by families and children.

"I was walking home, and I heard that whistle, and I looked up in the sky and saw it coming down. Then boom! Just meters away from where I happened to be standing," recalled a 40-year-old Damascene man who was not injured.

It was not the first such attack. Rebels have been venturing closer to the city center, shooting mortar shells any hour of the day or night, killing and maiming people.

Some of the rebels are sensitive to accusations that they are recklessly endangering the lives of civilians. They explain through social media that they are only targeting sites linked to the Assad regime.

They warn civilians to stay away from such "legitimate targets" as, say, government security branches. But this gives little comfort to Damascenes.

"Empty words," said one man who roots for the rebels. "They might aim their mortar shells at legitimate targets, but here in Damascus there's a legitimate target on every block. It's the capital."

A Damascene woman, also a supporter of the uprising, says she is particularly worried because she lives right next to a government security branch in central Damascus.

"So where exactly do the rebels expect us to go?" she asks. "Whether we like or not, we're in the middle of it. We have no place to hide."