Accessibility links
China Edges Out U.K. As World's Fifth-Largest Arms Supplier : The Two-Way While Beijing is still far behind the U.S. and Russia in arms sales, a new report shows that China is beginning to catch up — thanks to Pakistan. 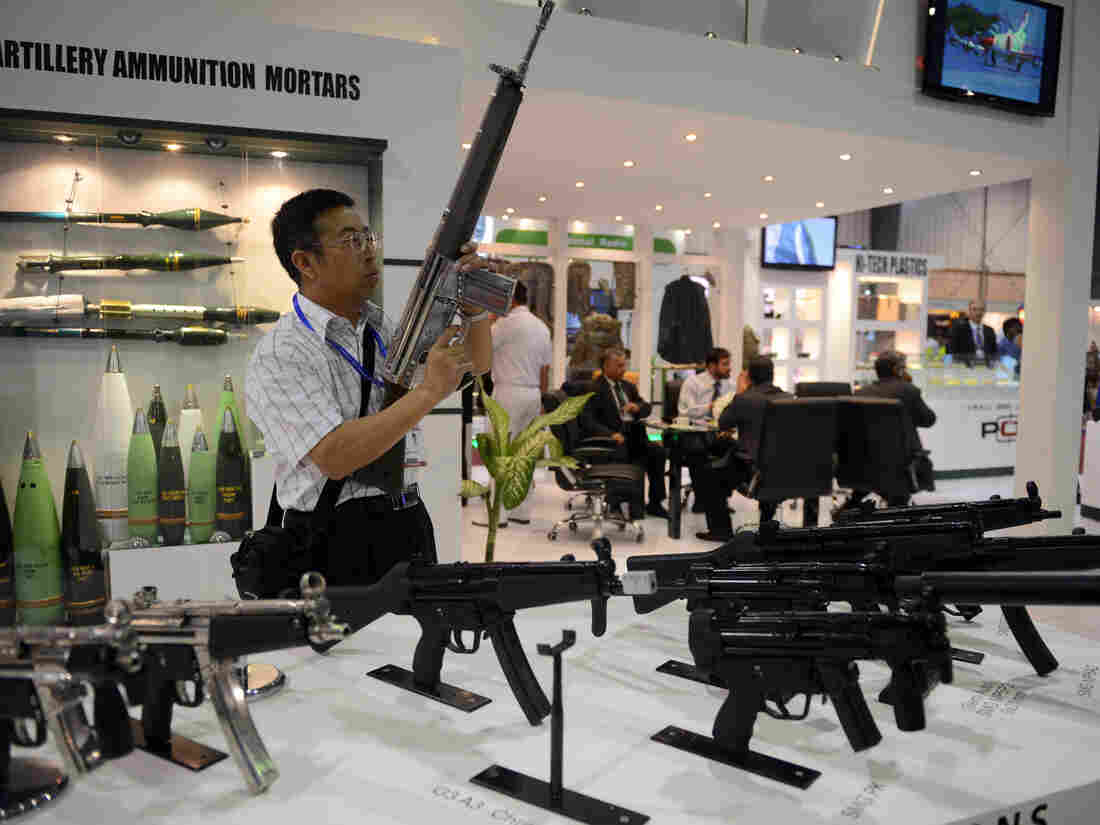 More than 200 companies attended an International Defense Exhibition in Karachi, Pakistan, in November, most from the U.S., China and Europe. Asif Hassan/AFP/Getty Images hide caption 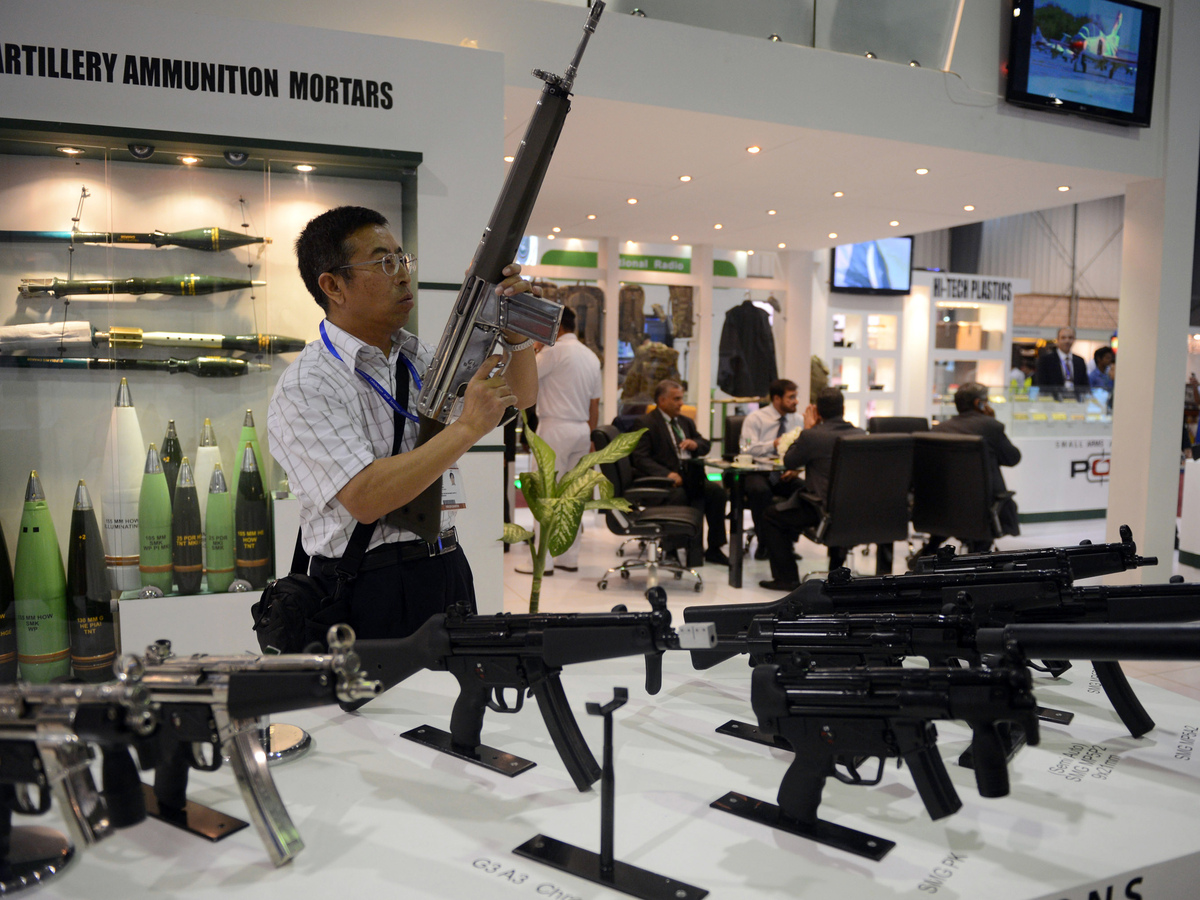 More than 200 companies attended an International Defense Exhibition in Karachi, Pakistan, in November, most from the U.S., China and Europe.

The U.S. still leads the world in one area — arms sales. But even there, China is closing the gap.

Made-in-China weapons have moved into the No. 5 slot, displacing U.K.-manufactured arms, but the Asian giant still trails far behind the U.S. and Russia, whose weapons account for 30 percent and 26 percent of the market, respectively, according to a new report released by the Stockholm International Peace Research Institute on Monday.

China's biggest customer? Pakistan. It made up 55 percent of Beijing's arms exports between 2008 and 2012, the Institute says.

"China is establishing itself as a significant arms supplier to a growing number of important recipient states," Paul Holtom, director of the SIPRI Arms Transfers Program, said in a statement.

The volume of Chinese exports of major conventional weapons rose by 162 percent between 2003–2007 and 2008–2012, and its share of the volume of international arms exports increased from 2 to 5 percent.

According to The Financial Times, China's overall military spending could catch up by 2025 to U.S. outlays, which are now 45 percent of global military expenditures.

China faces bans on Western military imports, dating back to anger over its crushing of pro-democracy protests in and around Tiananmen Square in 1989. That makes its domestic arms industry crucial in assembling a modern military force as it continues to make claims over Taiwan and disputed maritime territories.

China has faced off recently with southeast Asian neighbors and Japan over conflicting claims to strings of islets in the South China Sea and East China Sea. At the same time, the United States has beefed up its militarily presence in the Pacific.

Other interesting details from SIPRI's report: