Accessibility links
Syrian Opposition Poised To Vote On Interim Government : The Two-Way Syria's political opposition is meeting in Istanbul this week to choose a rebel government, despite opposition from the Obama administration. The vote has been postponed twice because of internal tensions over naming a rival government to Syrian President Bashar Assad's regime. 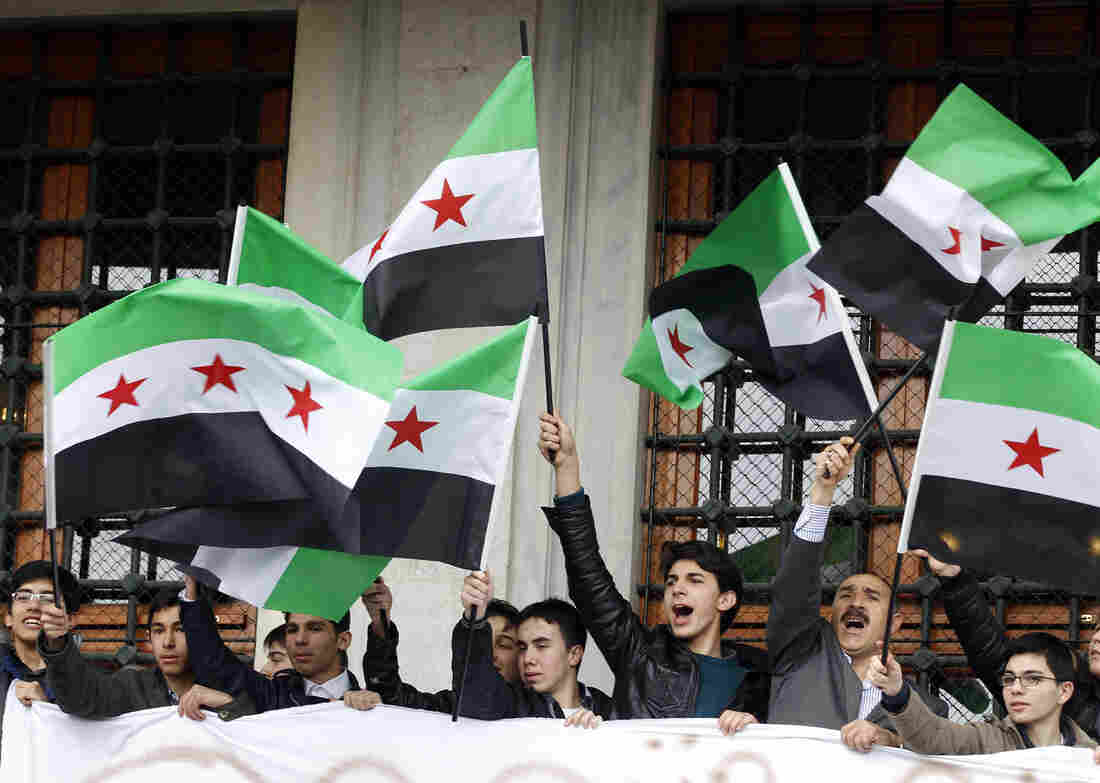 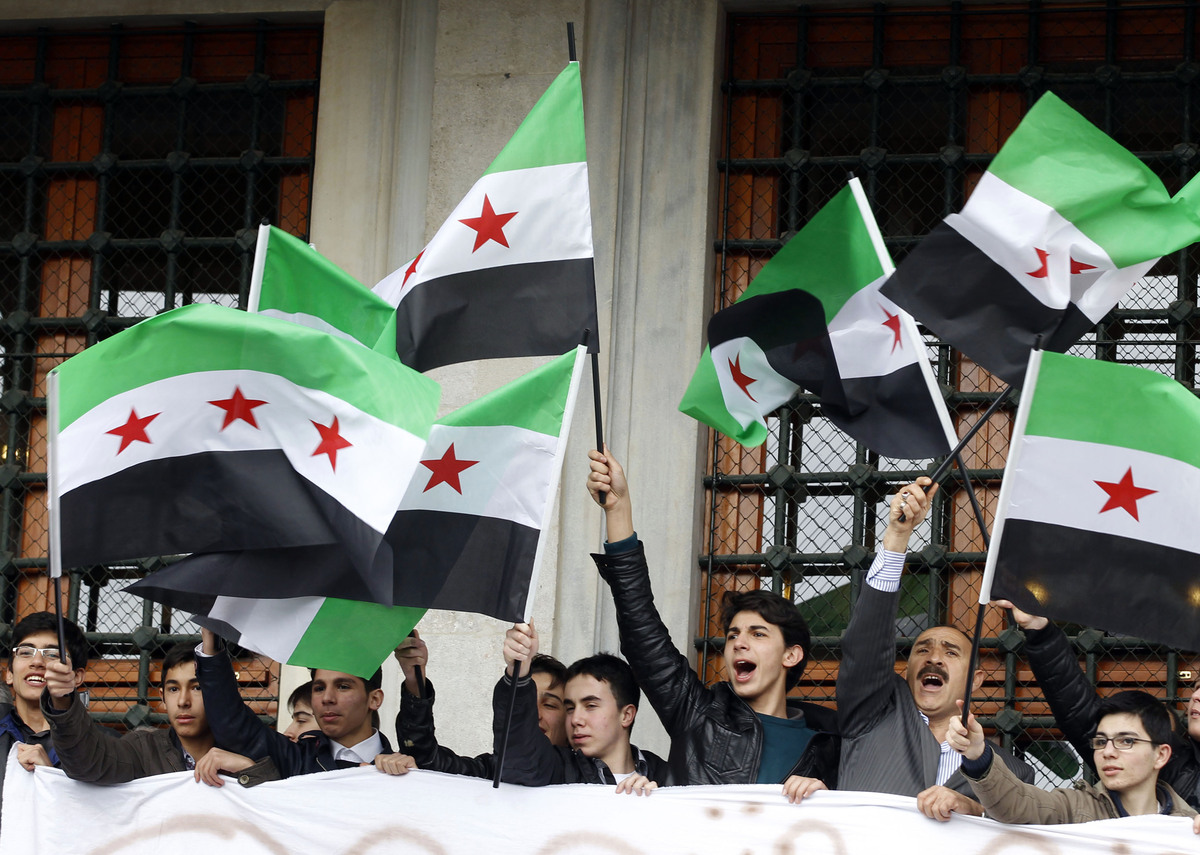 Demonstrators wave Syrian opposition flags during a protest in Istanbul against the government of Syria's President Bashar Assad, on March 15.

As Syria's revolt enters a third year, Syria's political opposition is meeting in Istanbul this week to choose a rebel government, despite opposition from the Obama administration.

Twelve candidates are in the running to lead the efforts, including an economist, a former agriculture minister and an IT specialist who is overseeing the Syrian National Coalition's aid operation on the Turkish border.

With this list of technocrats, the opposition hopes to show it can administer large areas in northern Syria captured by rebels.

The vote has been postponed twice because of internal tensions over naming a rival government to Syrian President Bashar Assad's regime.

The international community is also divided. The opposition's main backers, Qatar and Turkey, are urging a vote, according to sources within the coalition.

The Obama administration has advised against naming an interim government because it could close the door on negotiating an end to the conflict with the Assad regime. Coalition sources say Robert Ford, the former U.S. ambassador to Syria, has been lobbying hard against such a vote by the opposition.

"The situation on the ground is urgent," says Kamal Labwani, a coalition member, assessing the strength of the vote. "The majority wants a government to take authority on the ground ... without negotiating with the regime. If any deal is made with this regime, we will face violence everywhere."

The meeting in Istanbul this week is a rebuke to coalition leader Mouaz Khatib. He provoked a backlash within the coalition last month when he proposed talks with the regime if it would stop the bloodshed. His move appeared to be a personal initiative.

"The U.S. is pressuring Khatib to wait" on the vote, says Labwani.

The pressure is also coming from the U.N. negotiator, Lakhdar Brahimi, who is promoting the Geneva Agreement, a blueprint for a negotiated settlement.

The international community, including the U.S., endorsed the plan last year. It proposes a transitional government with Assad supporters and the political opposition. Both sides would propose representatives, and each side could veto candidates. But the plan is vague on the role of Assad, who has insisted that he remain in office until an election in 2014.

U.S. Secretary of State John Kerry confirmed his support for the plan last week when he said the U.S. wanted to see "Assad and the Syrian opposition come to the table for the creation of a transitional government."

The State Department later clarified his remarks, issuing a statement that Kerry meant to say the Assad regime, but the damage was done and Kerry's statement appears to have hardened the resolve of those who are pushing for a vote on an interim government.

"The Americans are losing credibility," says Mulhem Droubi, spokesman for Syria's Muslim Brotherhood, a key group in the opposition. "Geneva is good if Bashar agrees to step down and the international community is ready to kick him out. But we don't see him stepping down."

Droubi and others with the coalition say the vote on an interim government reflects the position of Syrians on the ground. It's time to name the government, says Droubi, "because our people on the ground need a government that will take care of them."

But taking care of the people on the ground is far from certain. There is no guarantee that an interim government can assert authority over extreme Islamist militias who have led the military campaign to push out the Syrian army. In some areas in northern Syria, ultraconservative militias have set up courts and police units, and administer aid — winning support by offering services.

Activists and fighters who back the exiled opposition are eager for an end to the chaos in the northern provinces but are also wary of unmet promises from an opposition that is often focused on power grabs and internal wrangling.

Naming an interim government is a risk, says Amr Azm, a professor of Middle East history at Ohio's Shawnee State University who is close to the opposition in his native Syria. It is the last card the opposition has to play.

"After you create a government, you have to win the game with that," he says. "Once used, what else do you have?"