Accessibility links
Steve Davis, Oklahoma Star QB In The '70s, Killed In Crash Of Small Plane : The Two-Way As the Sooners' quarterback in the early and mid-'70s, Davis was part of two national championship teams. He was MVP of the 1976 Orange Bowl. After his playing career, he went on to be a football broadcaster. Another man also died in Sunday's crash in Indiana. 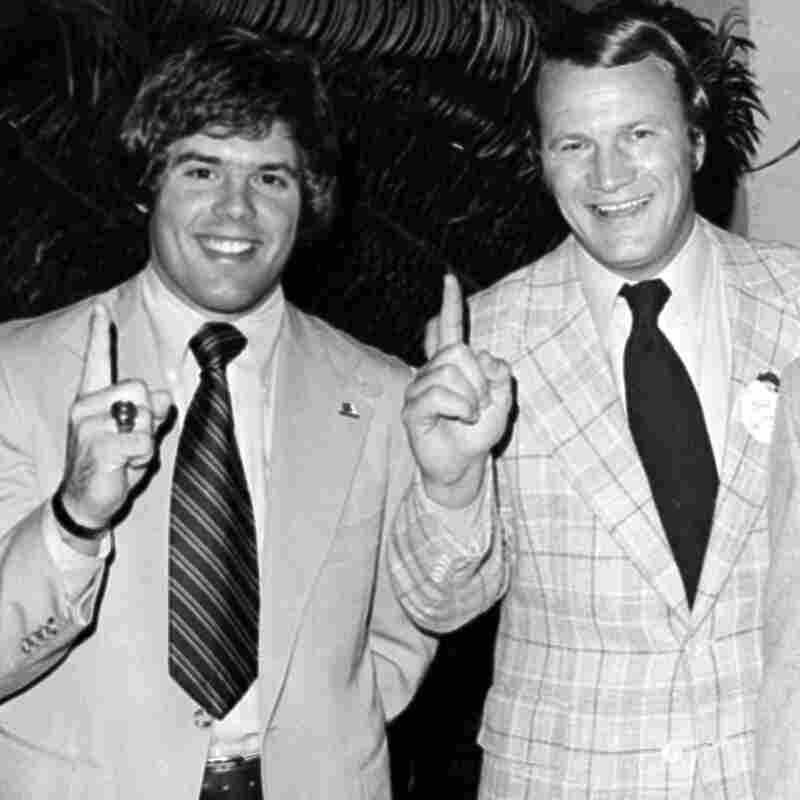 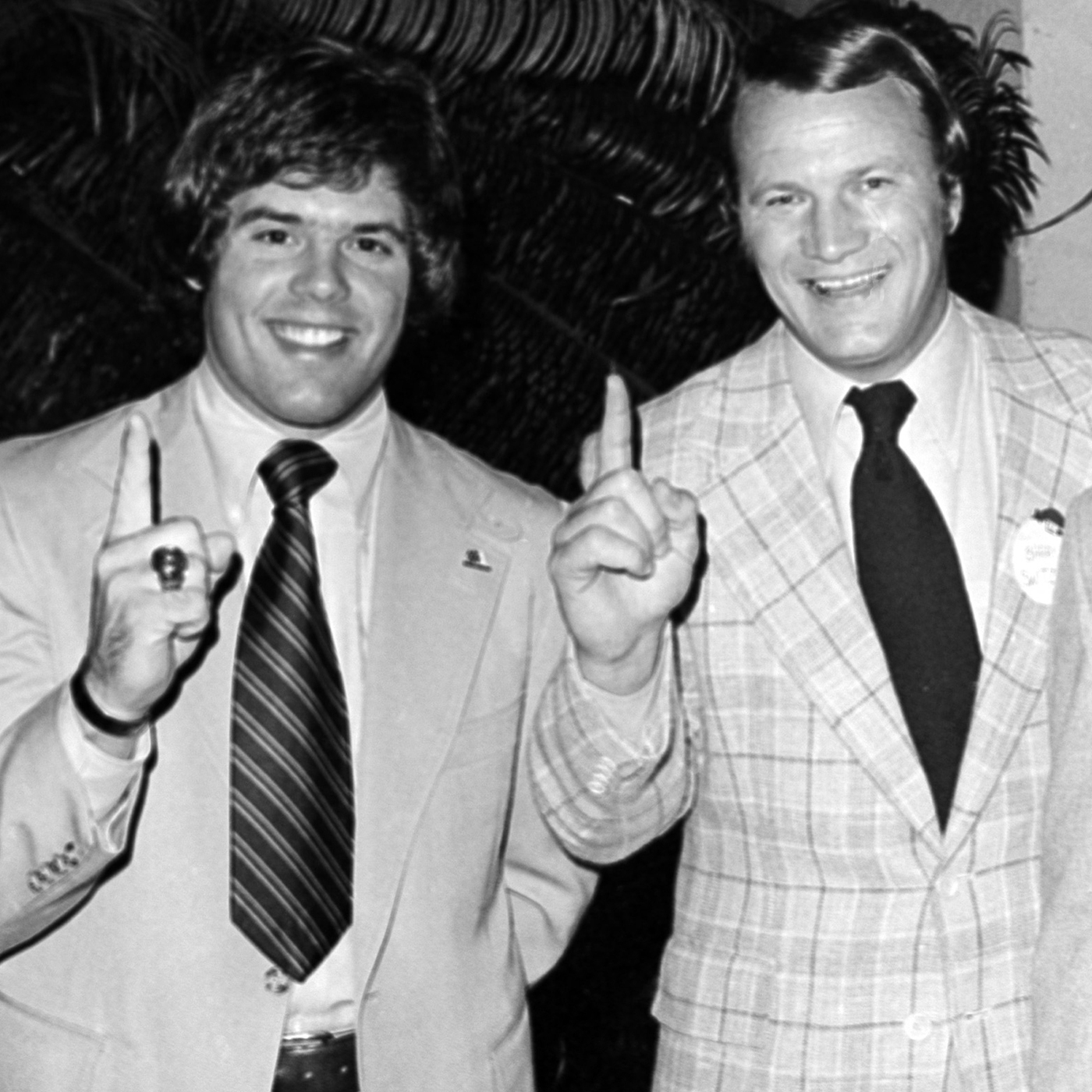 Oklahoma quarterback Steve Davis, left, and coach Barry Switzer celebrate the team's No. 1 ranking after the Orange Bowl in 1976. Davis, 60, died Sunday in the crash of a small plane. Switzer called Davis a "great role model for young people."

One of the two men killed Sunday when a small plane crashed into a house near South Bend, Ind., was former University of Oklahoma star quarterback Steve Davis, the St. Joseph County (Ind.) coroner's office says.

The South Bend Tribune adds that the other man who died was 58-year-old Wesley Caves, whose Montana-registered company owned the Beechcraft Premier I twin-jet. The plane "clipped one house before slamming into two more Sunday afternoon," according to The Associated Press. Two other men who were on board survived. The Tribune identifies them as Jim Rodgers and Christopher Evans. A woman on the ground, Diana McKeown, was injured.

Both Davis and Caves were pilots, the Chicago Tribune reports. It isn't known at this time who was controlling the plane when it went down. The plane had left Tulsa earlier in the day Sunday for the trip to Indiana, according to the Tulsa World.

Davis was 60 at the time of this death according to the AP.

"Davis went 32-1-1 as the Sooners' starter from 1973 to 1975, starting every game of Barry Switzer's first three seasons as head coach. Oklahoma tied Southern Cal in the second game of the 1973 season, then ran off 28 straight victories with Davis under center. The Sooners went 11-0 in 1974, then won the national title again the following year after going 11-1."

Davis was MVP of the 1976 Orange Bowl, and is a member of that bowl's hall of fame. Oklahoma beat Michigan in that game, 14-6.

Switzer wrote on Twitter Monday that he is "saddened by the loss of Steve Davis. Great role model for young people on & off the field. He was my 1st QB & had an outstanding career."

After his playing career at Oklahoma, the Chicago Tribune says, "Davis spent 18 years as a college football broadcaster."