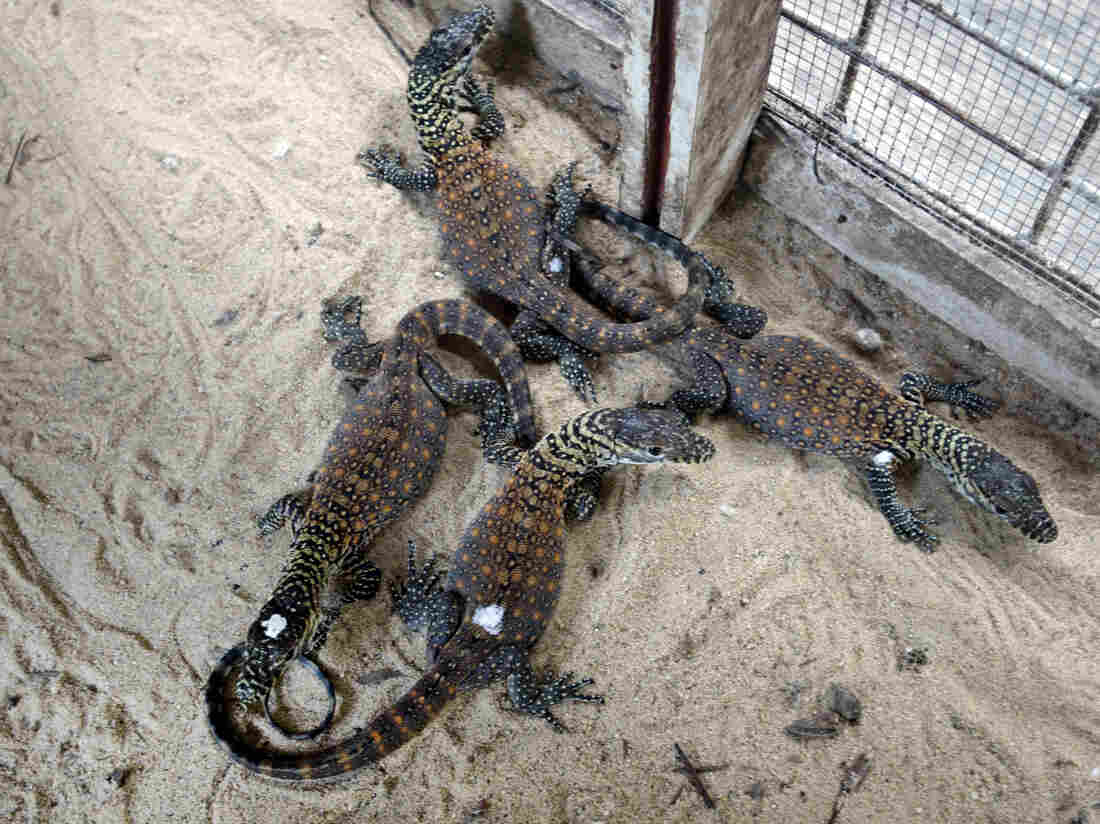 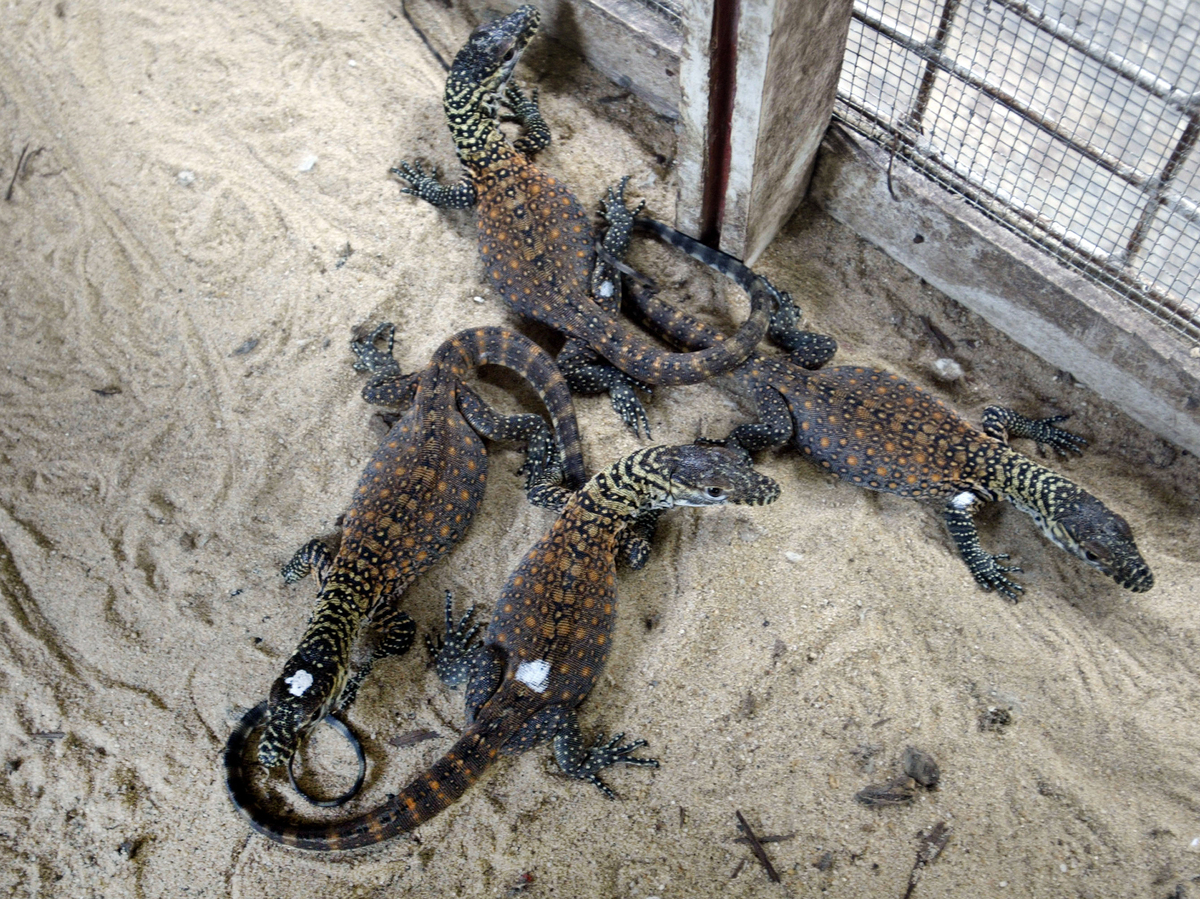 A zoo in Indonesia is now home to seven bouncing baby Komodo dragons. Before you recoil in disgust, have a look at this video from the BBC — "cute" may not be the operative word, but the hatchlings do exude a certain endearing quality.

The births took place last week at Surabaya Zoo in Indonesia's East Java province, where an artificial breeding program has been under way in an effort to propagate the species of giant monitor lizard, the world's largest. Komodo dragons are considered especially at risk because they inhabit just a few tiny islands in the Indonesian archipelago. Only about 4,000 to 5,000 of them are believed to be alive.

The hatchlings born at Surabaya currently weigh about 5 ounces each. As adults they could reach 10 feet in length and tip the scales at 300 pounds, according to National Geographic. Their enormous size is attributed to an evolutionary phenomenon known as island gigantism.

NatGeo observes that in their native habitat, Komodo dragons:

"... will eat almost anything, including carrion, deer, pigs, smaller dragons, and even large water buffalo and humans. ... When a victim ambles by, the dragon springs, using its powerful legs, sharp claws and serrated, shark-like teeth to eviscerate its prey.

"Animals that escape the jaws of a Komodo will only feel lucky briefly. Dragon saliva teems with over 50 strains of bacteria, and within 24 hours, the stricken creature usually dies of blood poisoning. Dragons calmly follow an escapee for miles as the bacteria takes effect, using their keen sense of smell to hone in on the corpse."

As recently as last month, an 8.2-foot dragon attacked a tour guide at Indonesia's Komodo National Park, biting his right calf before he was rescued by another guide. It was the second attack in the park that month.

And then, of course, there's the infamous 2001 incident when actress Sharon Stone's then-husband, San Francisco Chronicle Executive Editor Phil Bronstein, was attacked by a Komodo dragon when a backstage tour at the Los Angeles Zoo turned into a nightmare.

The Surabaya Zoo is using an artificial breeding program, but captive breeding, i.e., trying to pair up live animals, has also proven tricky in the past. A few zoos in the United States have managed it, though, as well as one in the Czech Republic.

According to a U.K. website, Reptile Expert, the biggest obstacle may be just telling the males apart from the females. It also turns out that the lizards are "rather picky when it comes to choosing a mate — which means that even if a particular zoo or institution manages to get a true pair, there's no guarantee that they're going to get along well enough to mate."

There's also some evidence that female Komodo dragons can perform a miracle of sorts — parthenogenesis, or virgin births.