Accessibility links
For Pope Francis, A Simple Mass And A Call To Protect The Poor : The Two-Way The new pope pledged to "embrace with tender affection the whole of humanity, especially the poorest, the weakest, the least important."

For Pope Francis, A Simple Mass And A Call To Protect The Poor

For Pope Francis, A Simple Mass And A Call To Protect The Poor 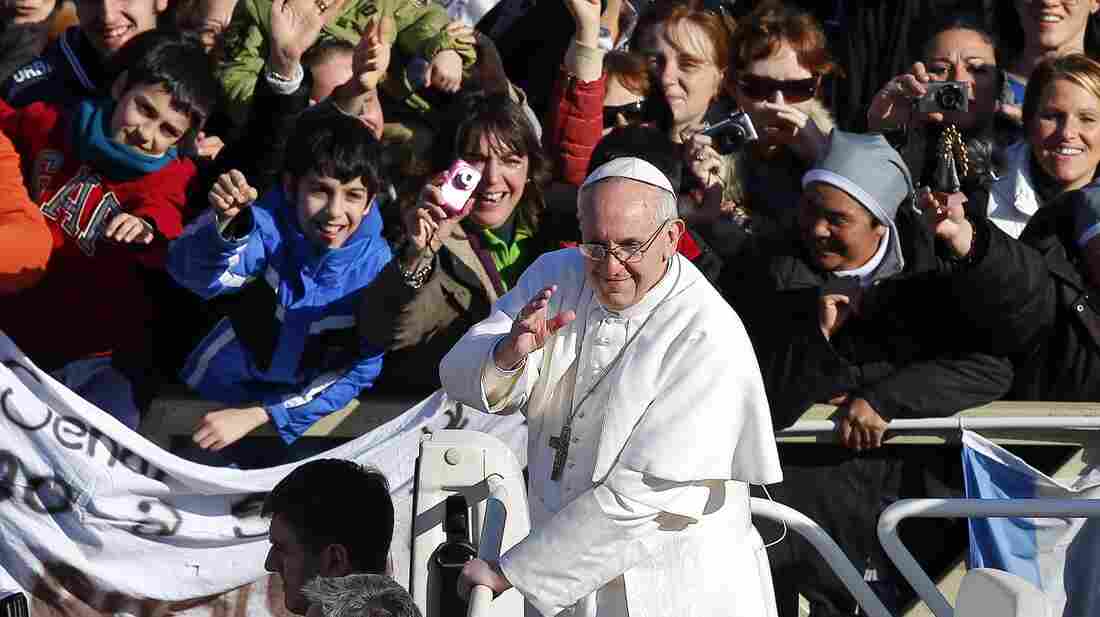 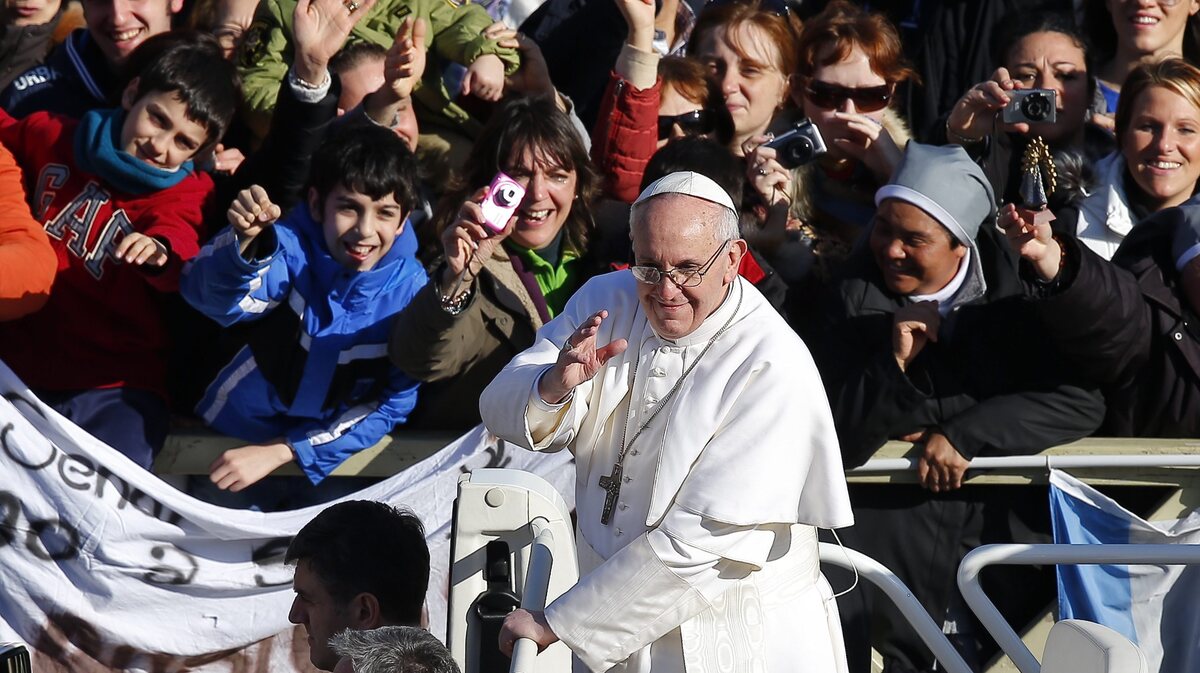 Greeting the faithful: Pope Francis as he arrived in Vatican City's St. Peter's Square on Tuesday for his inaugural mass.

With less silk, lace and gold than many of his predecessors displayed, Pope Francis on Tuesday was inaugurated at a Holy Mass in St. Peter's Square during which he appealed to world leaders to be protectors of the poor and the environment, NPR's Sylvia Poggioli tells our Newscast Desk. 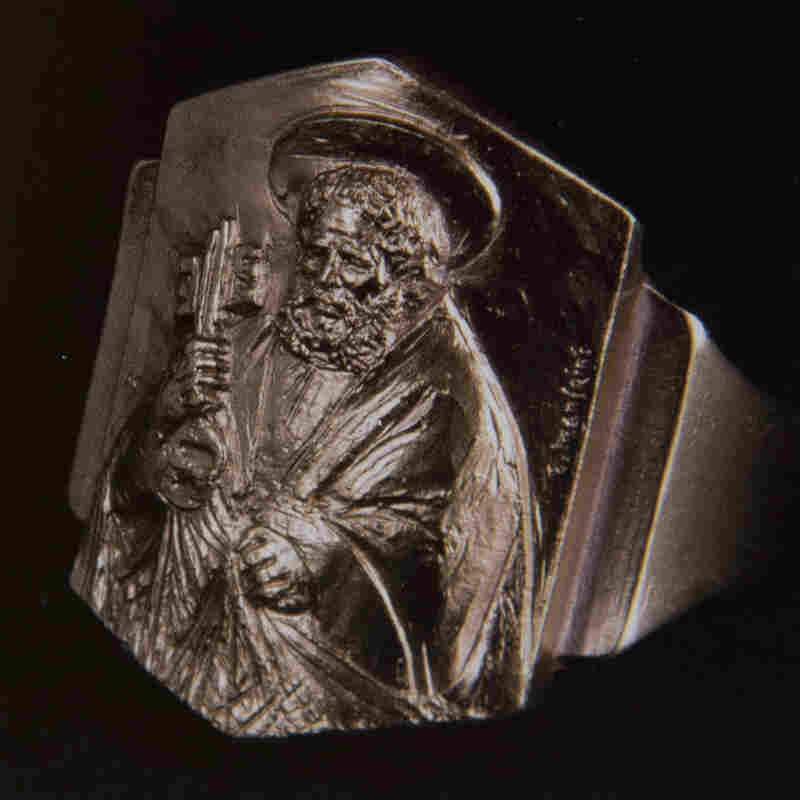 The Fisherman's ring, which Pope Francis will now wear. The name and image honor St. Peter, a fisherman and the first pope. The ring is fashioned in gold-plated silver. Vatican Press Office/Andrew Medichini/AP hide caption 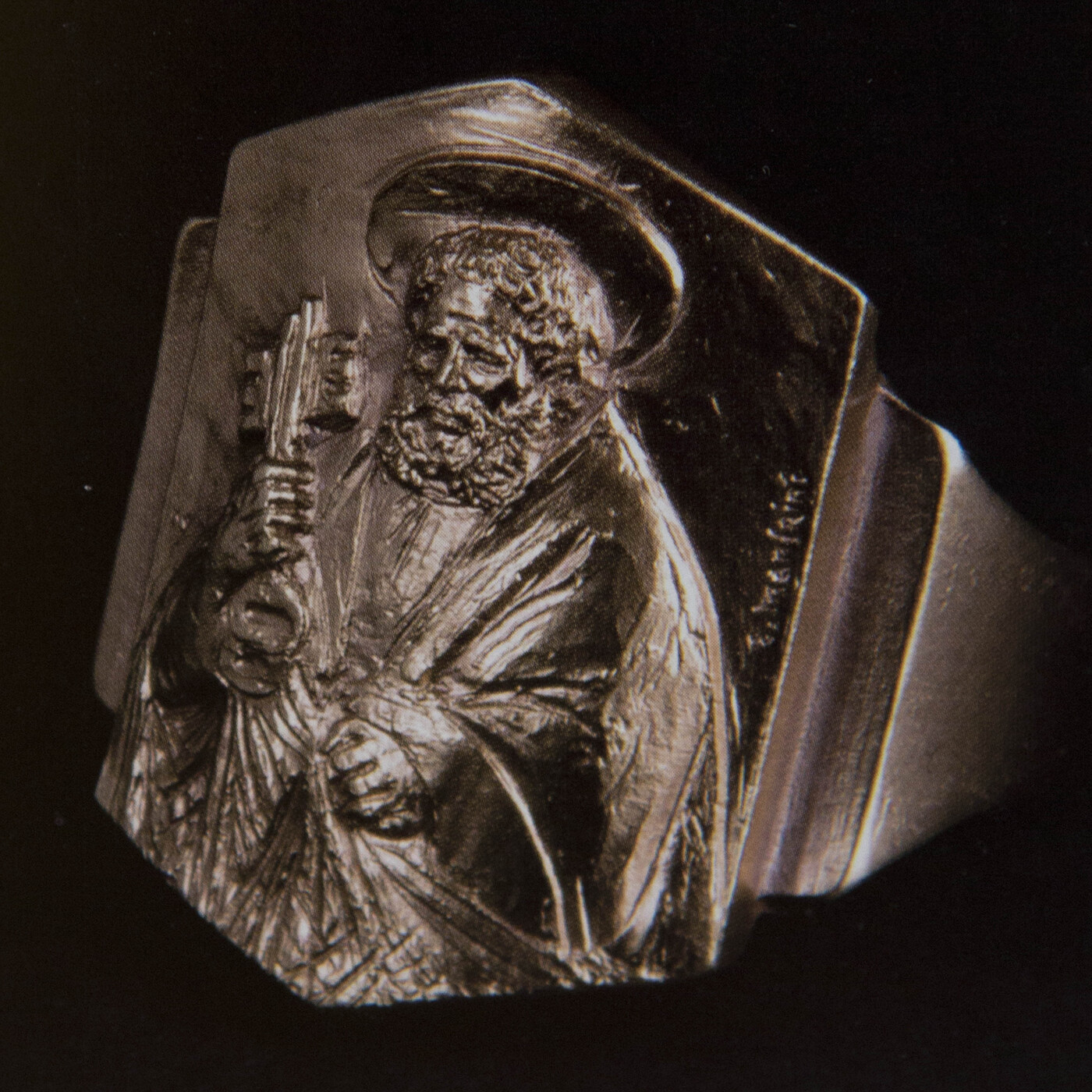 The Fisherman's ring, which Pope Francis will now wear. The name and image honor St. Peter, a fisherman and the first pope. The ring is fashioned in gold-plated silver.

The Mass wasn't stripped of all the papal trappings of power and prestige. The pope received his Fisherman's ring — a symbolic piece of jewelry that only a pope can wear. Leaders from around the world (including Vice President Biden), as well as representatives from other major religions, were in attendance. So were thousands of the Roman Catholic faithful.

But as Sylvia says, the Mass was marked by a simplicity that contrasted with the inauguration in 2005 of his predecessor, Benedict XVI. And the 76-year-old pope continued to reach out to people in ways the now-retired Benedict did not. The Guardian, which has been live blogging the Mass, notes that when Pope Francis came into the square in his "popemobile," he had it stop so that he could get out to kiss and bless an ill man. He also shook hands with many of those who came to attend the Mass. (For more on the new pope's style, check Sylvia's report on Morning Edition.)

In his homily, as The New York Times reports, the pope "offered a passionate pledge ... to serve 'the poorest, the weakest, the least important,' striking the same tones of humility as have marked the days since he was elected last week."

And in that homily, which is posted here, the pope said:

"Let us never forget that authentic power is service, and that the pope too, when exercising power, must enter ever more fully into that service which has its radiant culmination on the cross. He must be inspired by the lowly, concrete and faithful service which marked Saint Joseph and, like him, he must open his arms to protect all of God's people and embrace with tender affection the whole of humanity, especially the poorest, the weakest, the least important, those whom Matthew lists in the final judgment on love: the hungry, the thirsty, the stranger, the naked, the sick and those in prison (cf. Mt 25:31-46). Only those who serve with love are able to protect!"