Accessibility links
Supreme Court OKs Discounted Resale Of 'Gray Market' Goods : The Two-Way The Supreme Court ruled on Tuesday that U.S. companies that make and sell products abroad cannot prevent those items from being resold in the U.S., even at steep discounts. The decision could have repercussions that extend from U.S. trade policy to local yard sales. 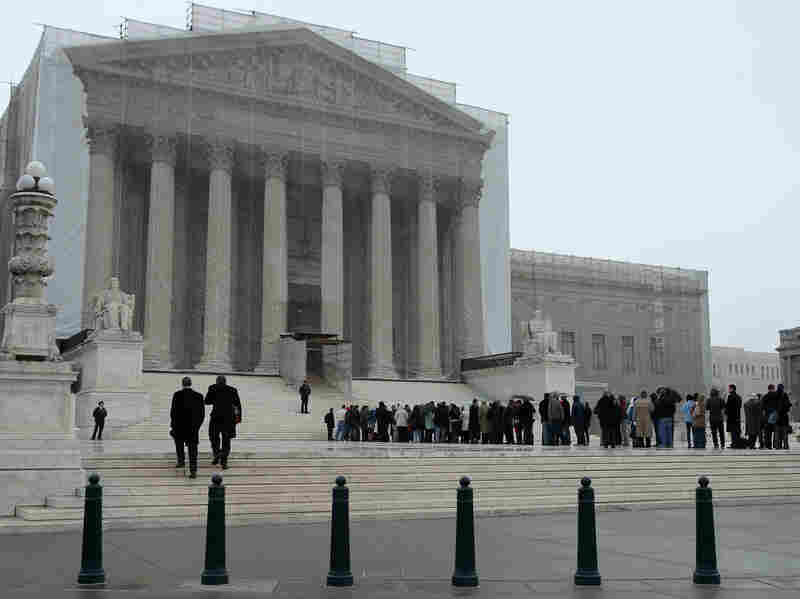 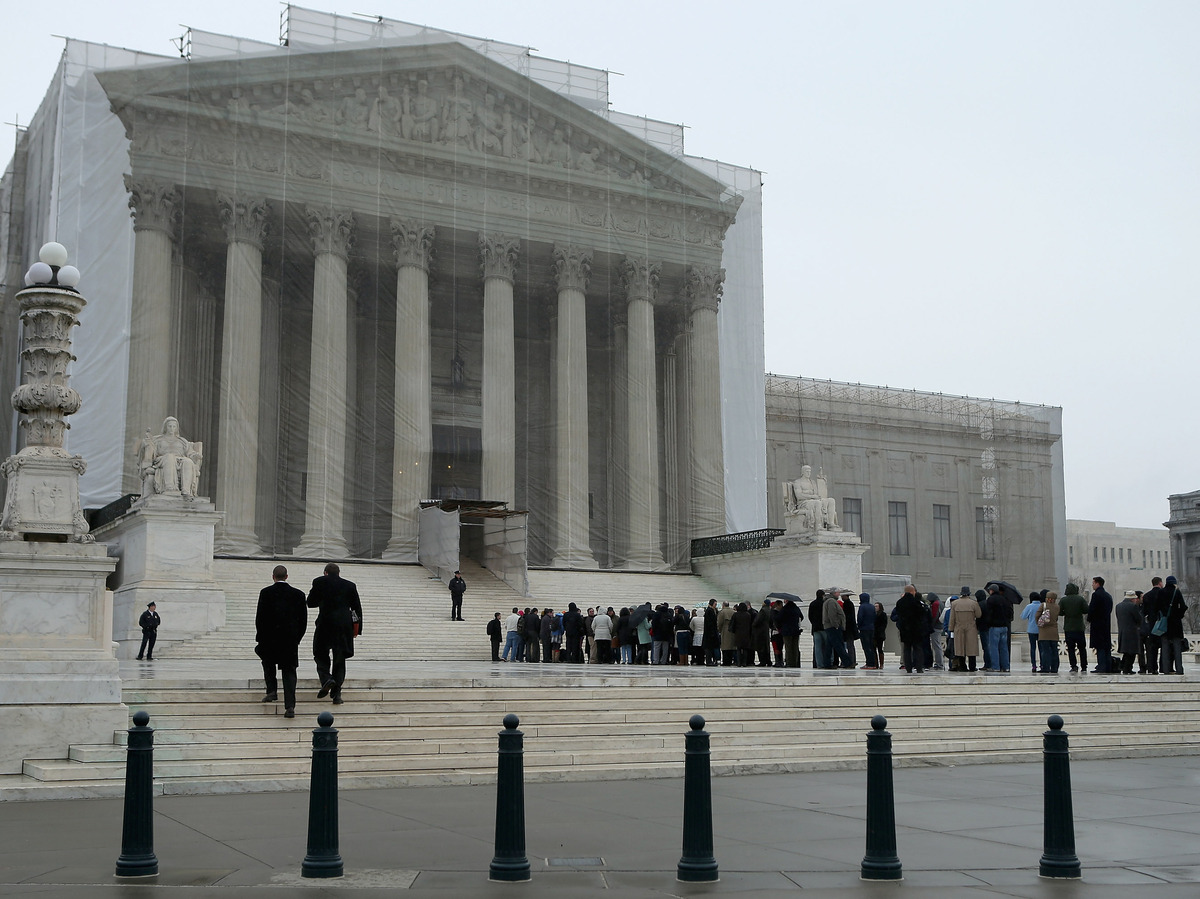 People stand in line outside the U.S. Supreme Court on Monday.

The Supreme Court ruled on Tuesday that U.S. companies that make and sell products abroad cannot prevent those items from being resold in the U.S.

The 6-3 decision — likely worth billions, even trillions of dollars — could have repercussions that extend from U.S. trade policy to local yard sales.

The case involves a part of the copyright law that was aimed at so-called gray market goods. These are U.S. copyrighted products — from textbooks to watches — that are manufactured in other countries for sale there, then purchased and imported to the United States for discounted resale.

Supap Kirtsaeng, a mathematics student from Thailand, discovered that some of his textbooks were being published and sold in Asia for less money. They were identical to the textbooks he used at Cornell and the University of Southern California, except that they were much cheaper and bore an inscription saying they could not be exported. He got his friends and family in Asia to send him many copies of the books, sold them on eBay and made about $100,000 profit.

Needless to say, the publisher of the textbooks, John Wiley & Sons, didn't like that one bit. It sued Kirtsaeng for copyright infringement and won in the lower courts. Kirtsaeng was ordered to pay $600,000 in damages.

The lower courts ruled that Kirtsaeng had violated federal copyright law by importing the books without the permission of the copyright owner, publisher Wiley & Sons. Kirtsaeng appealed to the U.S. Supreme Court, contending that he was protected by a rule called the first sale doctrine, which says that once you buy a product, it is yours to do with as you please.

On Tuesday he won in the high court. Writing for the court majority, Justice Stephen Breyer said that to impose geographic limits on the first sale doctrine would make no sense. He cited statistics from retailers indicating that $2.3 trillion worth of foreign goods were imported to the U.S. in 2011, and many of those products were subject to copyright protection when they were made.

Dissenting were Justices Ruth Bader Ginsburg, Antonin Scalia and Anthony Kennedy. Writing for the three justices, Ginsburg said that the court majority was ignoring an explicit goal of the copyright laws — "to protect copyright owners against the unauthorized importation of low-priced, foreign-made copies of their copyrighted works."

Justice Elena Kagan, in a concurring opinion joined by Justice Samuel Alito, seemed to address the dissent's concerns by noting that Congress is free to change the law if it thinks copyright holders need more protection against such import-and-resale schemes.