Accessibility links
South Korea Eyes Pyongyang After Possible Cyberattack : The Two-Way South Korean officials say they suspect that Pyongyang could be the source of the outage, which affected three broadcasters and two banks. 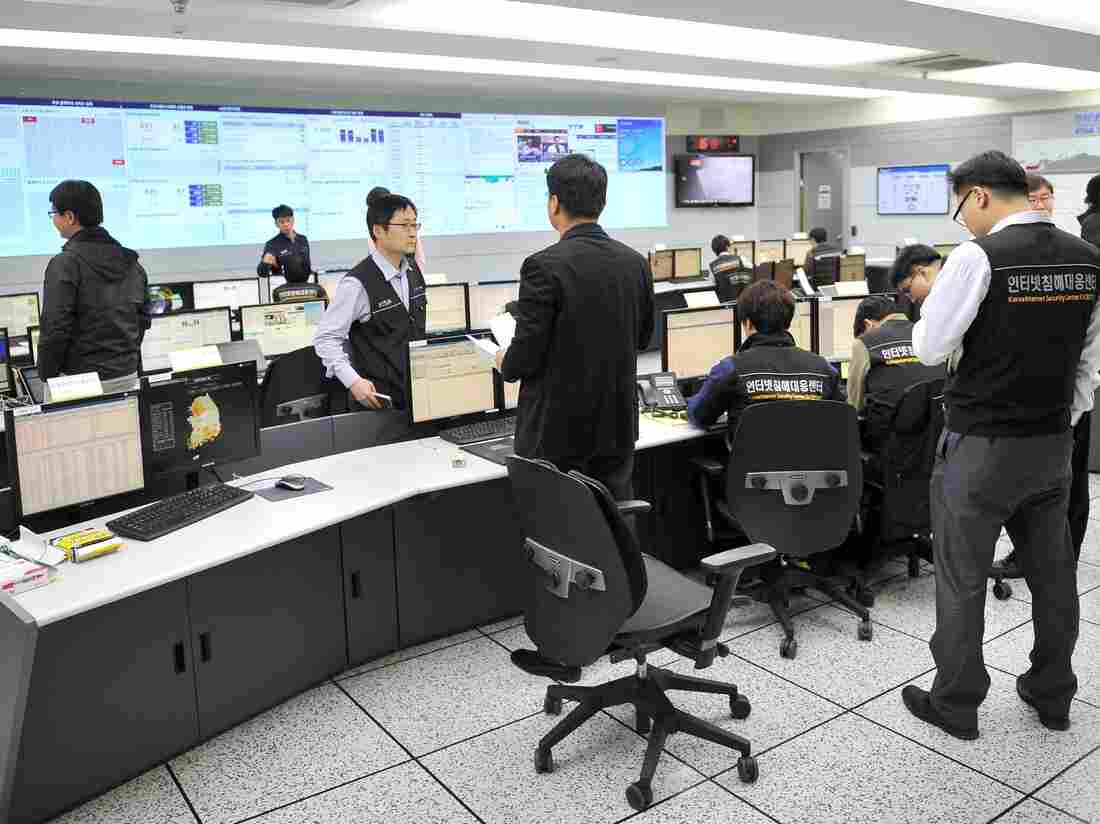 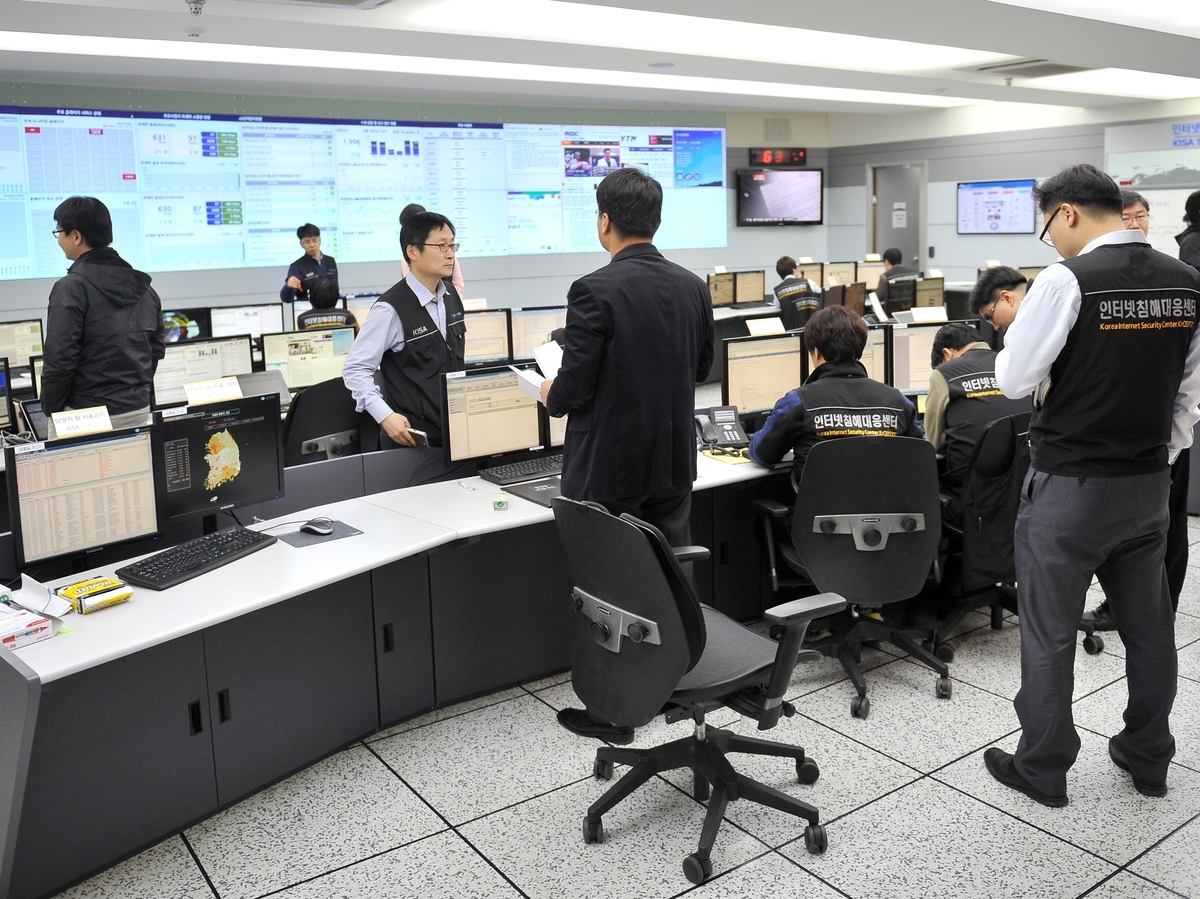 Members of the Korea Internet Security Agency check on cyberattacks at a briefing room Wednesday.

Computer networks at South Korea's three main broadcasters and major banks crashed simultaneously Wednesday, leading to speculation that it was caused by a North Korean cyberattack.

"At least three broadcasters — KBS, MBC and YTN — and two banks — Shinhan Bank and Nonghyup — reported to the National Police Agency (NPA) that their computer networks were entirely halted around 2 p.m. for unknown reasons, police said."

Yonhap says the government is "looking into the possibility of North Korea's involvement."

The BBC quotes an unnamed official close to the investigation of the computer crash as saying "malicious" code was to blame.

Pyongyang is believed to have been behind two major cyberattacks on South Korea, in 2009 and 2011.

"The latest network paralysis took place just days after North Korea accused South Korea and the U.S. of staging a cyberattack that shut down its websites for two days last week. Loxley Pacific, the Thailand-based Internet service provider, confirmed the North Korean outage but did not say what caused it.

"The South Korean shutdown did not affect government agencies or potential targets such as power plants or transportation systems, and there were no immediate reports that bank customers' records were compromised, but the disruption froze part of the country's commerce."

The French news agency AFP, citing South Korean sources, says North Korea is believed to have a cyberwarfare unit staffed by "around 3,000 people handpicked for their computer literacy."

The Korean Internet Security Agency says it recorded 40,000 cases of cyberattacks from foreign and domestic sources in 2012.