Accessibility links
Chinese Solar Panel Maker Suntech Goes Bankrupt : The Two-Way The company, a victim of a worldwide glut in solar panels, missed a $541 million bond payment and was forced into restructuring on Wednesday. 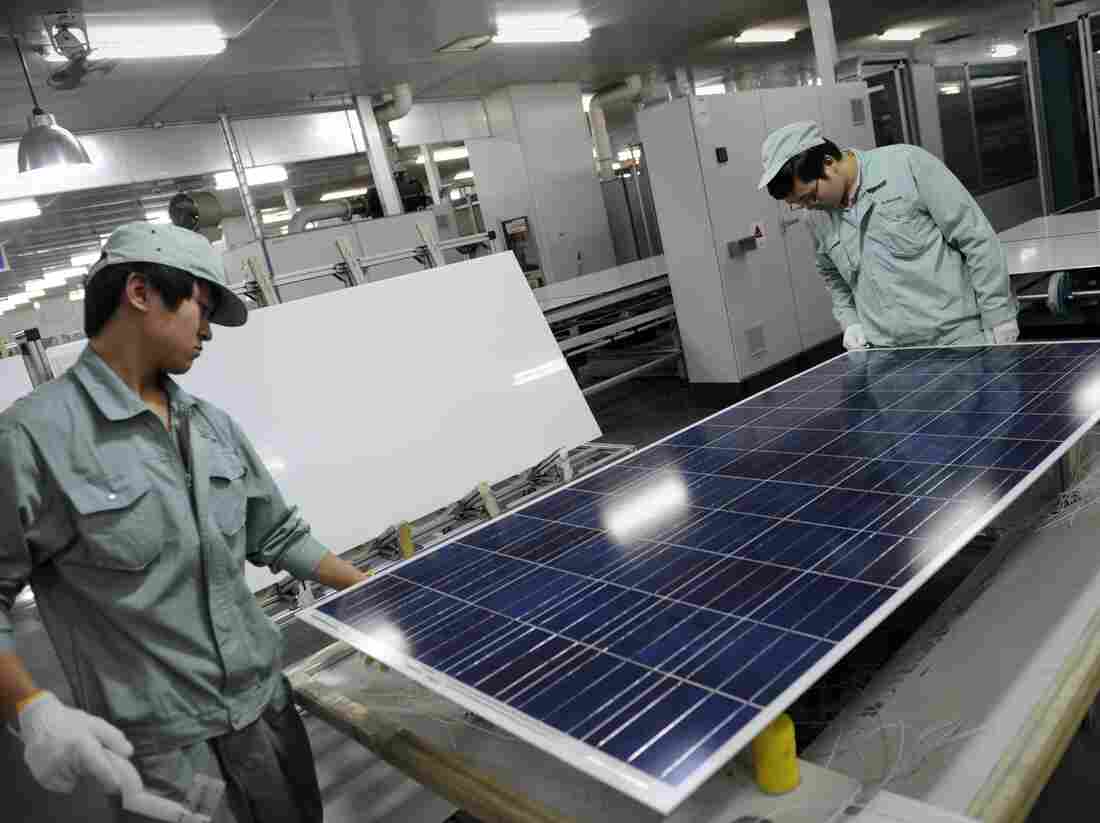 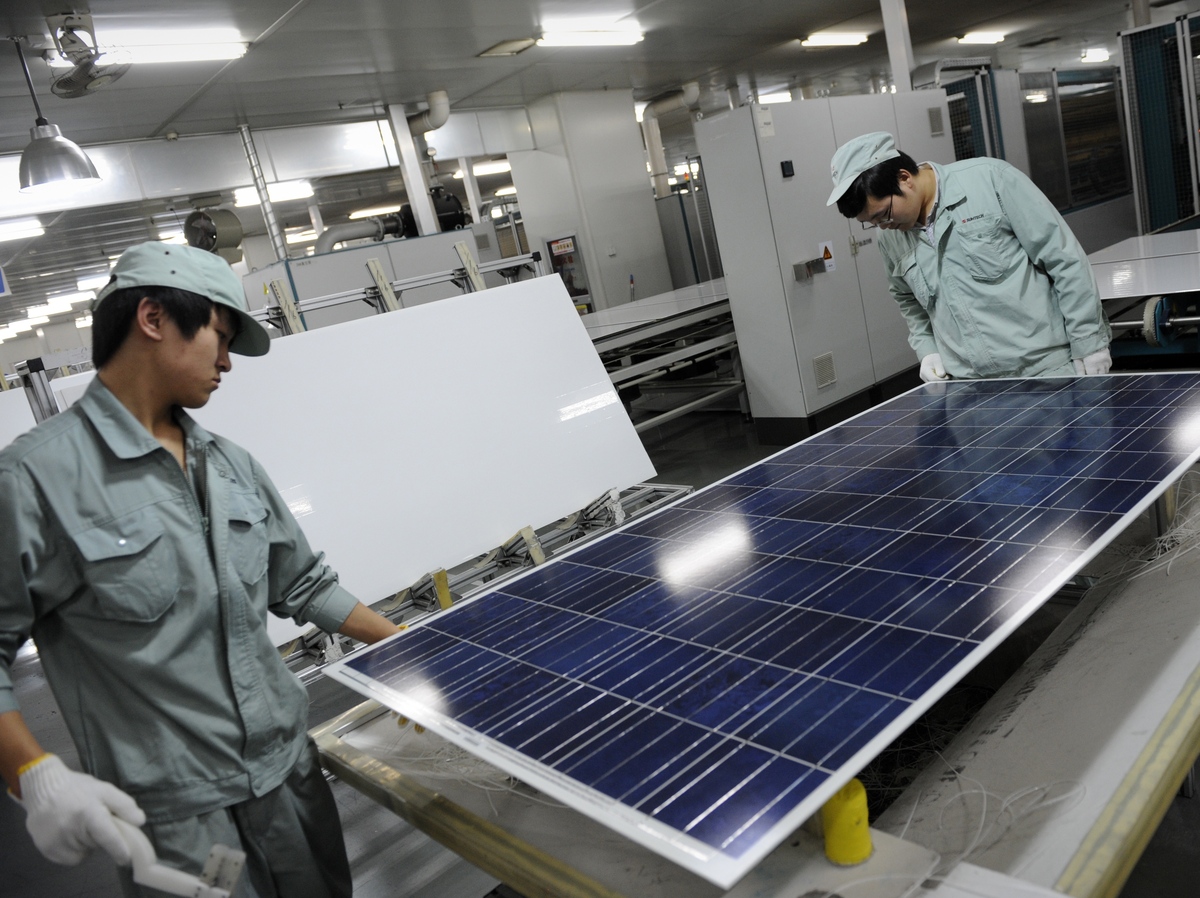 Workers at a Suntech plant in Wuxi last month.

The future doesn't look so bright for China-based Suntech, one of the world's largest makers of solar panels: On Wednesday, it was forced into bankruptcy after missing a $541 million payment to bondholders.

Suntech Power Holdings, based in Wuxi on the outskirts of Shanghai, is largely a victim of its own success, borrowing heavily for expansion in recent years (as did Chinese competitors Trina Solar and Yingli Green Energy). Although worldwide demand for solar panels is high, the ramp-up in production created "enormous oversupply and a ferocious price war," according to a New York Times article in October.

Chinese banks "quietly asked a court on Monday ... to declare the operating subsidiardy, Wuxi Suntech, to be insolvent and begin restructuring it," the NYT says.

(Solyndra, the U.S. solar panel maker that received government loan guarantees and subsequently went into Chapter 11 bankruptcy, has sued Suntech, Trina and Yingli, claiming the Chinese trio of companies conspired to drive it out of business)

From 2009 to 2011, Suntech more than doubled its annual production capacity to 2,400 megawatts, according to data compiled by Bloomberg.

It notes that Suntech got its start in 2002 under founder Shi Zhengrong, who was ousted earlier this month as the company sought aid from regional authorities in Wuxi.

While U.S. and European solar companies have been forced into restructuring, Beijing has continued to support its own solar industries until December, when China's State Council signaled it would stop funding money-losing companies, according to The Wall Street Journal.