Accessibility links
Europe's Central Bank Issues Cyprus Ultimatum : The Two-Way The central bank says it will cut off a financial lifeline in four days if Cypriot lawmakers can't agree on a deal to raise $7.5 billion to prop up the country's banks. 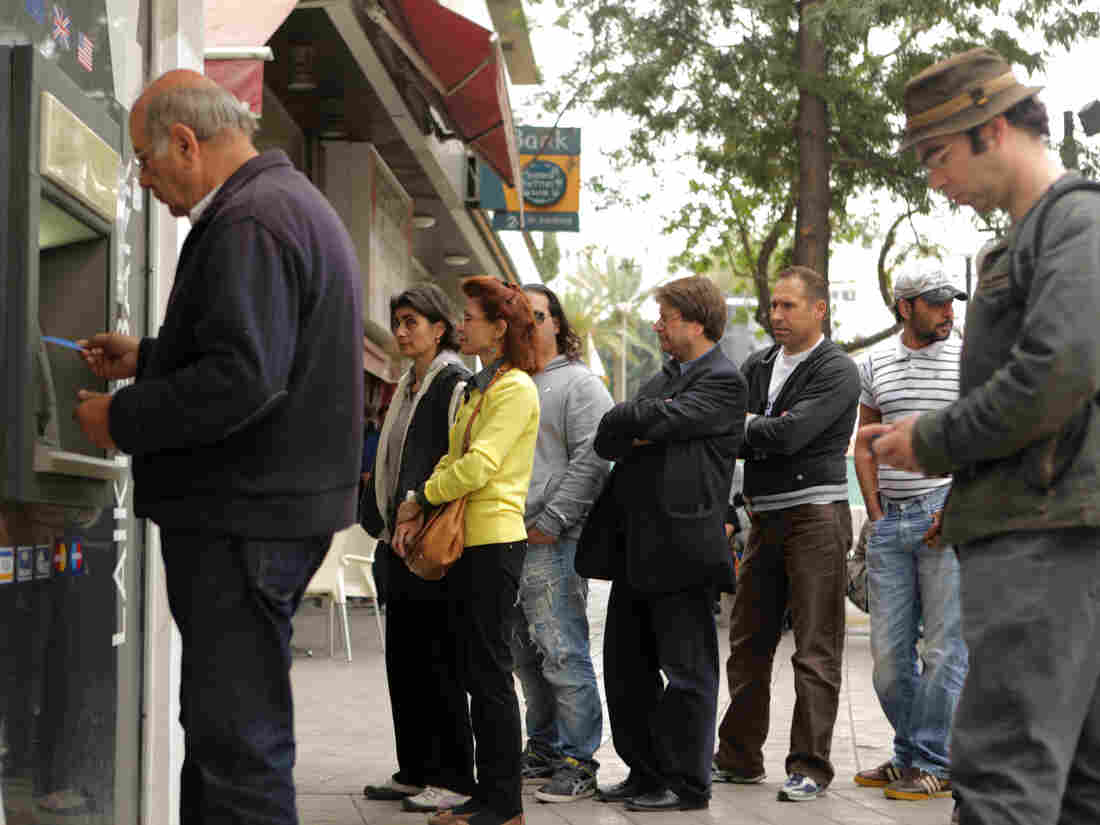 People line up at an ATM in Nicosia to withdraw cash on Thursday. Patrick Baz/AFP/Getty Images hide caption 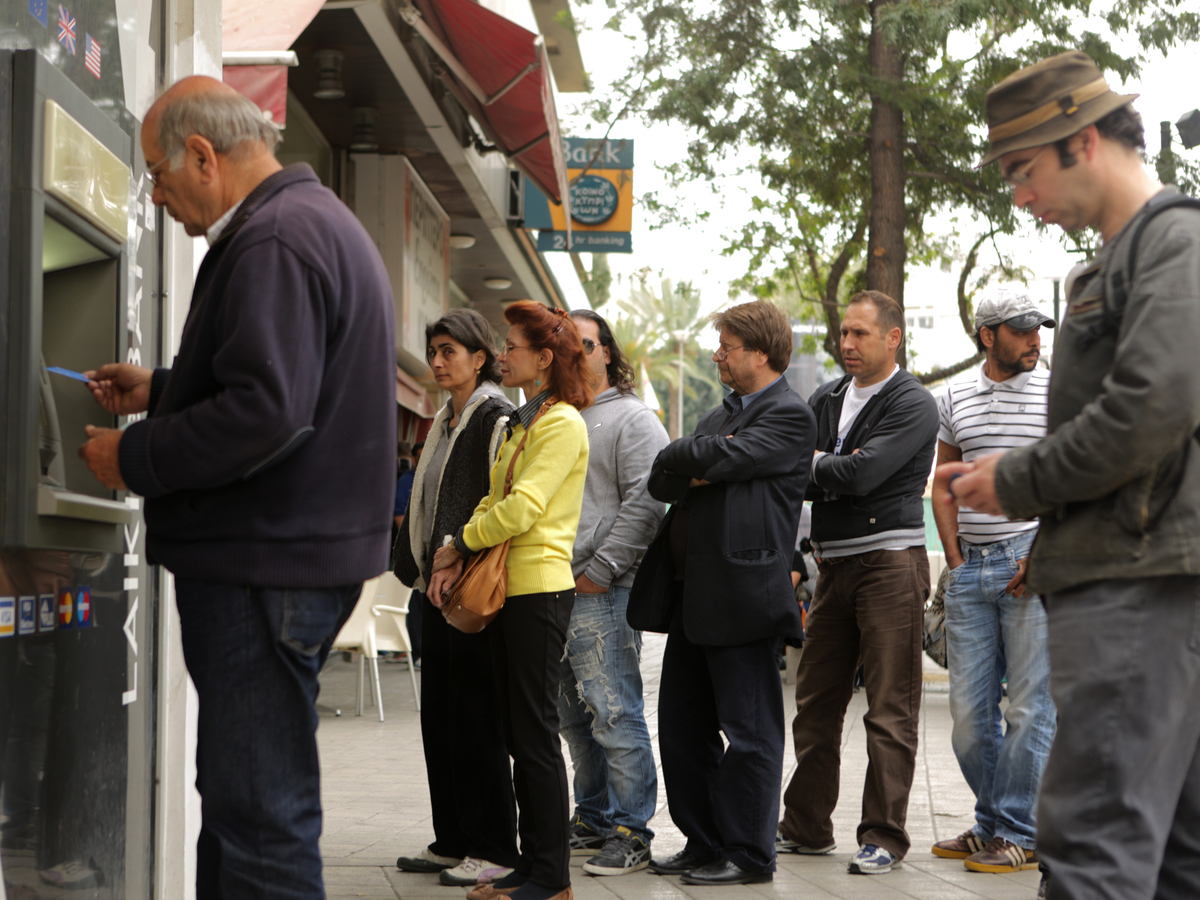 People line up at an ATM in Nicosia to withdraw cash on Thursday.

The clock is ticking on Cyprus' fiscal cliff.

The European Central Bank has given the Mediterranean country just four days to come up with its own bailout plan, or a eurozone lifeline to its struggling banks will be severed.

The ultimatum comes after Cypriot lawmakers on Tuesday rejected a highly unpopular proposal put forward by the European Central bank, the European Commission and the International Monetary Fund to give the country's banks half of a $13 billion bailout package if they can raise the other half from a steep levy on the country's personal savings accounts.

Since then, the Cyprus government has been struggling to come up with a "Plan B" that will satisfy international lenders. If Cyprus can't do it by Monday, the ECB will pull the plug on Cypriot banks, which would likely precipitate a collapse of the island's financial institutions and send shock waves through European and world markets.

Kakissis, reporting from the Cypriot capital Nicosia, says the country's banks were drained by exposure to the Greek debt crisis. But EU and IMF leaders see the island as a haven for offshore investment, especially by wealthy Russians, and want depositors to pay for part of a bailout.

Banks have been closed until Tuesday to prevent a bank run, but ATMs have been restocked so people can withdraw money, Kakissis says.

The Parliament in Cyprus could vote on a plan to raise the $7.5 billion as early as Thursday.

Averof Neophytou, the deputy leader of Cyprus' ruling Democratic Rally party, tells NPR that there is a plan being considered that would create an "Investment Solidarity Fund" to issue emergency bonds. The measure would appeal for donations from ordinary Cypriots, businessmen and foreign investors, The Associated Press reports.

The government would issue bonds on the solidarity fund, "but some sort of levy on deposits may still be necessary," says John Psaropoulos, reporting for NPR from Nicosia.

The Cypriot Orthodox Church has already offered to mortgage its own assets and buy government bonds.

Meanwhile, talks on a bailout from Russia are ongoing, with Cypriot Finance Minister Michalis Sarris meeting in Moscow since Tuesday in hopes of forging a deal.

"Russia is likely to pitch in, though its contribution will be smaller than originally hoped for, Cypriot officials have said. Nearly a third of the 68 billion euros ($88 billion) in deposits in Cyprus' oversized banking sector are held by Russians."