Accessibility links
With Obama In Ramallah, Palestinians Take To The Streets : The Two-Way But one of the unanswered questions was who were they protesting against? Obama, Israel or their own government. 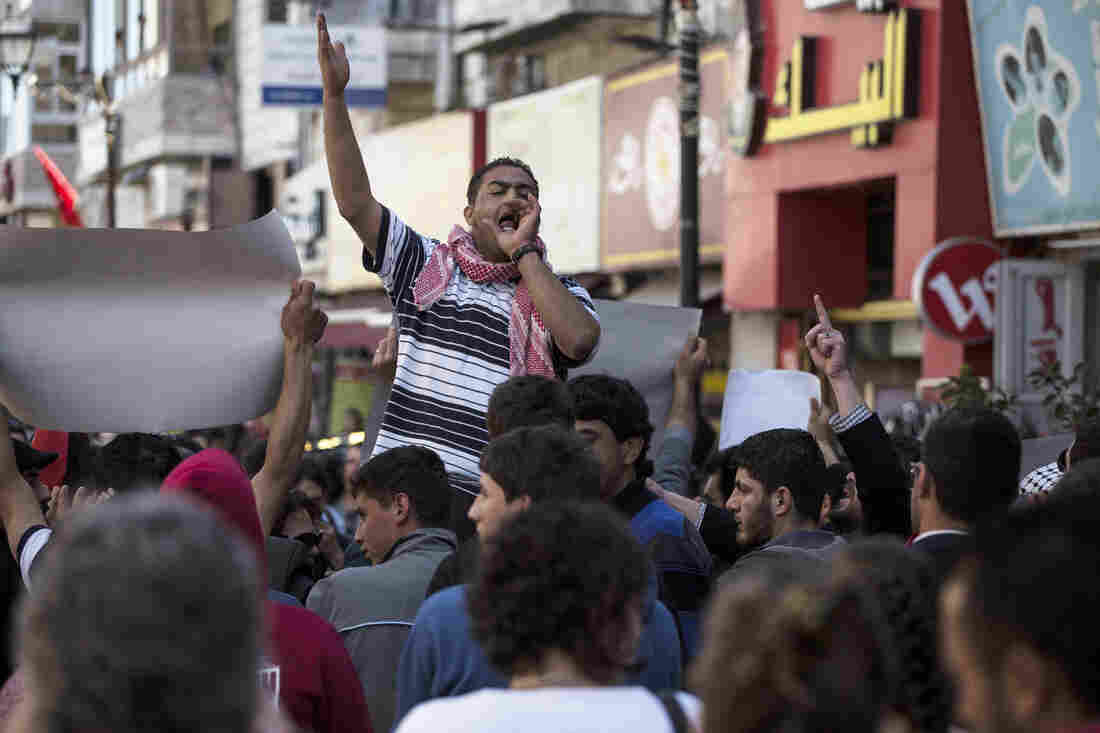 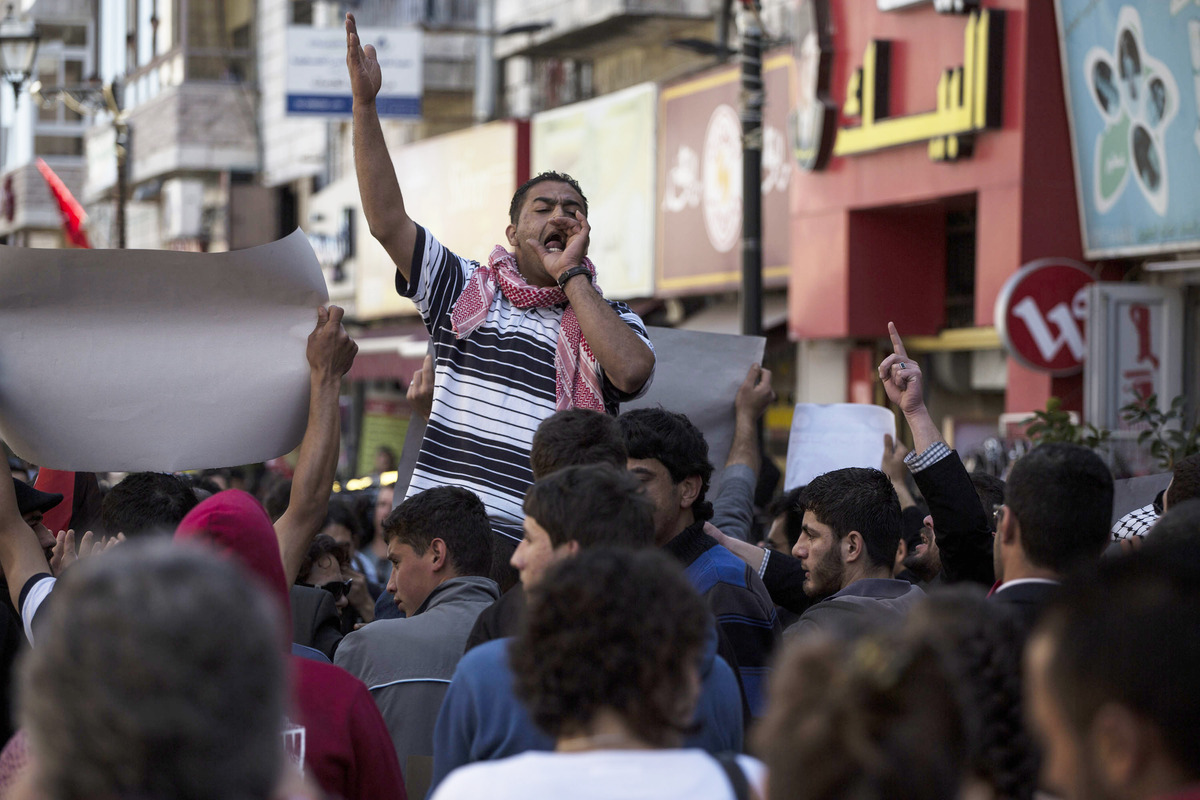 NPR's Larry Abramson is covering President Obama's visit to the Middle East. He sends this dispatch from the West Bank.

There were a lot of irritated Palestinians in the streets of Ramallah today. But it's hard to pinpoint the cause. Were they mad at President Obama, at Israel? Or were they angry at themselves?

All week long, different groups staged demonstrations against the Obama visit, here in Palestine's defacto capital city, and elsewhere, including Gaza. Mothers of those in Israeli jails demanded the release of their children. Many shouted that all Palestinians should have the "right of return" to land inside Israel. And all shouted at the Palestinian Authority security forces, accusing them of collaborating with Israel. They marched through the streets of Ramallah toward the center of government, challenged the police phalanx verbally and then ran out of gas and went home. Many with long experience in such things groaned that the turnout was just pathetic.

Today was no exception. Despite the fact that much of Ramallah was shut down because of Obama's visit today, the crowd of demonstrators again never exceeded 200.

Many blamed the heavy showing by Palestinan Authority security forces for the discouraging those who feared arrest. Others admitted that a a big demo would accomplish little, as the President was unlikely to see them as he helicoptered in and out. But most seemed simply frustrated that it is so hard to garner public attention without a turn to violence.