Accessibility links
Three Marines Killed In Shooting At Base In Virginia : The Two-Way Officials at Marine Base Quantico said an active-duty Marine shot and killed two, before turning the gun on himself.

Three Marines Killed In Shooting At Base In Virginia

Three Marines Killed In Shooting At Base In Virginia 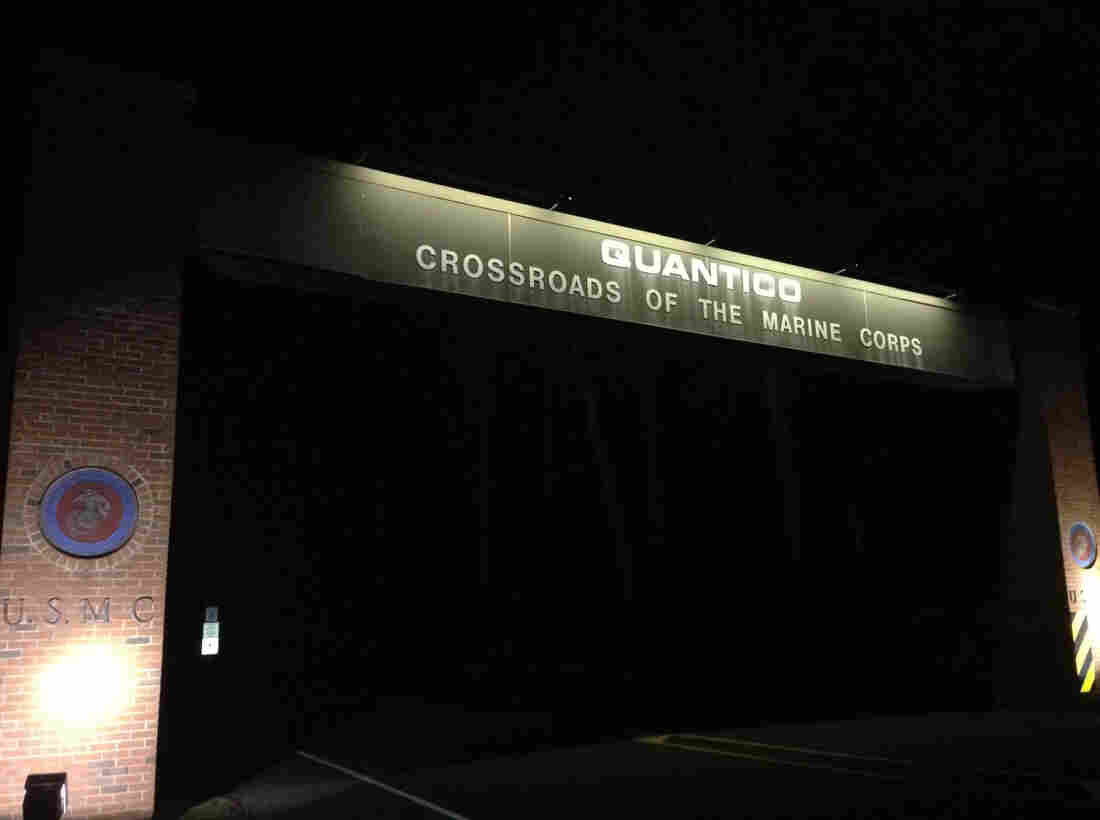 The entrance to the U.S. Marine Corps Base Quantico on Friday. Matthew Barakat/AP hide caption 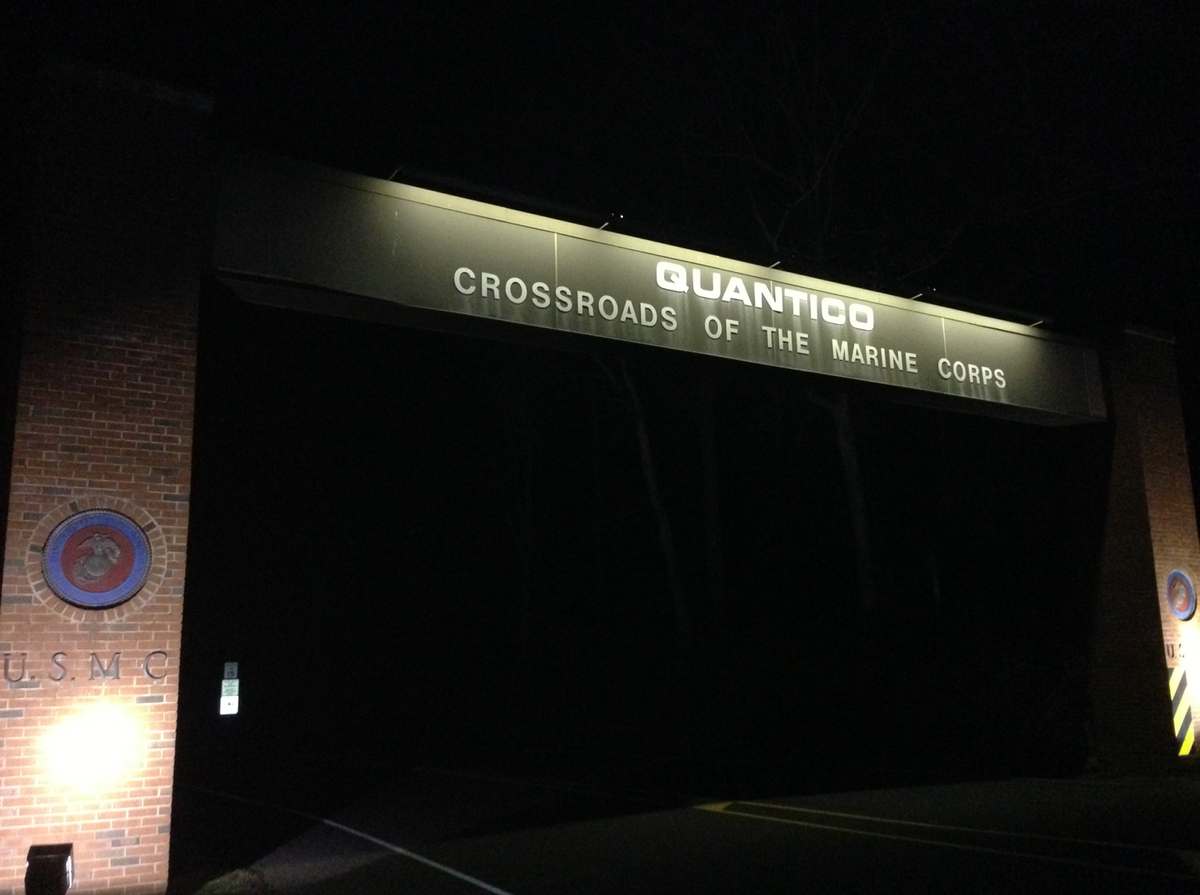 The entrance to the U.S. Marine Corps Base Quantico on Friday.

A Marine opened fire at a Virginia base Thursday night, killing two other Marines before turning the gun on himself.

"Authorities entered the barracks early Friday and found the suspect dead of a self-inflicted gunshot wound along with a second victim. Solivan could not say what prompted authorities to enter the barracks, which are at the base's officer candidate school.

"No names were immediately released but Solivan said the suspect and both victims were Marines. Authorities believe the suspect was a staff member at the officer candidate school, Solivan said."

In a post on Facebook, the base described the incident as an "isolated shooting." A press release issued earlier this morning, described the alleged shooter as "an active-duty Marine" who was pronounced dead at the scene.

"Two other victims, also active-duty Marines, were pronounced dead at the scene," the base said in the statement.

We're expecting a press conference any minute. We'll update when we have more information.

During a press briefing, base commander Col. David W. Maxwell said the three Marines were staffers at the school. All other officers are safe, he said.

"'This is truly a tragic loss for the Marine Corps, which has had a number of tragic losses in the last couple of weeks,' Maxwell said in a seven-minute news briefing. He took no questions afterward.

"'It's been a long night,' the commander said.

"Defense Secretary Chuck Hagel 'was saddened to learn of the shootings at Marine Corps Base Quantico,' Pentagon spokesman George Little said in a statement. 'This tragedy, as well as the tragedy in Nevada earlier this week, took the lives of Marines who volunteered to serve their nation. His heart and his prayers are with them and their families. He believes that the legendary strength of the United States Marine Corps will ensure that they are forever remembered.'"