Accessibility links
In Case You Missed It: Georgetown Upended, And Other NCAA Surprises : The Two-Way Newcomer Florida Gulf Coast made quite an entrance Friday: The No. 15 seed beat No. 2-ranked Georgetown. Other notable wins went to La Salle and Iowa State.

Rhymed Wrap: NCAA So Far, In A Poem

Listen
In Case You Missed It: Georgetown Upended, And Other NCAA Surprises

In Case You Missed It: Georgetown Upended, And Other NCAA Surprises 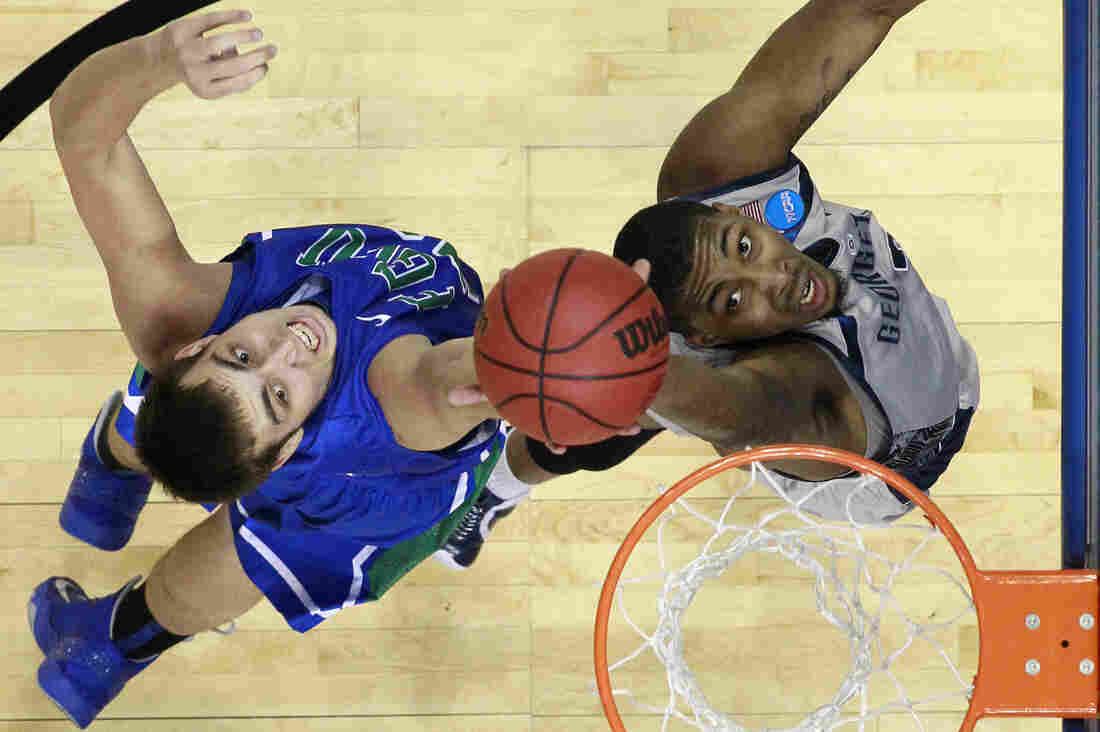 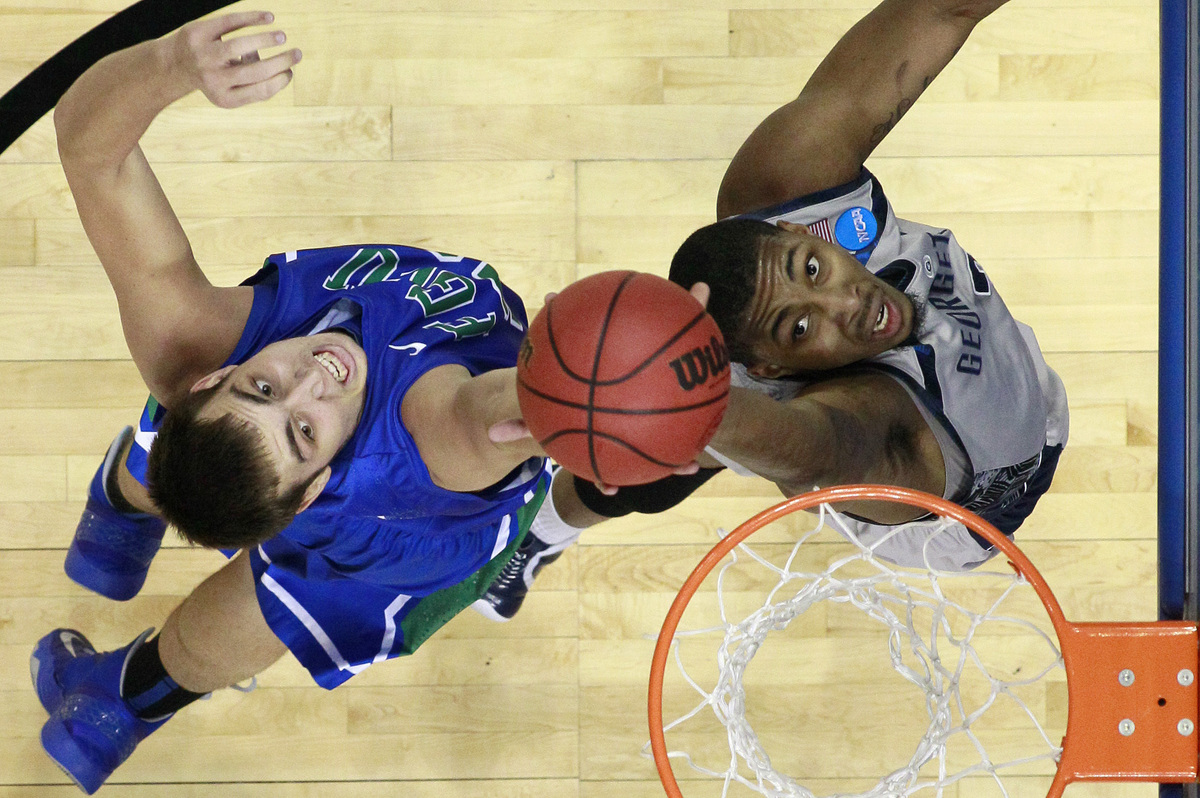 Florida Gulf Coast's Chase Fieler (left) and Georgetown's Mikael Hopkins leap for a rebound during a second-round game of the NCAA tournament Friday.

The Florida Gulf Coast Eagles managed a 78-68 victory over the Hoyas, only the seventh time in NCAA history that a No. 15 seed beat a No. 2, the AP says.

"Florida Gulf Coast, a university based in Fort Myers that opened in 1997 and completed its transition to Division I only two years ago, ensured that its first trip to the N.C.A.A. tournament was a memorable one. The Eagles did not simply defeat the Hoyas. They humiliated them, leading by as many as 19 points in the second half and rendering decades of college-basketball tradition an afterthought."

Other highlights from Friday's matchups:

-- From Iowa State Daily: Iowa State University "sprinted past" Notre Dame to win 76-58. The paper says the "turning point" came with 14:14 left in the first half:

"From there Iowa State never looked back, as Notre Dame could only cut the lead to as low as 10 following halftime."

-- The upset that wasn't: The Kansas Jayhawks managed to thwart a "monumental scare from No. 16 Western Kentucky," CBS Sports reports. The AP adds:

"The Jayhawks (30-5), flummoxed by the Hilltoppers' full-court pressure, trailed 31-30 at halftime. Kansas eventually built an 11-point lead in the second half, but couldn't put Western Kentucky away until [Ben] McLemore's two foul shots with 11 seconds left."

-- The Washington Post reports: "No. 11 Minnesota somehow managed to stumble across a team with bigger problems than its own." UCLA lost 63-83.

Besides drama with the coaches of both teams, The Los Angeles Times reported Friday that the father of UCLA's Shabazz Muhammad was lying about his son's age. Turns out Shabazz is 20, not 19, which the Times says could affect his NBA draft prospects.

For another NCAA wrap, listen as NPR's Mike Pesca rhymes his way through the games for Weekend Edition Saturday:

Rhymed Wrap: NCAA So Far, In A Poem