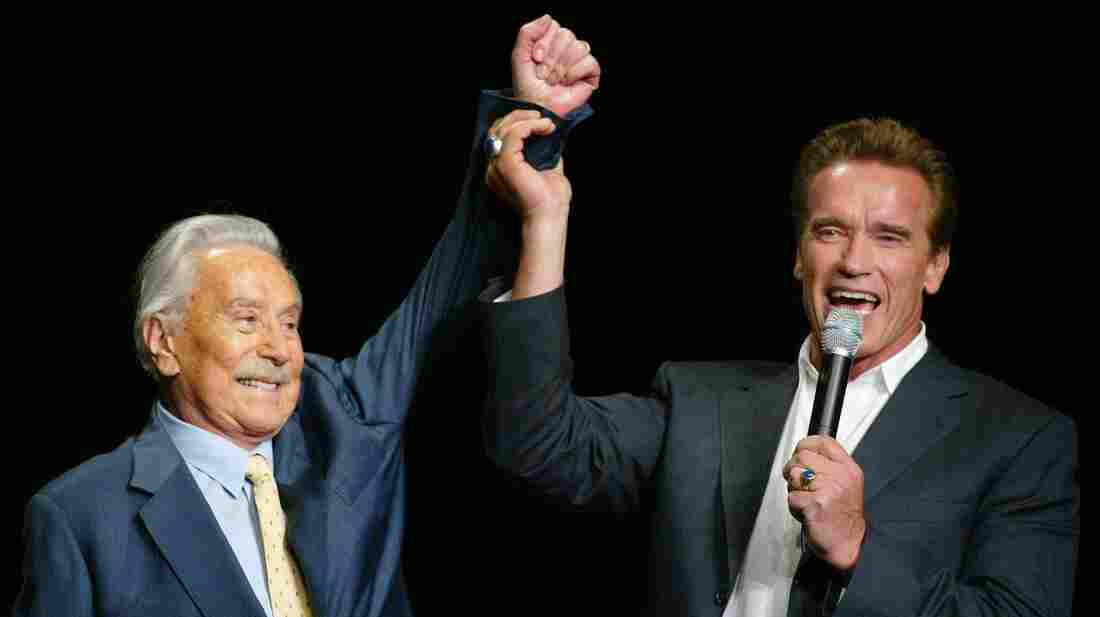 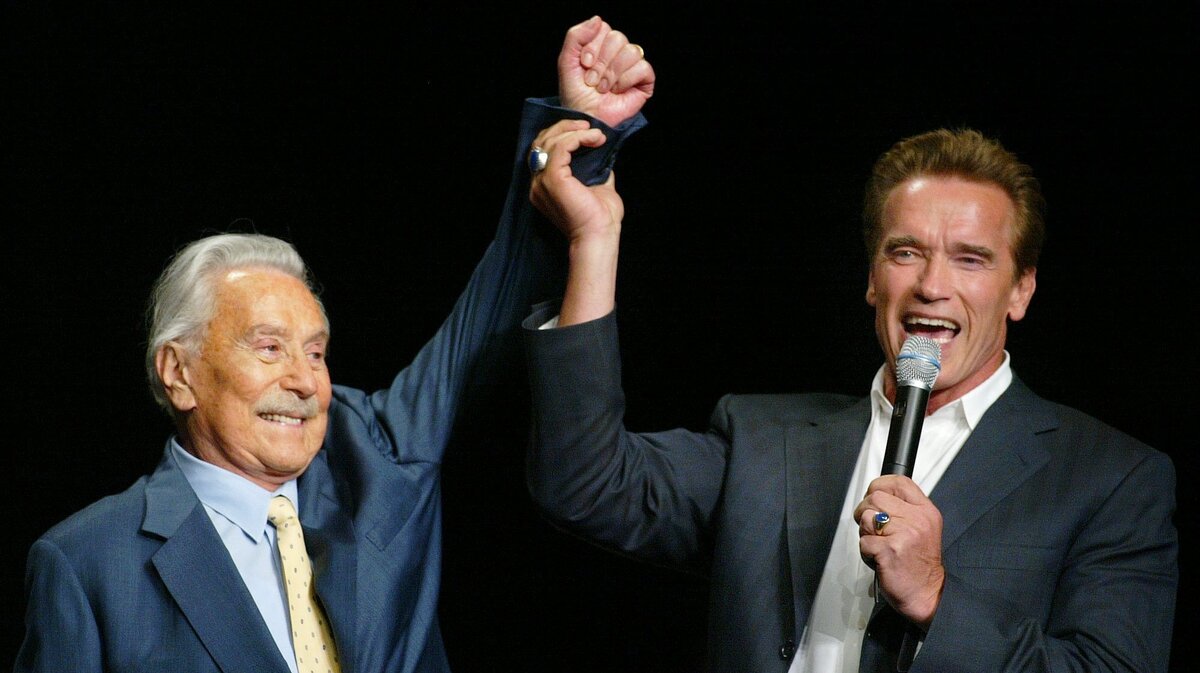 Arnold Schwarzenegger raises the arm of Joe Weider, the creator of the Mr. Olympia Bodybuilding competition, during the 39th annual Mr. Olympia event in 2003. Weider died Saturday at 93.

Joe Weider, a legendary figure in the world of bodybuilding whose name became synonymous with the sport, died Saturday at the age of 93.

Through the creation of the Mr. Olympia bodybuilding event in 1965, Weider is often credited with introducing the world to a charming, young bodybuilder named Arnold Schwarzenegger, who would go on to win the competition a record seven times and become a superstar.

Schwarzenegger tweeted the news of his friend's death:

Today, I lost a dear friend and mentor. My statement on the passing of Joe Weider: http://t.co/lnQBmHzNOL

In a statement on his website, Schwarzenegger remembered Weider as a "titan in the fitness industry and one of the kindest men I have ever met."

"Joe didn't just inspire my earliest dreams; he made them come true the day he invited me to move to America to pursue my bodybuilding career. I will never forget his generosity. One of Joe's greatest qualities is that he wasn't just generous with his money; he freely gave of his time and expertise and became a father figure for me."

Weider was born in Canada in 1919 and began lifting his own, homemade weights he built from scrap parts. He eventually joined a weightlifting club and won his first bodybuilding competition when he was 17.

Weider went on to create a mail-order barbell business and become a staunch promoter of bodybuilding, as well as health and fitness, with publications like Muscle & Fitness, Flex and Shape.