Accessibility links
No. 1 Gonzaga's Been Dumped: Here's What Else You Should Know : The Two-Way Wichita State took down the first top-seeded team in the NCAA men's basketball tournament Saturday. It's the first time Wichita State is headed to the Sweet 16 since 2006. Plus, Harvard started Thursday on a high, but has since tumbled.

No. 1 Gonzaga's Been Dumped: Here's What Else You Should Know

No. 1 Gonzaga's Been Dumped: Here's What Else You Should Know 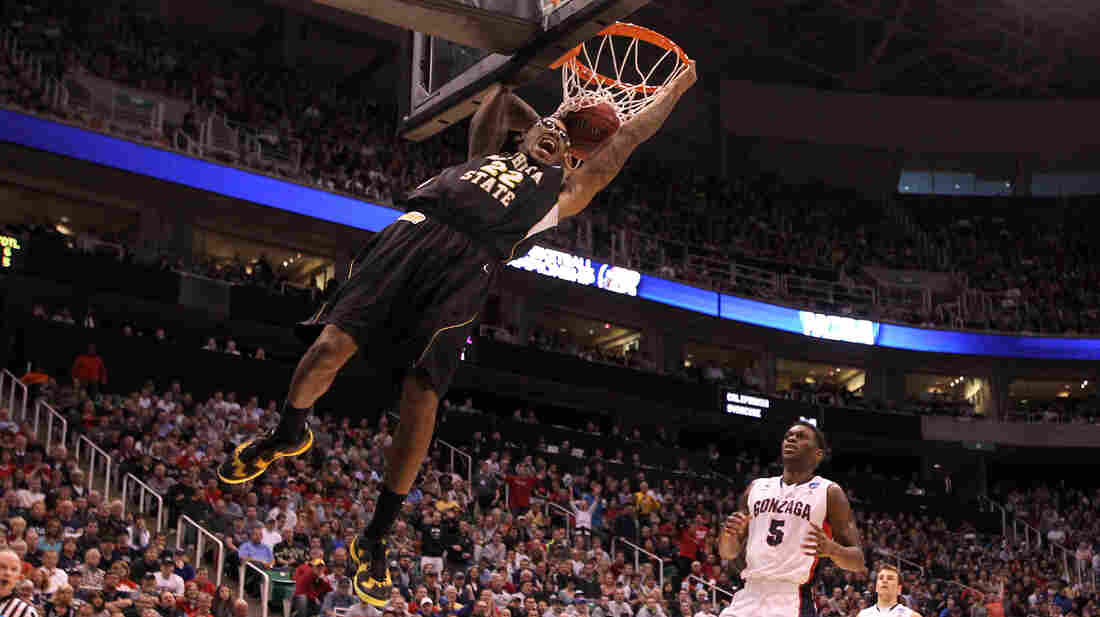 Carl Hall No. 22 of the Wichita State Shockers dunks the ball in the first half while taking on the Gonzaga Bulldogs during the third round of the NCAA men's basketball tournament in Salt Lake City Saturday. Streeter Lecka/Getty Images hide caption 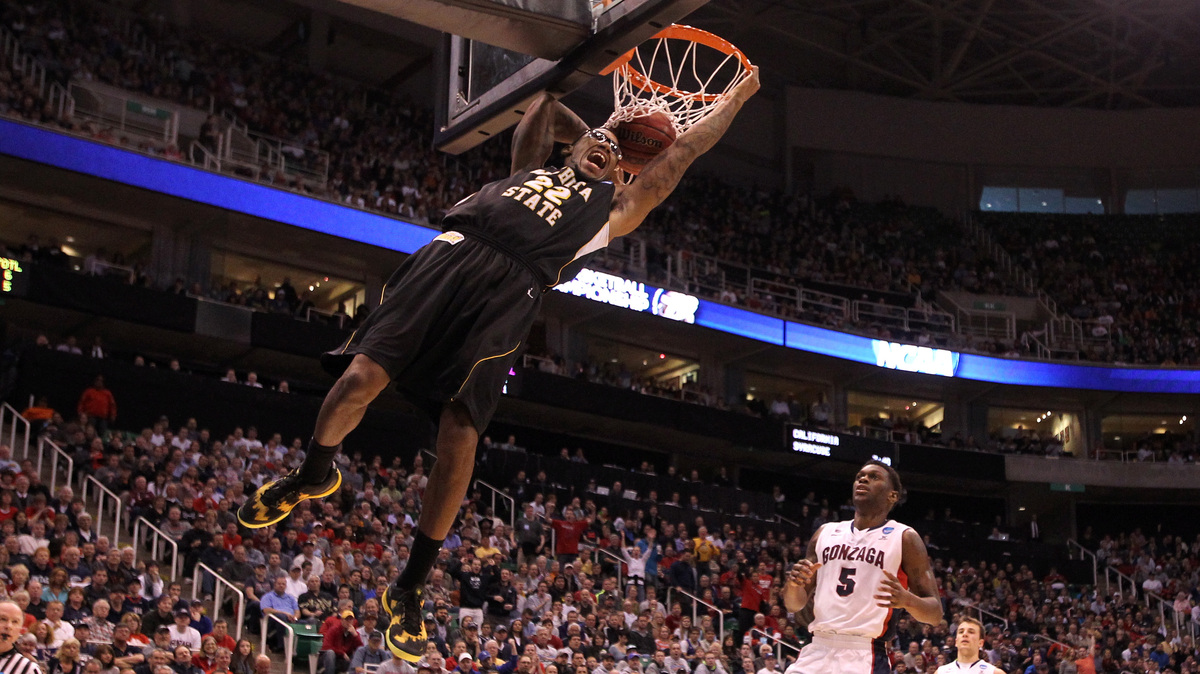 Carl Hall No. 22 of the Wichita State Shockers dunks the ball in the first half while taking on the Gonzaga Bulldogs during the third round of the NCAA men's basketball tournament in Salt Lake City Saturday.

Saturday's NCAA men's basketball shocker? Wichita State toppled Gonzaga, 76-70. Gonzaga is the first top-seeded team to be eliminated, and it's the first time Wichita State is heading to Sweet 16 since 2006, The Associated Press reports. The AP adds:

"Wichita State had the Zags down 13 early. Though Gonzaga (32-3) fought back, the barrage of 3s was too much for the small school from Spokane, Wash."

Here are some other noteworthy bits to keep in your back pocket as the tournament nears the Sweet 16:

-- Harvard made a splash at the outset Thursday, as Eyder reported, but its stunning performance was short-lived. Here's what happened Saturday against the Arizona Wildcats, from USA Today:

"Arizona handcuffed the No. 14 Crimson, jumping to a big lead and running away with a 74-51 third-round win at EnergySolutions Arena [in Salt Lake City]. For the second time in three years, the Wildcats (27-7) advance to the Sweet 16. On Thursday in Los Angeles, they will face the winner of No. 2 Ohio State and No. 10 Iowa State."

Harvard started with a reputation for shooting well, USA Today says, but it missed 20 of its first 22 attempts in the game against Arizona.

-- The Oregon Ducks are "becoming a giant-killer of sorts," says NPR's Tom Goldman. The No. 12-seeded team squashed No. 4-seeded Saint Louis 74 to 57 Saturday in San Jose, Calif. On Thursday, the Ducks took Oklahoma State (fifth-seeded) 68-55.

Goldman says Oregon had been considered under-seeded going into the tournament, "and they have shown in these two games how much better a team they are."

Next up for the Ducks: top team Louisville on Friday.

"It'll be fascinating to see how [Louisville's] defense does against the Ducks, with their quickness and speed," Goldman says.

-- A boost for the state of Michigan, as MLive.com reports: "Michigan and Michigan State are in the Sweet 16 for the first time ever. Seriously." The Michigan news site says fans of the rival teams "sat side-by-side inside The Palace for both games, and at times, it almost felt like they were pulling for one another."

"If we learned anything from today's games it's this: Both teams from the Great Lakes State look armed and dangerous to make deep runs in this year's tournament."

Did you miss Friday's games, too? Get the recap.