Accessibility links
Years After The Elbow Incident, Steve Wynn Sells Picasso's 'Le Rêve' For $155 Million : The Two-Way Wynn had agreed to sell the painting to Steven Cohen, but as he was saying goodbye he punched a hole through it with his elbow. 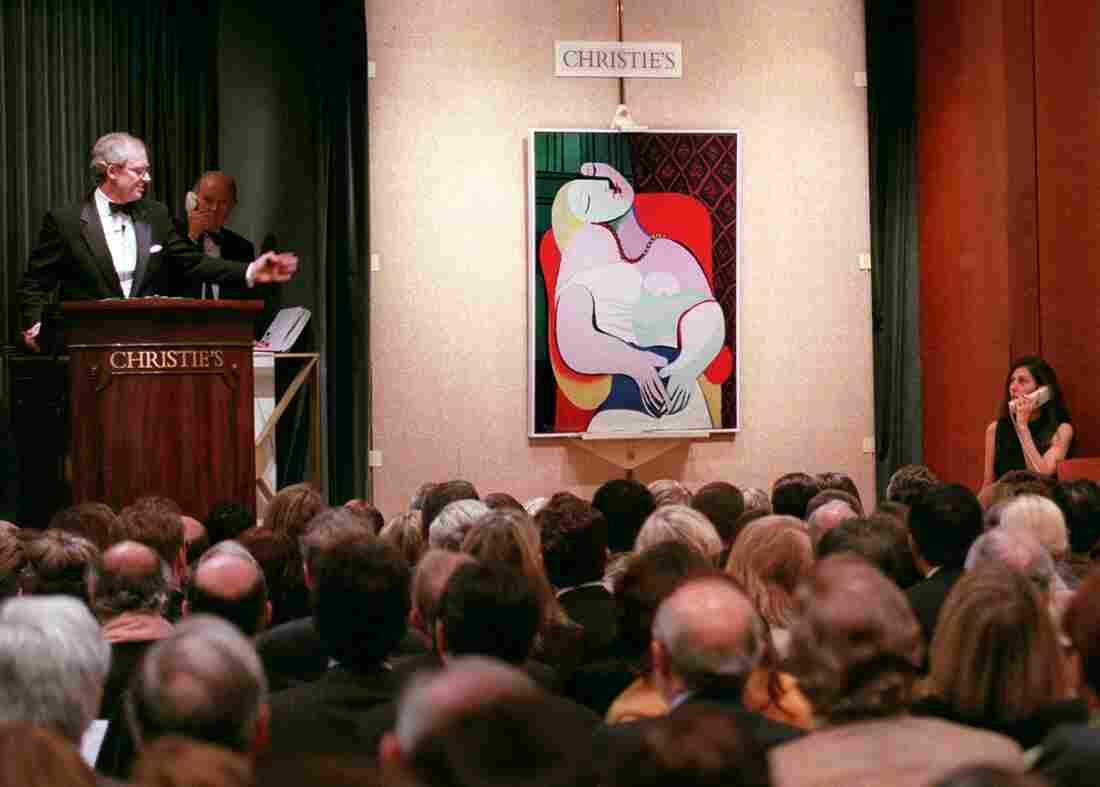 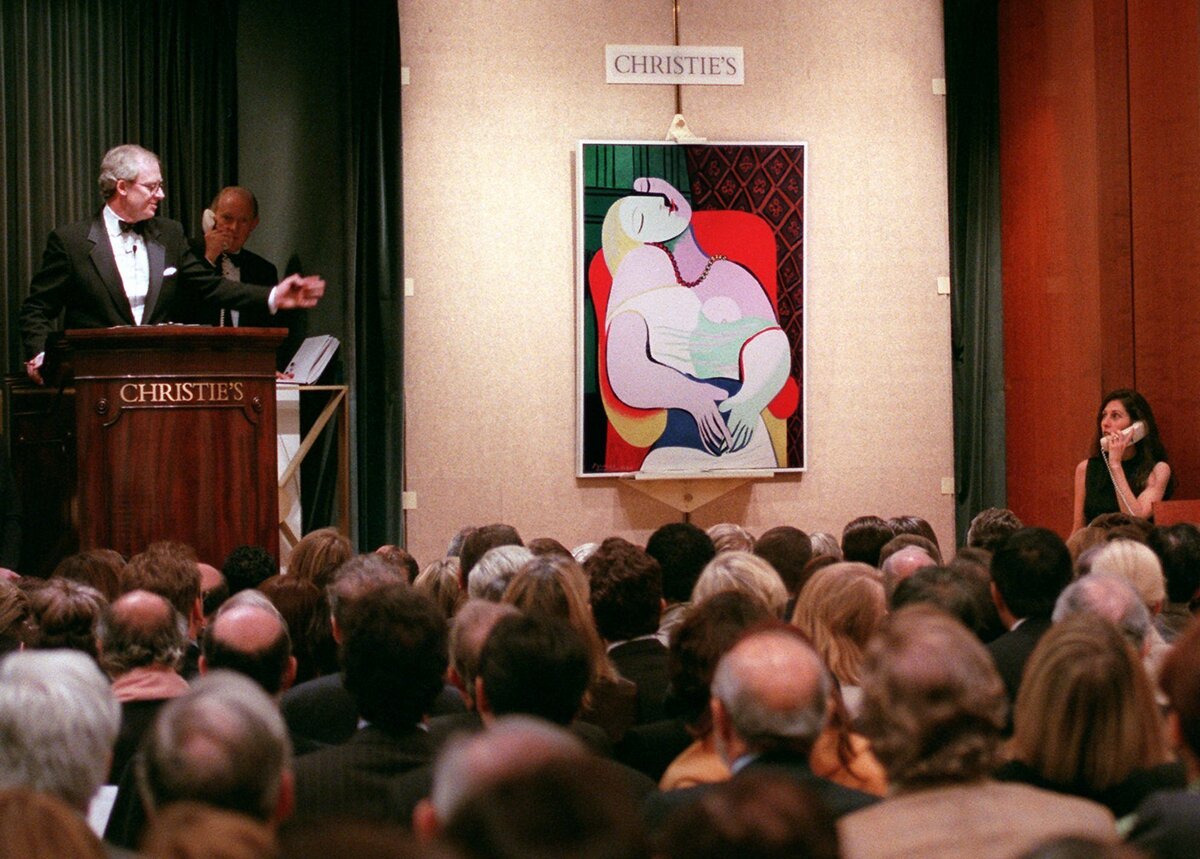 Auctioneer Christopher Burge takes bids on Picasso's "The Dream" in 1997.

Wynn sold "The Dream" to Steven Cohen, who owns the hedge fund SAC Capital, for a cool $155 million.

The Financial Times reports that SAC Capital just paid $614 million to settle accusations of insider trading. The paper adds that this private art sale could be a record.

"Christies said the highest price for a Picasso sold at auction was $106.5m, set in May 2010 when the auction house sold Picasso's 'Nude, Green Leaves and Bust,' painted in 1932, the same year as 'Le Rêve' and also depicting Picasso's muse Marie-Thérèse Walter," the Times reports.

If you remember, Cohen had agreed to buy the painting for $139 million back in 2006. But as NPR explained, when the Las Vegas casino magnate and art collector was saying goodbye, "he accidentally whacked the masterpiece with his elbow, leaving a silver dollar-sized hole and scuttling the deal."

Bloomberg reports that the restoration may well have been part of the deal.

"The restoration seems to be factored into the price," Beverly Schreiber Jacoby, valuation specialist and president of New York-based BSJ Fine Art, told Bloomberg. "If you didn't know that it has been damaged, you would not see it. It's superbly restored."