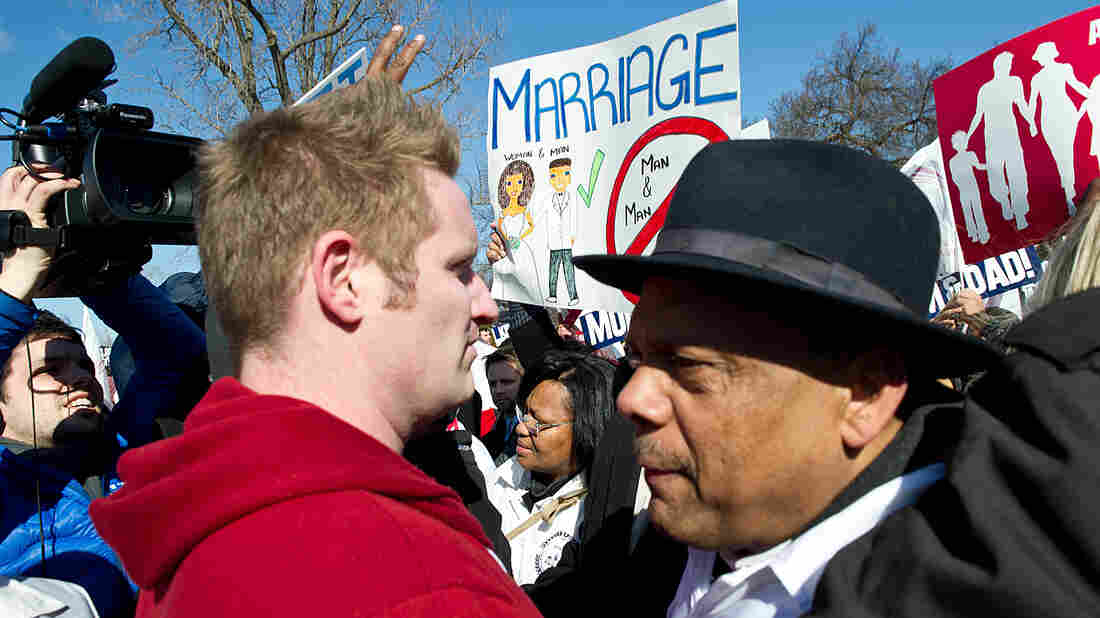 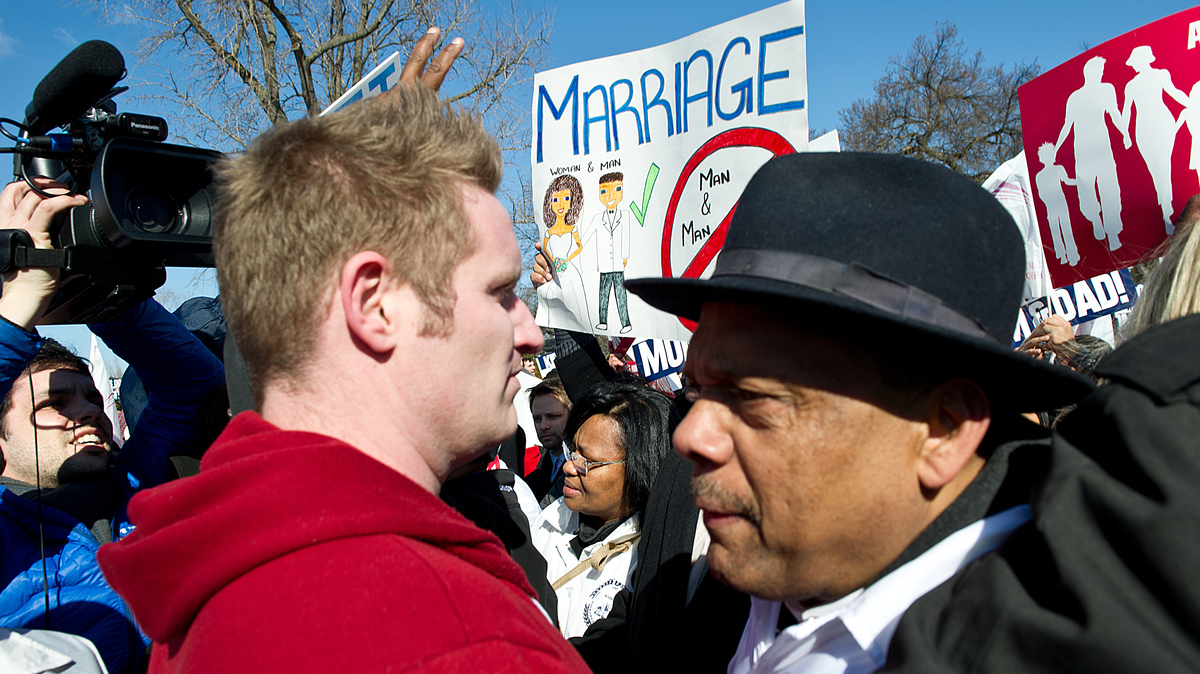 A member of the New York Hispanic Clergy Organization (right) is confronted by a pro-gay-marriage activist outside the Supreme Court on Tuesday.

As oral arguments were beginning Tuesday in the first of two same-sex marriage cases inside the Supreme Court, the steps in front of the court were filled with throngs of what looked to be mostly gay-marriage supporters, spilling out in front of the building and to the other side of the street.

About a half hour earlier, a parade of traditional-marriage supporters had arrived, later headed to a rally on the National Mall.

At the court, some of those who held up signs denouncing gay marriage and warning that God would not approve were overwhelmed by their adversaries, who stood in front of them, beside them and behind them — holding their signs even higher.

Perry Wheeler was carrying a sign that read, "I get married in two months, but it won't feel complete until my brother can in this country, too." And he slid right in front of Rebekah Phelps-Davis, from the Westboro Baptist Church, who was holding a sign that read, "Same Sex Marriage Dooms Nations."

Phelps-Davis stood rock solid on the grass and raised her signs even higher.

"He sits there and says, 'Everybody's with me,' " but he cannot stand the fact that the word of God might get leaked out," said Phelps-Davis.

To which Wheeler shot back, "I knew standing here she'd be spewing with hatred, but killing with love — that's my motto."

At the anti-gay-marriage rally on the Mall, African-American pastor Rev. Bill Owens rejected the argument equating the right to same-sex marriage with the rights of racial minorities at the heart of the civil rights movement of the 1960s.

"I marched in this same location years ago," he said. "They are trying to say they are suffering the same thing we suffered. They are not. ... not even close."