Accessibility links
Day 1 Didn't Tell Us Too Much About Day 2 Of Same-Sex Marriage Cases : The Two-Way Although gay marriage is again on the docket, Wednesday's legal issue is different. Tuesday was about California's attempt to ban same-sex marriage. On Wednesday, the focus is whether the federal government can deny benefits to legally married same-sex couples. 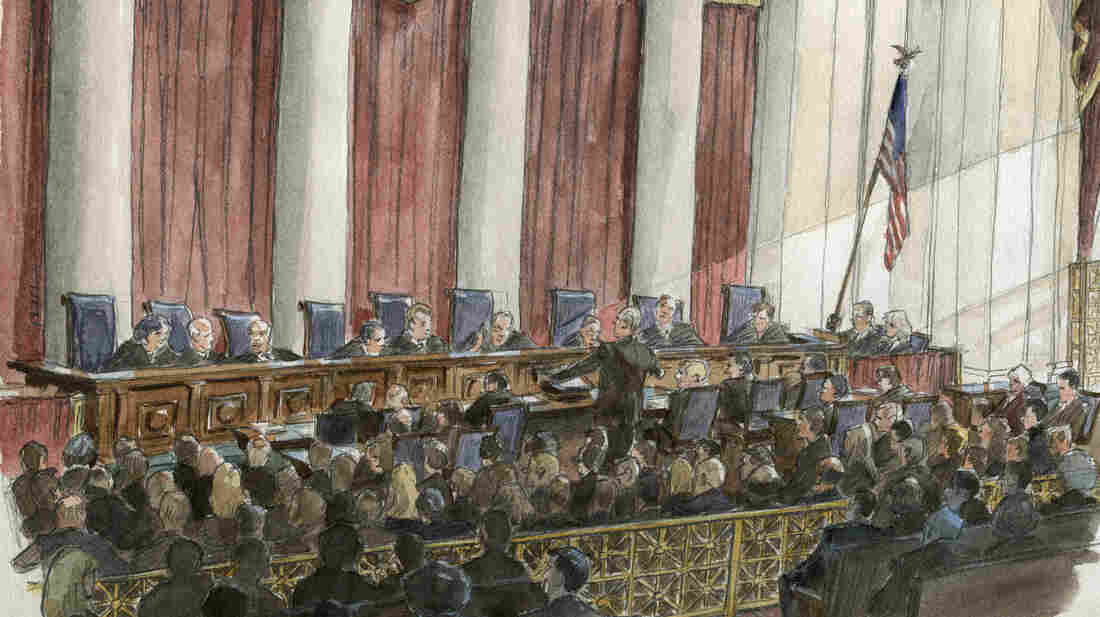 An artist's sketch of the scene inside the U.S. Supreme Court on Tuesday. /Reuters /Landov hide caption 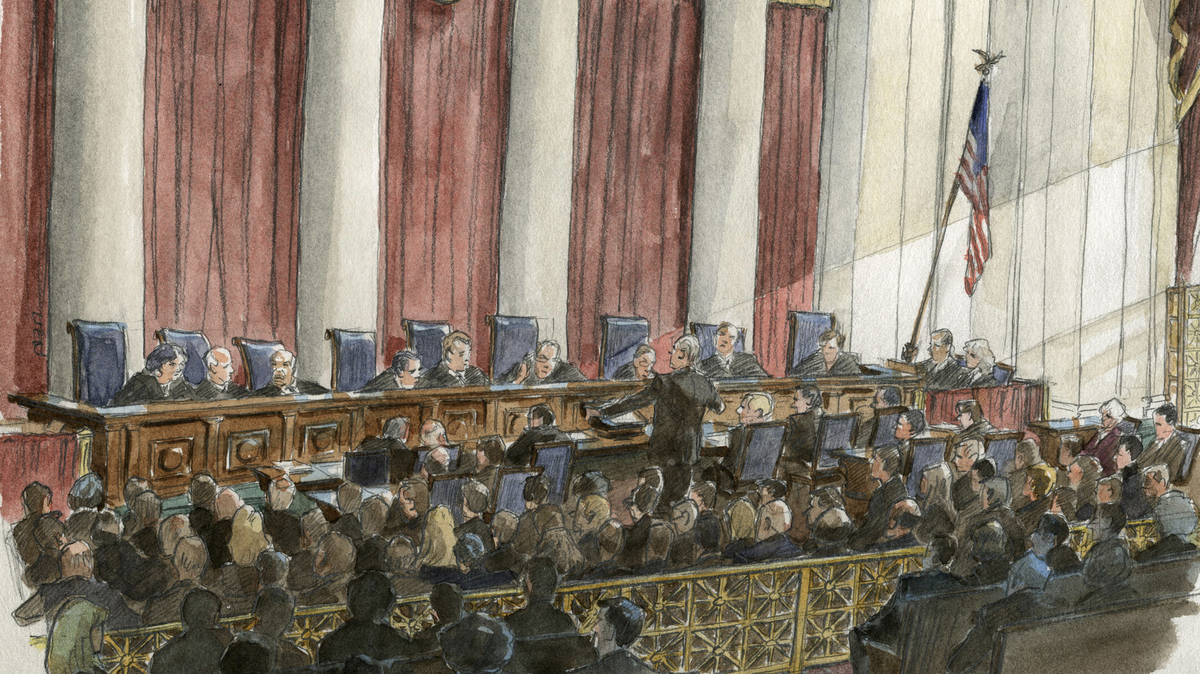 An artist's sketch of the scene inside the U.S. Supreme Court on Tuesday.

As we wait for the Supreme Court to convene again at 10 a.m. ET and begin the second of two historic days of oral arguments focusing on legal issues surrounding same-sex marriage, there's a natural question:

Did Day 1 — a case about California's Proposition 8 ban on gay marriage — tell us much about how the justices will tackle Wednesday's case?

NPR's Nina Totenberg told us Tuesday that the short answer is no.

"Except possibly for the fact that there are some people on the court who view same-sex marriage as so new that the democratic process should deal with it, not judges," Nina said, it's unlikely the themes that come up during Wednesday's oral argument will be the same as those the justices zeroed in on Tuesday.

Nina previewed Wednesday's court action on Morning Edition. The court is set to be in session for two hours. As we did Tuesday, we'll be watching for news and updating as the story develops.

For much more about the cases, see:

— The Same-Sex Marriage Cases: A Primer.

— NPR.org's "special series" on "Same-Sex Marriage And The Supreme Court."

— SCOTUSBlog's Q&A on how the "historic Supreme Court gay-marriage case will unfold."