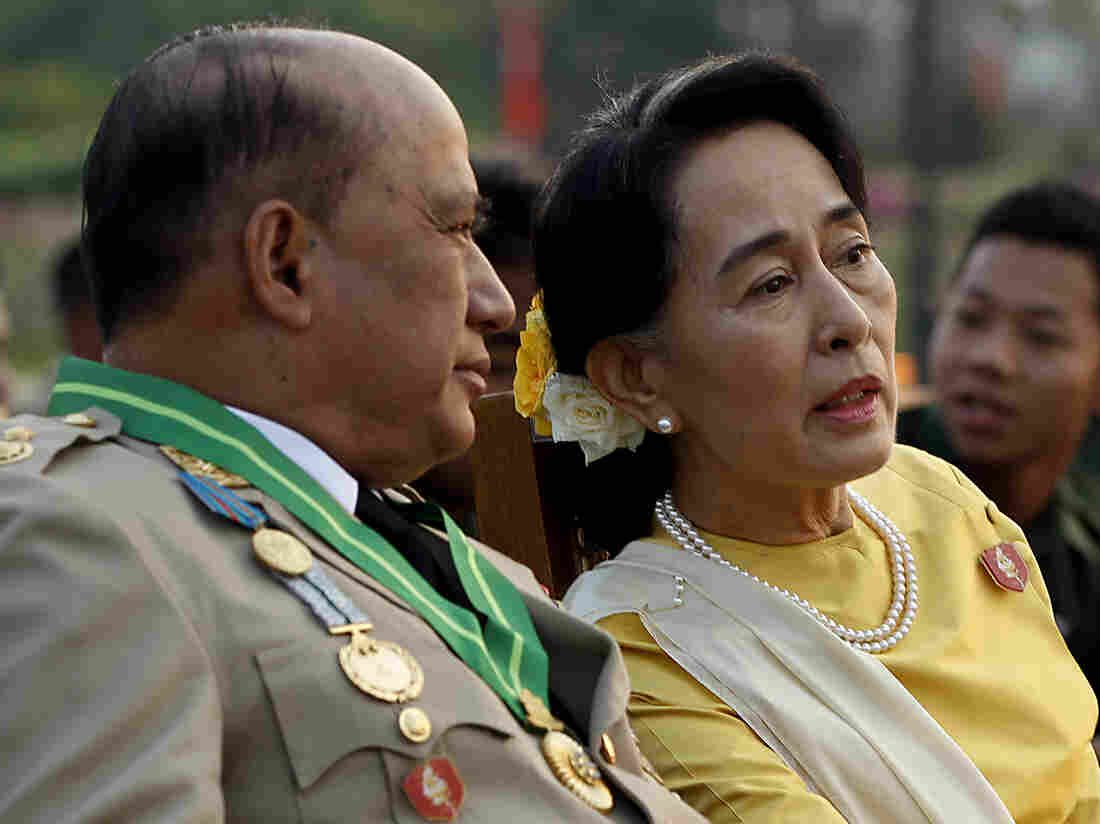 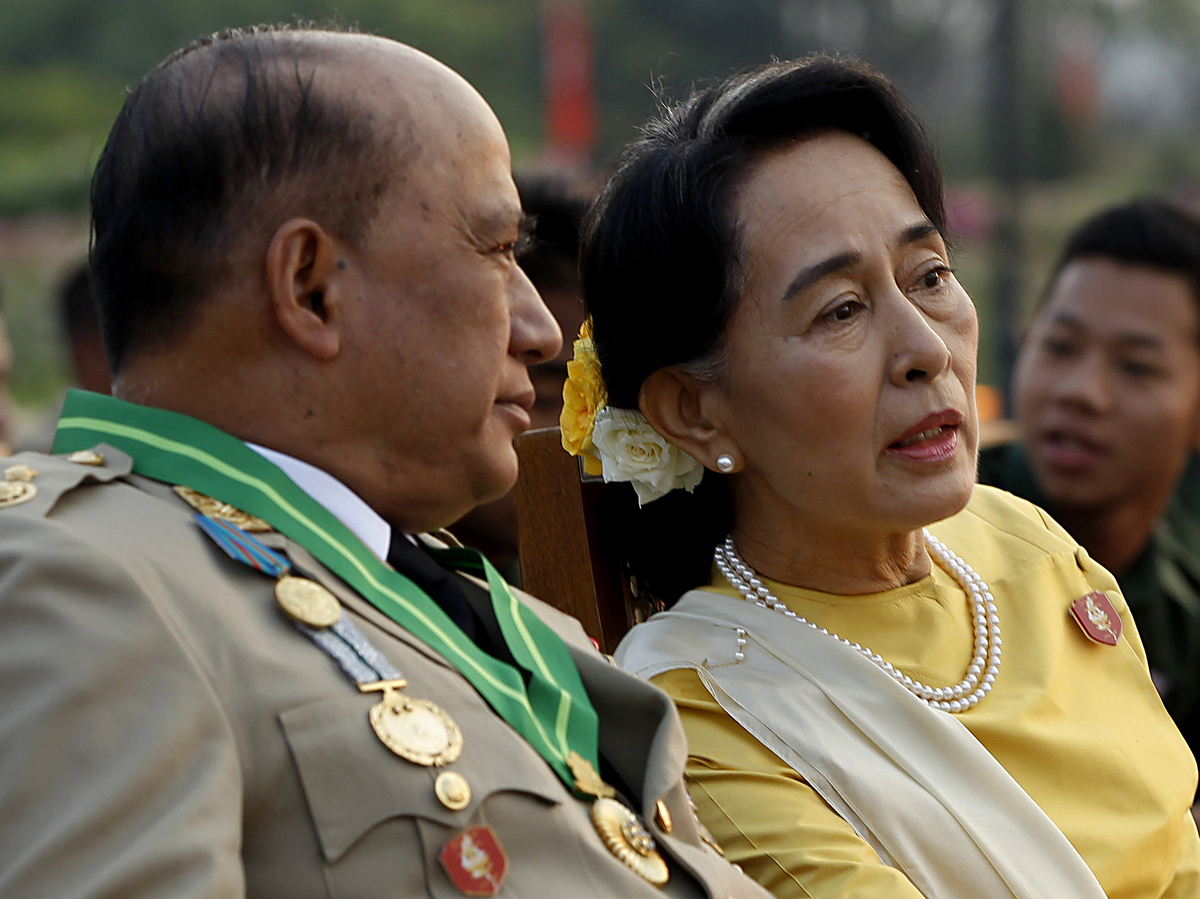 Myanmar's top military commander says the armed forces, which ruled the country (also known as Burma) for nearly five decades, will continue to play a "leading role" as it transitions to democracy.

Wednesday's statement comes as pro-democracy opposition leader and Nobel peace laureate Aung San Suu Kyi, who spent years under house arrest on orders of Myanmar's ruling junta, attended her first Armed Forces Day military parade. She sat in the front row next to a senior general, in a scene that The New York Times says "symbolized what members of her [National League for Democracy] party say is a fledgling partnership, jarring to some, that recognizes the military's continuing power in a country moving toward greater democracy."

"While the country is moving toward modern democracy, our military plays a leading role in national politics," he said. "We will keep on marching to strengthen the democratic path wished by the people."

The Associated Press reports at Wednesday's parade in Naypyitaw:

"Helicopters buzzed over the hills. Fighter planes let off flares. Dozens of mud-green tanks, armored personnel carriers and small artillery guns rolled by. A commander barked out orders, and the clicking of row after row of boot-polished heels came back like thunder. ...

"[Myanmar's president], Thein Sein, is a former general himself but has led a flurry of democratic changes. Still, the military remains a potent political force and is guaranteed 25 percent of seats in parliament, which is enough to block constitutional amendments."

Some 6,300 troops marched in the Armed Forces Day celebration, which commemorates Myanmar's uprising against Japanese occupation forces in 1945.

Suu Kyi is the daughter of Aung San, Myanmar's most famous general and founding father, who was assassinated in 1947.