Accessibility links
Banks In Cyprus Reopen As Island's Economy Hits Reboot : The Two-Way Cypriots face tough restrictions on how much money they can withdraw. And the island nation's economy, which is based on financial services, faces the prospect of having to start over again.

From 'Morning Edition': What makes for a good tax haven? 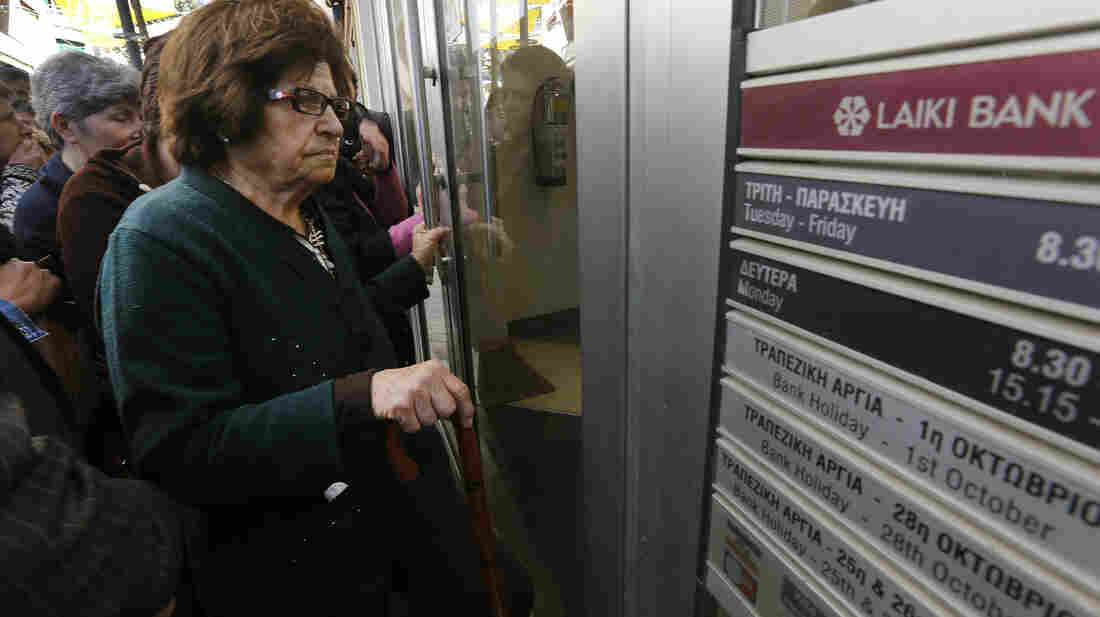 At a Laiki Bank branch in Nicosia, Cyprus, early Thursday, customers lined up to be among the first allowed in. Yannis Behrakis /Reuters /Landov hide caption 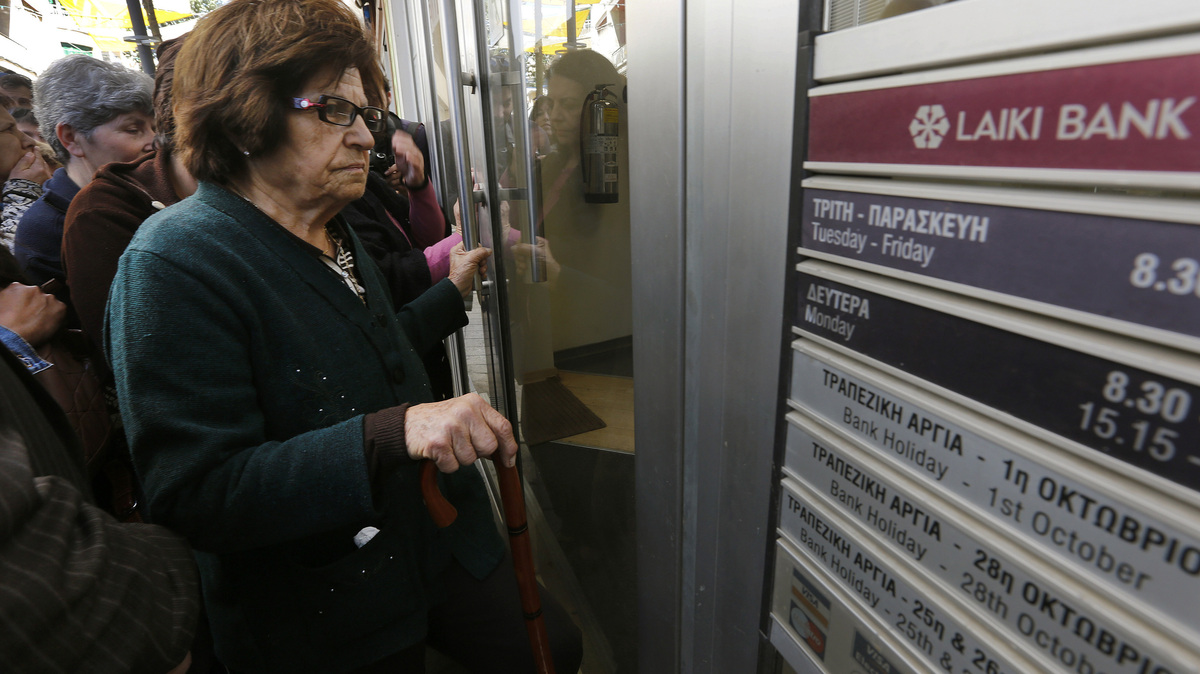 At a Laiki Bank branch in Nicosia, Cyprus, early Thursday, customers lined up to be among the first allowed in.

Banks in Cyprus reopened Thursday morning — after two weeks in which they had to keep their doors closed as European leaders worked out a bailout deal for the island's struggling financial sector in a bid to keep its problems from triggering similar crises in other ailing EU nations.

As Joanna Kakissis tells our Newscast Desk, "To prevent bank runs, the government has severely restricted cash withdrawals. These controls could last months." Daily withdrawals, for example, are limited to 300 euros (about $384), and no one can take more than 1,000 euros ($1,284) out of the country. Depositors who have more than 100,000 euros ($128,400) in their accounts face heavy taxes.

Even with the restrictions in place, the BBC adds that "branches were replenished with cash overnight and police and private security guards deployed amid fears of a run on the banks by customers."

On Morning Edition, Joanna explained how Cyprus became an international tax haven after 200,000 Greek Cypriots were forced to flee the northern part of the island when Turkish troops invaded in 1974 (current population: about 1.1 million). "Because the best agricultural land was in the north," Joanna reported, the new nation [in the south] based its economy on financial services." And over time, it became a popular place for wealthy Russians and other internationals to park their money.

But Cypriot banks made what turned out to be bad investments — notably, in Greek bonds that went bust after that nation's economy went sour in 2010.

Now, Joanna says, many Cypriots face the prospect of losing their jobs and the country "may have to start from scratch again, just like it did in 1974."

From 'Morning Edition': What makes for a good tax haven?

Morning Edition also had a conversation with University of Michigan Law School Professor James Hines about tax havens. According to Hines, the best tax havens are those with strong, transparent finance laws and a free press. Dictatorships, he noted, aren't attractive places to stash cash because dictators tend to make up the rules as they go along and there isn't an independent news media to keep them honest.

The world's biggest tax haven? Hines says it's the U.S. "By some measures, we are the best tax haven in the world, it just doesn't apply to Americans," he said. "We're a great big one, and Britain is probably No. 2."