Accessibility links
In Ritual, Pope Francis Washes The Feet Of Young Inmates, Women : The Two-Way The act was a break from tradition, because all popes in recent memory have washed the feet of fellow priests. Francis traveled to a youth prison where he washed the feet of inmates and women, two things a pope had never done. 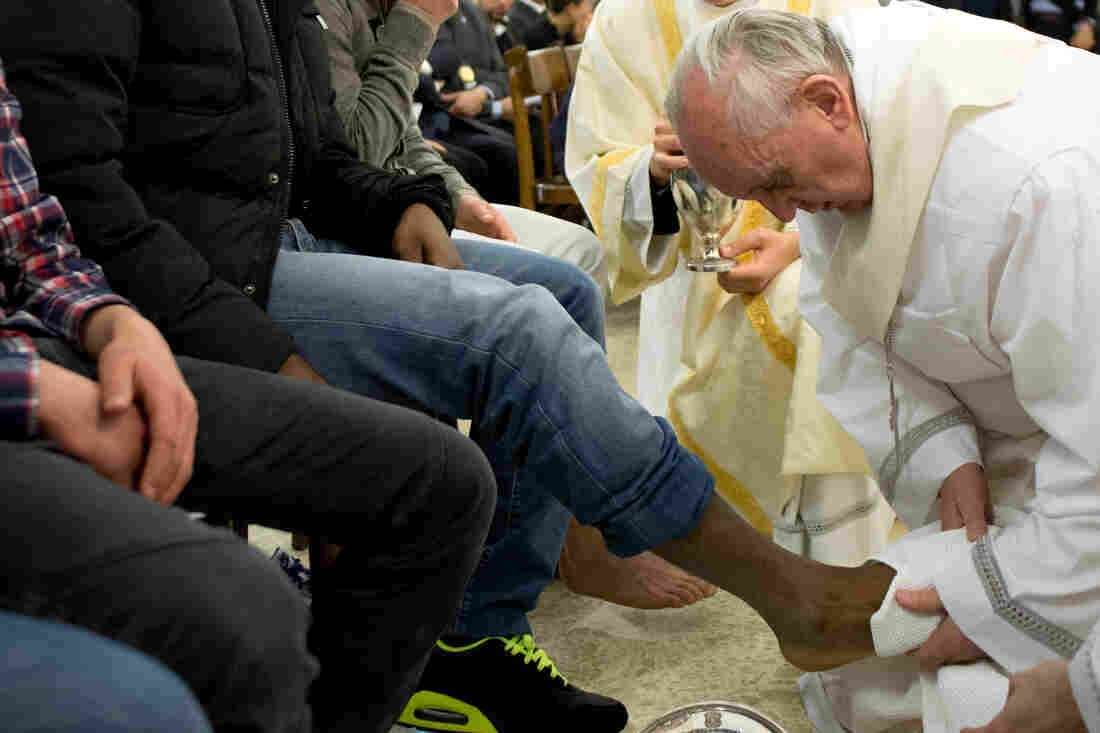 Pope Francis washes the feet of a prisoner at the Casal Del Marmo Youth Detention Centre during the mass of the Lord's Supper on Thursday in Rome. L'Osservatore Romano/Getty Images hide caption 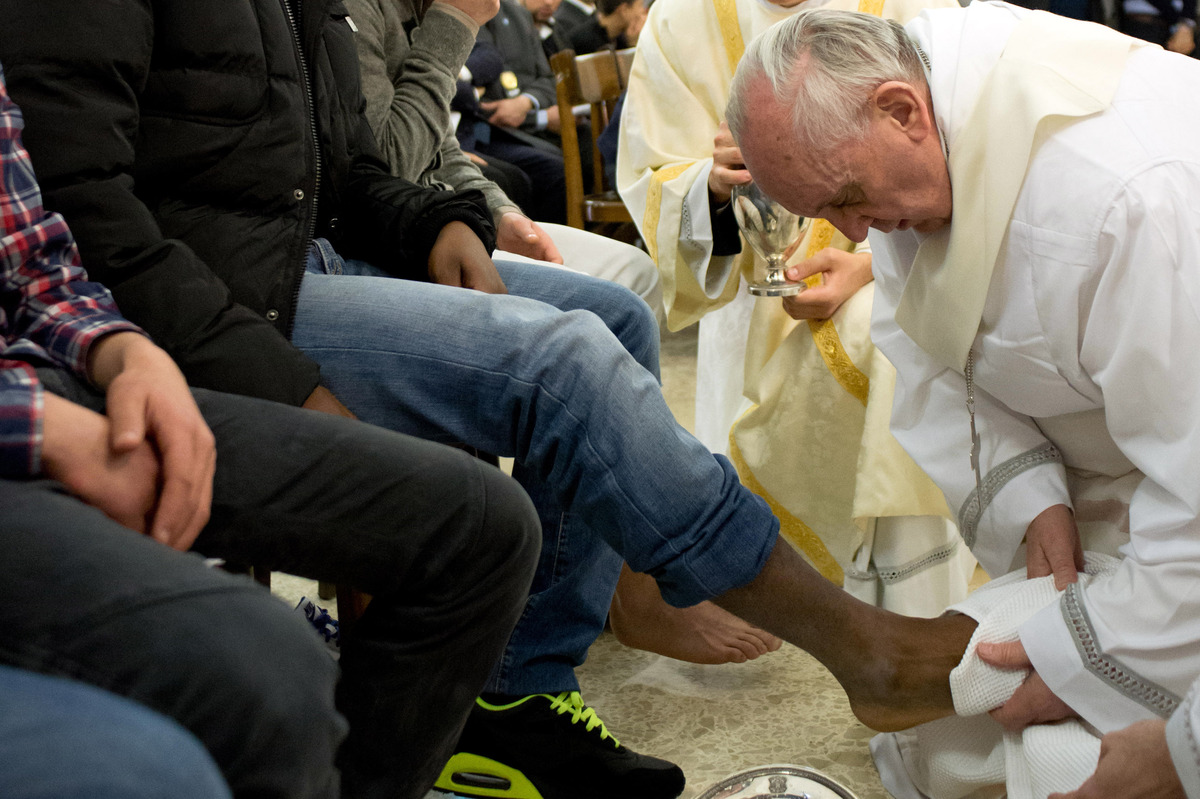 Pope Francis washes the feet of a prisoner at the Casal Del Marmo Youth Detention Centre during the mass of the Lord's Supper on Thursday in Rome.

During a Holy Thursday ritual, Pope Francis continued to break the traditions at the Vatican.

Pope Francis washed and kissed the feet of 12 young people at a youth prison. Among them were two women and two Muslims. The act was a break with tradition. As The Guardian reports, all modern popes have partaken in the ritual by washing the feet of fellow priests at either St Peter's or the Basilica of St John in Lateran.

"While the former Cardinal Jorge Bergoglio included women in the rite when he was archbishop of Buenos Aires, it was the first time women had taken part in a papal Holy Thursday ceremony.

"Taking the ceremony to a youth prison was also a papal first and Francis, who was elected only two weeks ago, said he wanted to be closer to those who were suffering."

The tradition is supposed to replicate a biblical story in which Jesus Christ demonstrates humility by washing the feet of the 12 apostles on the night before he was crucified.

NBC News reports that since Pope Francis became pope, he has "proved many times over that he wants to break away from clerical privilege, come down from St. Peter's throne and act as a humble servant of the faithful."

During a short homily before the ritual, the pope urged priests to go out into the world.

"It is not in soul-searching... that we encounter the Lord," he said, according to the BBC. "We need to go out ... to the outskirts where there is suffering, bloodshed, blindness that longs for sight and prisoners in thrall to many evil masters."

NBC News spoke to Catholics in Rome about the gesture:

" 'It almost feels like the Vatican found itself a very good marketing and communication adviser,' said Valeria Angela Montis, a 38-year-old Roman.

" 'But I must say I am happy to see a pope who doesn't think he is God on earth and teaches what Jesus taught 2,000 years ago ... teaching the church seemed to have forgotten years ago. Francesco is an honest pope!' she added."

Earlier this week, Francis made news for shunning the Apostolic Palace. Francis, instead, chose to live in Casa Santa Marta, "the Vatican City guesthouse that hosted him and the other Catholic cardinals during the recent conclave, the meeting that ended in Francis' election," National Geographic reports.