Accessibility links
French President Tries Again For Tax On Rich : The Two-Way In a TV interview, Francois Hollande said companies that pay workers more than 1 million euros will see the tax on those salaries increase to 75 percent. The announcement comes as the Socialist leader battles plummeting approval ratings. 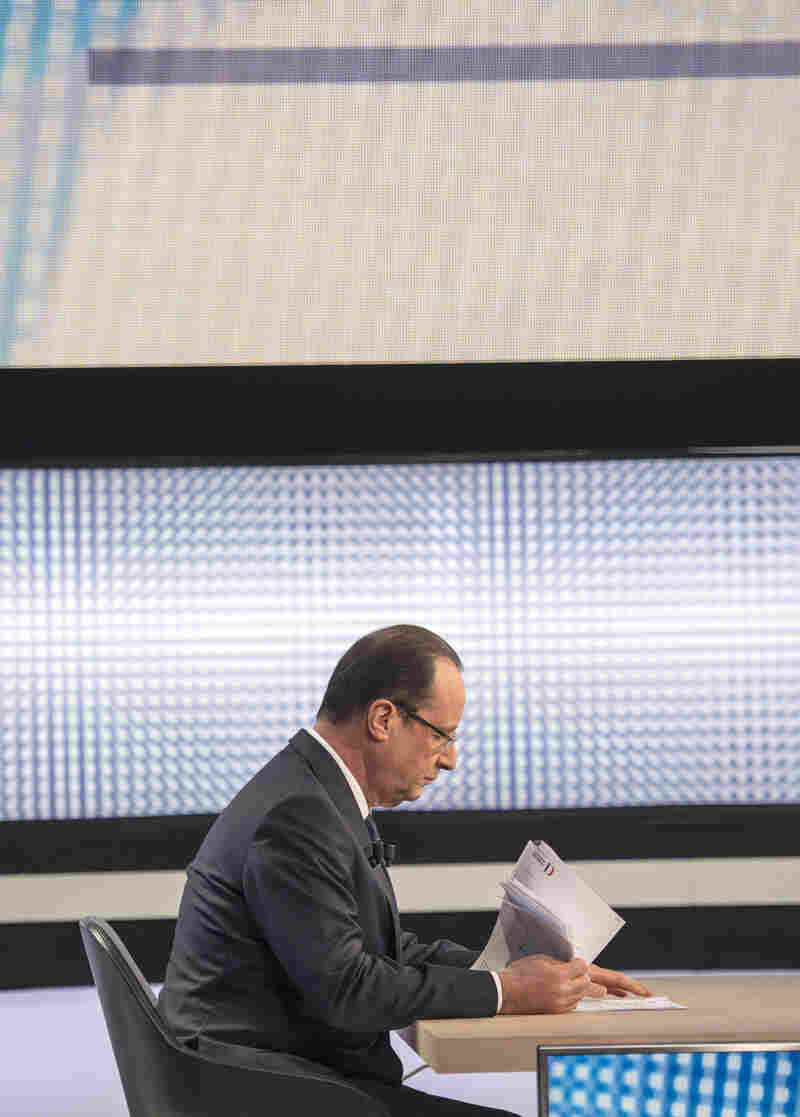 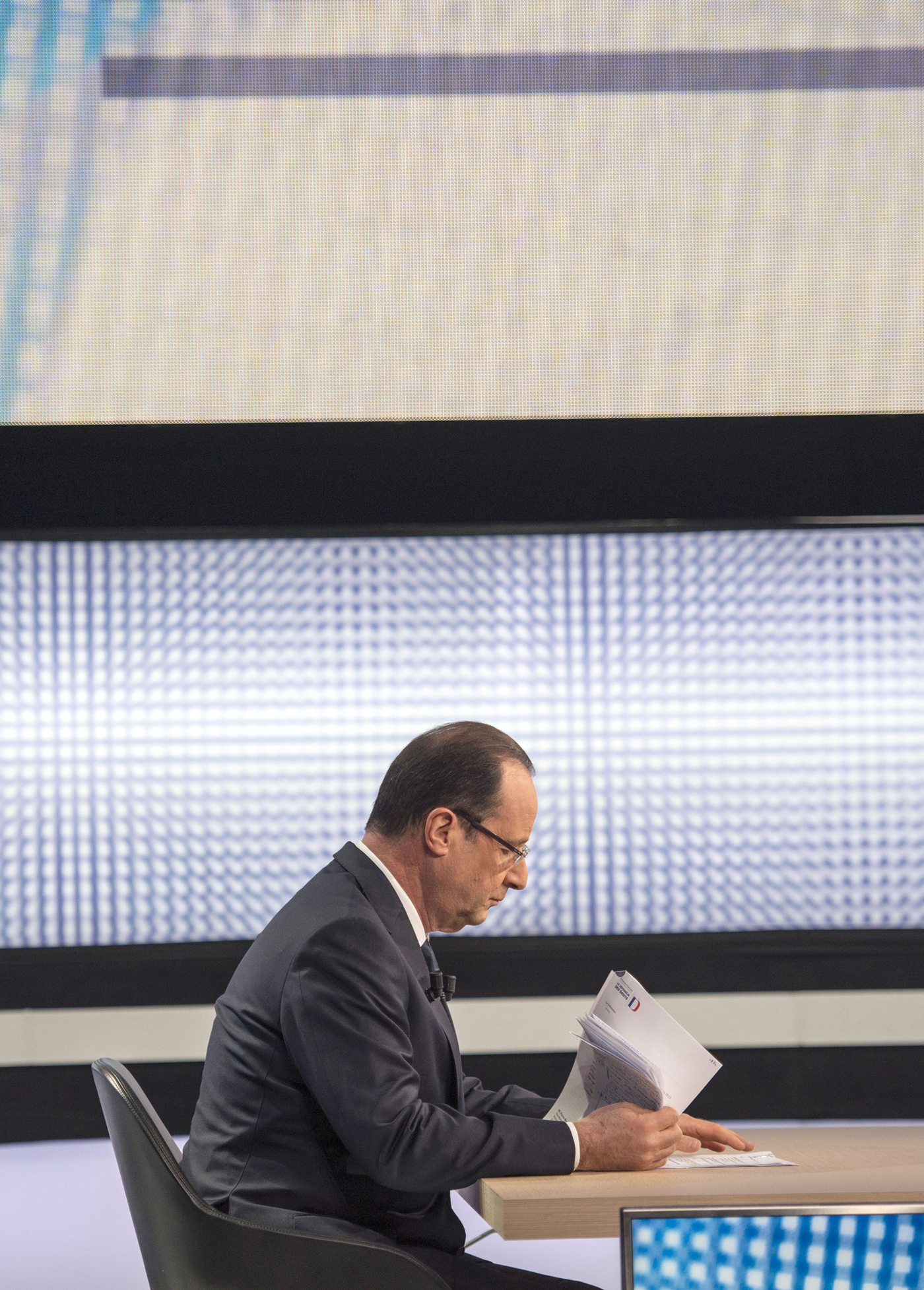 French President Francois Hollande is trying again with his 75 percent tax on millionaires.

Late last year, the French Constitutional Court rejected the Socialist's promise of a 75 percent income tax on the nation's highest earners. But on Thursday, Hollande appeared on France 2 TV news and announced his new plan: Companies that pay workers more than 1 million euros (about $1.3 million) would see the tax on those salaries increase to 75 percent.

He said the companies could avoid the high tax bill by reducing for two years the salaries of their top earners.

The interview comes at a trying time for Hollande. His approval ratings have plummeted, as NPR's Eleanor Beardsley reported late last year, and many of his pre-election pledges have remained unmet. Here's more from Reuters:

"Ten months into his term, the Socialist is battling to keep the public behind him. He has irked left-wingers with pro-market measures to foster growth, angered business leaders with high taxes and failed to stem a rise in unemployment to 10.6 percent. His ratings have slid faster than those of any other French president to as low as 22 percent as he has backtracked on growth and deficit targets. Few believe he can meet a promise to bring down the unemployment rate by the end of the year. The TV interview is part of a public relations push, including a two-day, hand-shaking tour by Hollande in southeast France this month. The trip backfired when hecklers asked what had become of campaign pledges and one was carted off by police."

But as Sophie Pedder, the Paris bureau chief of The Economist, said on NPR last year, Hollande's pledge to raise taxes was not an effort to raise revenue. Here's what she said:

"Well, it's quite interesting because he's been very clear that he doesn't expect to raise almost any revenue at all from the tax rate. He says what he wants to do is impose a sort of morality on high earners and on what he calls indecent wages. So he's really trying to kind of curve, I suppose, excess, and make sure that big bosses, big bankers, and those who are going to be in this sort of an earning bracket will reward themselves with the sort of salaries that people don't find outrageous. And that's what he's after. It's not about revenue."

Pedder said that "probably no more than 3,000 French households will be affected," and noted that Hollande's millionaire's tax plan was immensely popular when it was first announced.

But not everyone felt that way. Possibly the most famous dissenter was actor Gerard Depardieu, who quit France over the proposal.