Accessibility links
Commute From Earth To Space Station Just Got Shorter : The Two-Way The latest Soyuz reached the International Space Station in just six hours instead of two days. It was the first manned mission to accomplish the feat. 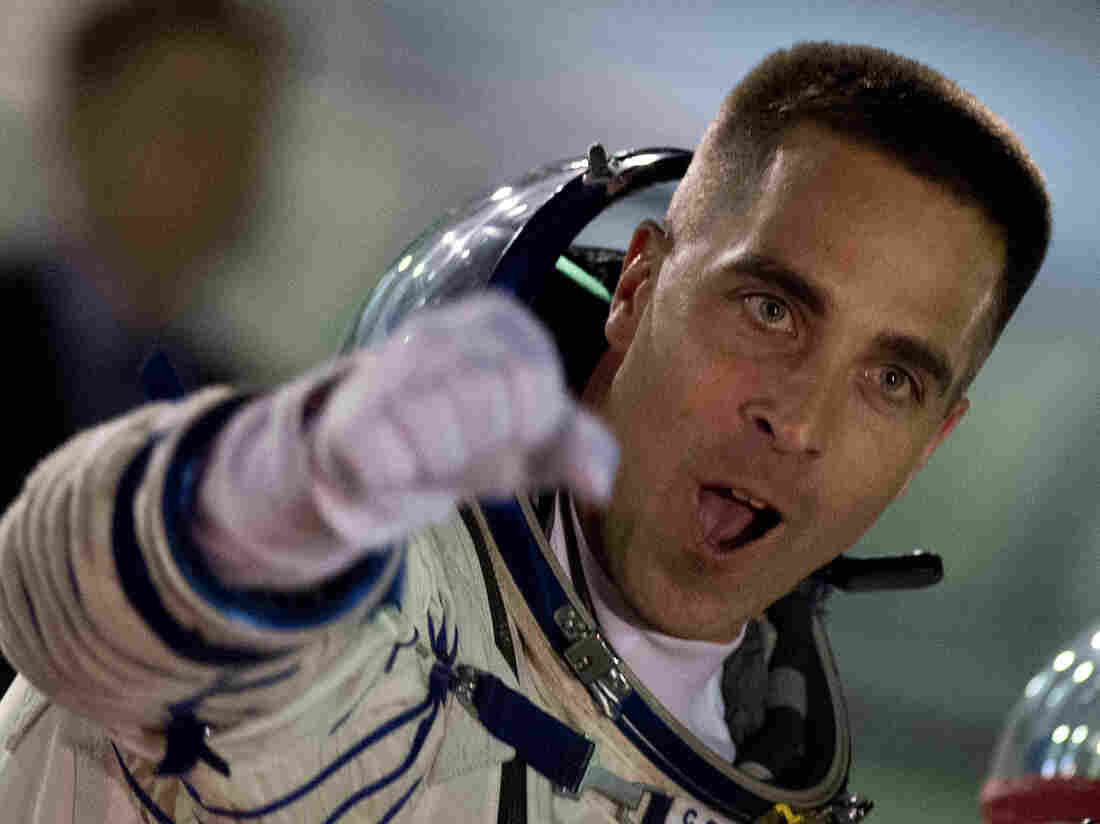 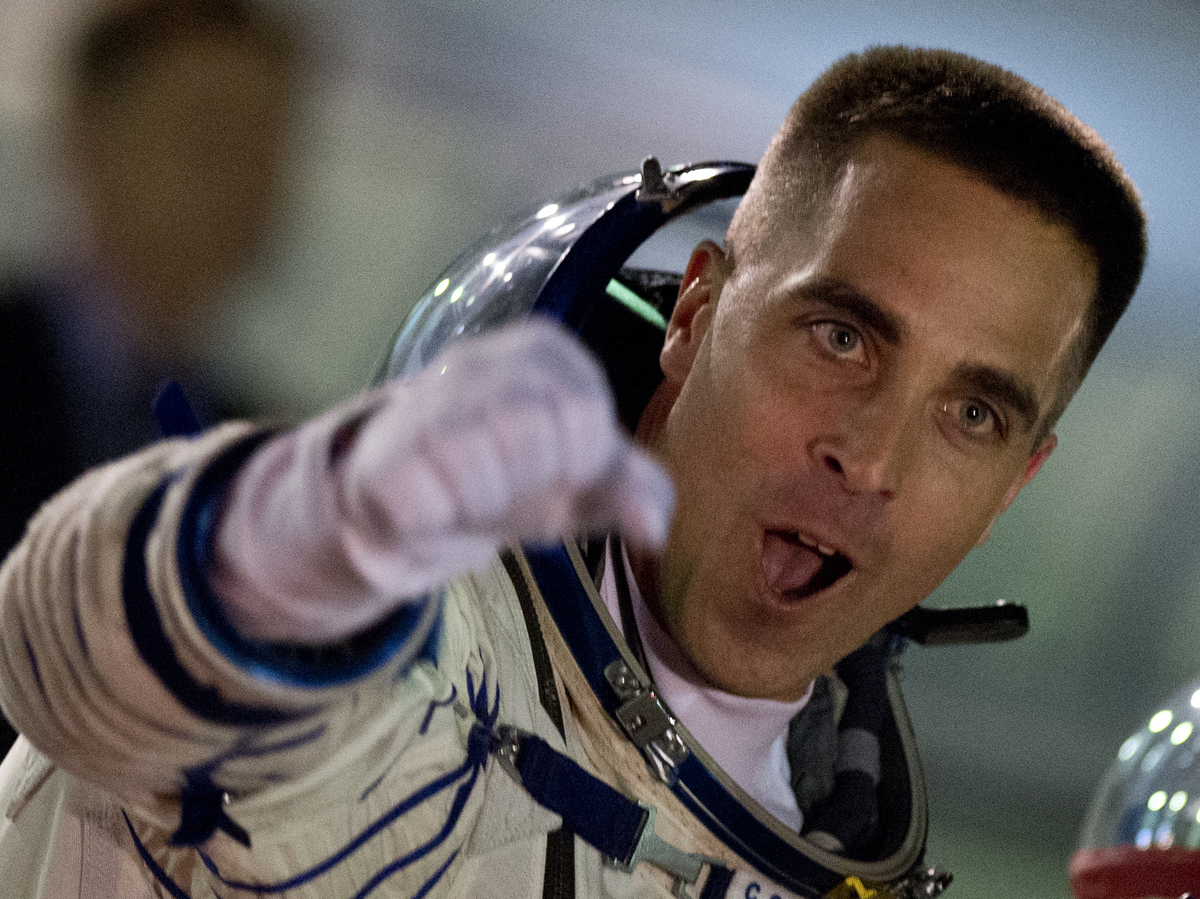 U.S. astronaut Chris Cassidy gestures before Thursday's launch of the Soyuz from the Russian-leased Baikonur Cosmodrome in Kazakhstan.

Three astronauts have arrived at the International Space Station after being the first to try out a new "express" route that slashes their launch-to-docking commute from two days to just six hours.

The crew of the Soyuz capsule, Russians Pavel Vinogradov and Alexander Misurkin and American Chris Cassidy, docked with the ISS late Thursday after blasting off from the Baikonur Cosmodrome in Kazakhstan. En route to the station, they made "only four orbits instead of the usual two-day launch-to-docking mission profile for a Russian spacecraft," NASA says.

Although the expedited trip has been successful twice before with unmanned cargo-carrying Soyuz capsules known as Progress, the mission that docked Thursday is the first manned crew to accomplish the feat. The BBC says the speedy launch-to-docking was accomplished by "using intricate ballistics maneuvers [that] succeeded in cutting out around 30 orbits and 45 hours from the flight time to the ISS."

According to Space.com, the procedure for the shorter flight is basically a compressed version of the longer one.

Not only does this save time for the crew, stuffed as they are in the cramped Soyuz, but since the Russian capsule can fly autonomously in orbit for only about four days, the shorter commute also means more fuel, oxygen and other supplies can be conserved for a possible emergency.